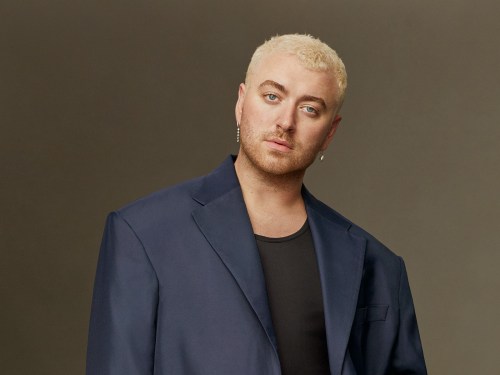 Following the success of their single “Unholy” with Kim Petras, Sam Smith is ready for what’s next: their fourth studio album. On Monday, the British singer announced that their LP Gloria will be released on Jan. 27, 2023.

“It feels like emotional, sexual, and spiritual liberation,” Smith said in a press release. “It was beautiful, with this album, to sing freely again. Oddly, it feels like my first-ever record. And it feels like a coming of age.”

On Instagram, Smith wrote a note to their “dearest sailors,” posting the LP’s cover, which features a serious portrait of Smith — with his hair bleached and with a scruffy beard — looking into the camera while wearing a golden earring of an anchor and a pearl.

“I’m feeling overwhelmed and emotional as I start to let go of Gloria and hand this work over to you,” Smith wrote. “It has been magical in every way to make this piece of music, and by giving this record to you, I am giving you part of my heart and soul.”

“Gloria got me through some dark times and was a beacon for me in my life,” they added. “I hope it can be that for you. Thank you for waiting so long. Only a few months now.”

Smith worked on the new album in Los Angeles, Jamaica, and London and tapped into past collaborators such as Jimmy Napes, Stargate, and ILYA. A press release describes Gloria as a “personal revolution” for Smith with lyrics about “sex, lies, passion, self-expression, and imperfection.”

It’s the “dazzling, sumptuous, sophisticated, unexpected and at times thrilling, edgy sound of Sam’s creative heart today,” according to the release.

The new record from Smith follows the 2020 release of Love Goes, which featured songs such as “Diamonds,” “Dancing with a Stranger” with Normani, and “How Do You Sleep?“

Since Love Goes, Smith has participated on the Dear Evan Hansen soundtrack, Smith released the single “Love Me More” and re-released a sped-up version of “I’m Not the Only One,” following a comeback on TikTok.