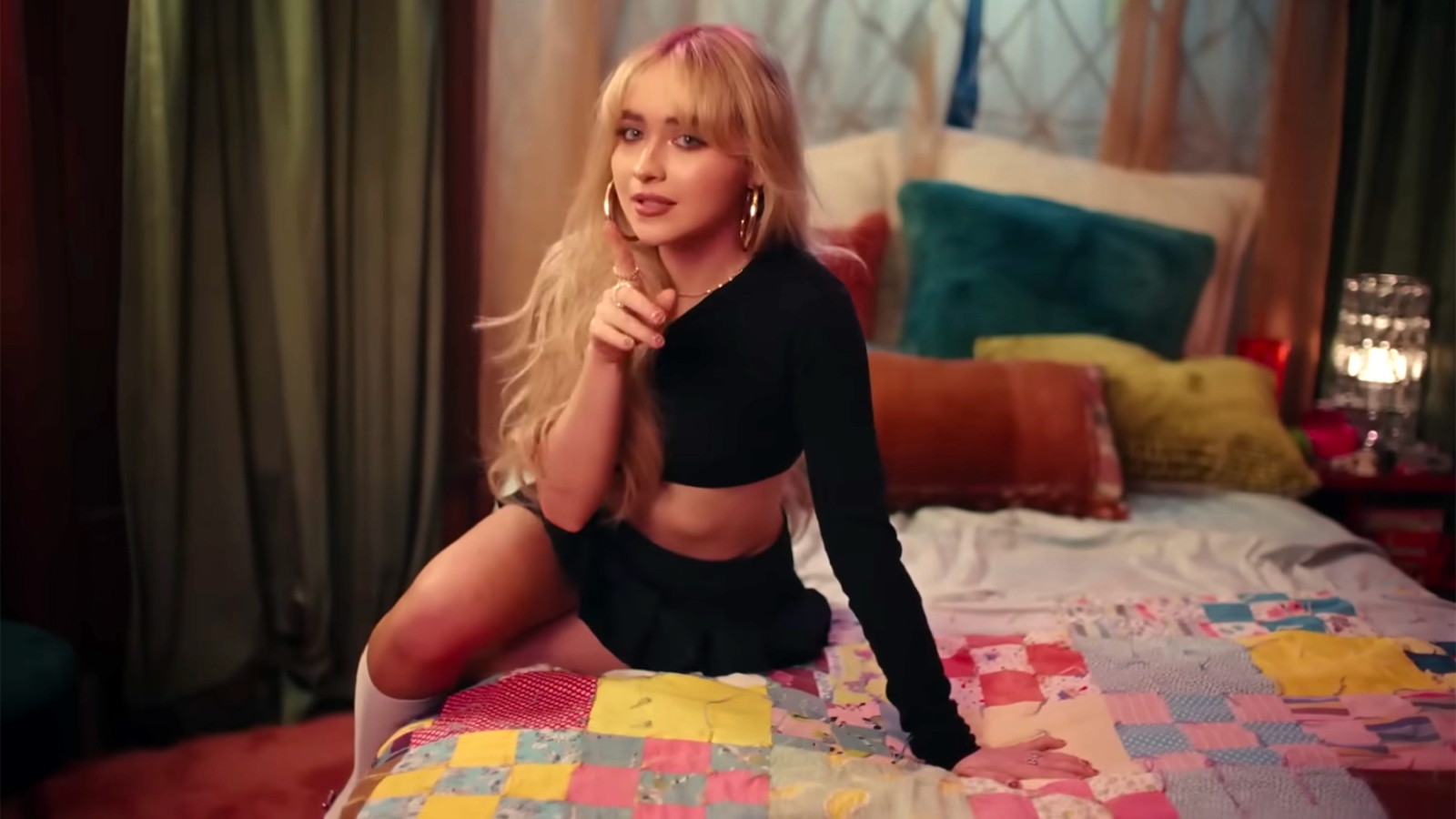 “Ask and you shall receive” isn’t so much of a cliché when you’re a Sabrina Carpenter stan. After fans requested over and over that she make a video for her song “Nonsense,” the Emails I Can’t Send singer delivered. On Thursday night, Carpenter released an “unserious” video that matches the song’s energy, which has been a fan-favorite on her tour. Plus, the visual features cameos from her real-life besties.

“The ‘Nonsense’ video really happened because of the fans persistently asking, and that’s the coolest feeling,” Carpenter tells Rolling Stone about the Danica Kleinknecht-directed visual, which follows the singer getting ready for a party alongside her real-life friends Paloma Sandoval and Gossip Girl‘s Whitney Peak, before heading to a party.

“I knew immediately I wanted my best friends to be in the video, and I wanted us to play our own boyfriends because the song is just too fun for the video not to be a riot,” Carpenter says.

At the get-together, Sabrina meets with the boy who’s had her “thinking nonsense”: a “Dipshit” hat-wearing, lip-biting dude, hilariously played by Carpenter herself. By the end, Sabrina and her “boyfriend” flirt outside the party as her now-famous song outro plays.

“I bet your house is where my other sock is/Woke up this morning thought I’d write a pop hit/How quickly can you take your clothes off pop quiz?” she sings.

“Track no. 9 has a video all bc of you guys!! nonsense video is out now and it is sooo unserious + def one of my favorite videos may b ever,” Carpenter said on Instagram.

The track, and specifically the outro, garnered traction on TikTok — and during her Emails I Can’t Send tour — as she chaotically modified the song’s ending to fit the city she was performing in.

“You’re so hot I must proceed with caution / It’s wicked awesome to be here in Boston / If your ex wants you back it’s gonna cost him,” she sang in Boston. And in Los Angeles, her outro was even more pointed: “I’ve got a personality but no tits. This song is not about Joshua Bassett. Los Angeles, your energy is big dick.” (Bassett and Carpenter dated, in case you were wondering.)

Before her tour, Carpenter opened up to Rolling Stone about sharing her personal life in her album’s lyrics, which featured songs like “Because I Liked a Boy,” “Vicious,” and “Fast Times.”

“I had to fight the urge to do what I normally do — cover it up with confidence — and instead just actually feel those feelings,” Carpenter said at the time. “The tolerance for bullshit in the last two years really minimized for me.”