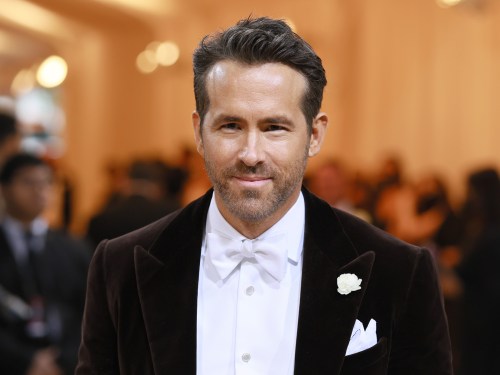 We’re getting Will Ferrell and Ryan Reynolds in the same holiday film, Spirited — so of course, there had to be some cheesy new Christmas songs to come with it!

On Friday, Republic Records released the first single from the movie’s soundtrack, “Bring’ Back Christmas,” where Reynolds — who plays Clint in the film — convinces listeners to purchase real trees, not “plastic pines,” in an effort to return to the classic roots of the holiday.

The song ends with a roast session from Reynolds about his neighbor Doug and his artificial tree: “Easy peasy, poor, lazy, deplorable Doug who cares more about convenience than the happiness and respect of his town, his country, and our sacred holiday.”

This is just one of the 12 original songs fans of Christmas carols will get from this film, including some duets between Ferrell and Reynolds.

The release of “Bringin’ Back Christmas” comes just a few days after Apple TV released the trailer for Spirited, which reinvents Charles Dickens’ A Christmas Carol, and captures Ferrell and Reynolds — along with Octavia Spencer — embarking on a holiday adventure. The film, directed by Sean Anders, is in theatres on Nov. 11 and on Apple TV+ on Nov. 18.

The trailer opens with Reynolds and Ferrell doing an intricate tap dance number, then wondering wildly where they learned to do all that choreography. The clip closes with Ferrell struggling to remember the name of that sweet little boy with the one crutch — not Tiny Tim, but something like “Little Larry… Micro Mike… Super Small Steve.”