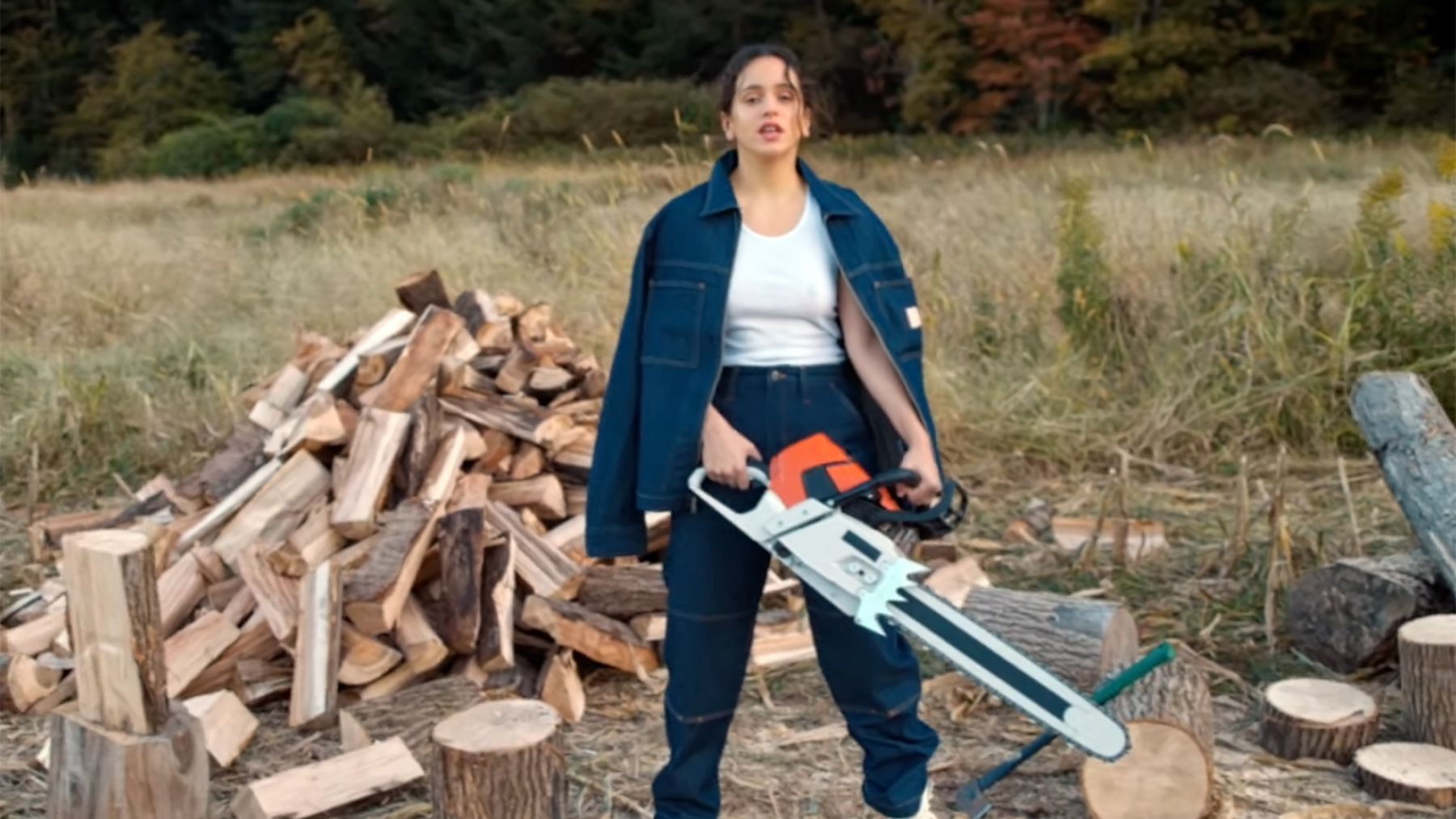 Rosalía flows free in the forest with a hatchet and a chainsaw in the new, nature-roaming music video for “Delirio de Grandeza.”

The Mitch Ryan-directed music video, which dropped Wednesday, follows the Spanish singer exploring nature as she starts a fire by a tent, chops her own wood (she poses with a chainsaw but never turns it on), and runs through the forest.

“The ambition, the delusion of grandeur/Made of me a martyred being,” she sings in Spanish in the chorus. “Because I was madly in love/Woman, I don’t deserve such lowness.”

The au natural video is a stark contrast to the occasionally futuristic, dance-filled video approach to her past visuals for her album Motomami. Videos for “Candy” and “Chicken Teriyaki” saw the singer surrounded by dancers in a city setting as she performed choreography.

The “Delirio de Grandeza” video shows the singer running through creeks and prancing through the mud as she plays with a bow and arrow. (And she also poses with the fluffiest dog.)

“I thought it was a great idea to write a song about that, about fame, because I do want everything that surrounds me to impact my music, my sound. And then, let it be whatever God wants,” Rosalía told Rolling Stone en Español last November about the track. “I didn’t begin my career by making hits. If I have any, it’s thanks to the people who have shown their support. I think I’ll try to continue working like this, working on projects, making music I believe in. If I happen to have a big song, cool!”

A 4-star Rolling Stone review for the Spaniard’s album described the record as “a reaction to all that fame, attention, and discord, one that refracts the noise that’s surrounded her for the last few years, bends it to her will and launches it back into the ether.”