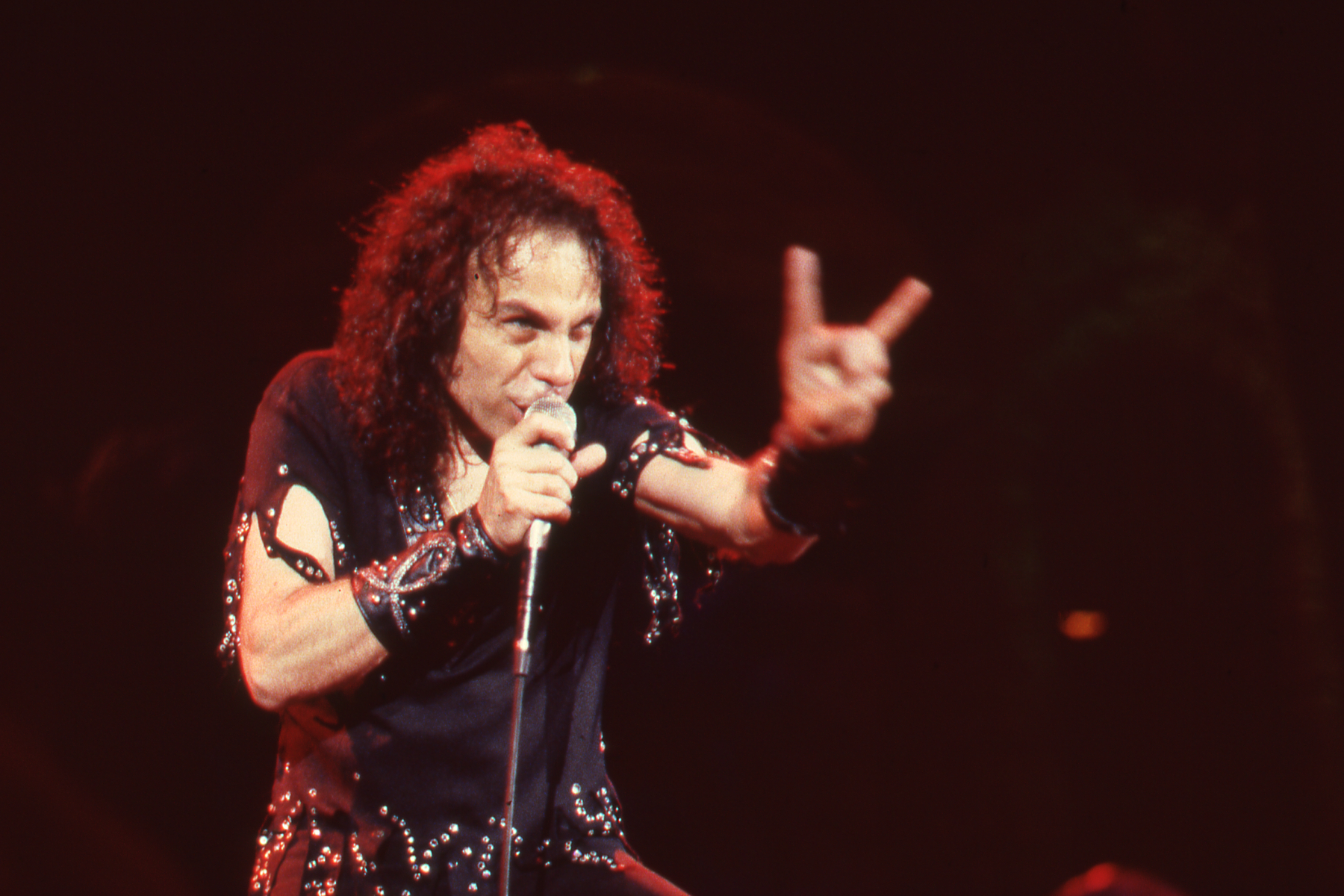 Ronnie James Dio orchestrates heavy metal’s own version of “We Are the World” in a new clip from the upcoming documentary, Dio: Dreamers Never Die. The film will get a special two-night theatrical run on Sept. 28 and Oct. 2.

The clip centers around “Hear ’n Aid,” the 1986 charity record Dio spearheaded to raise money for famine relief in Africa. As Dio’s widow and longtime manager, Wendy Dio, notes in the clip, the record came about because neither Dio, nor any of his other metal peers, were invited to partake in similar efforts like “We Are the World.” “Ronnie had wanted to be part of that,” Wendy says, “but we were nasty, heavy metal, dirty people.”

Along with remarkable footage and isolated audio of Dio recording his vocals for “Hear ’n Aid,” the clip features some behind-the-scenes footage from the sessions and contemporary interviews with some artists who participated. Judas Priest’s Rob Halford says, “Ronnie just wanted to show that we want to help, too, but do something that’s a little different.” He adds later, “You’ve got all of these people, we all know about each other and what we’re famous for doing, or not doing. Ronnie was the captain of the ship, and he steered us through what could’ve been an absolute catastrophe!”

Directed by Don Argott, Dreamers Never Die is the first documentary about Dio authorized by the late musician’s estate (Wendy Dio served as an executive producer on the film). The film covers the entirety of Dio’s career, from his early days as a doo-wop singer to his time fronting his eponymous band, Dio, and features an array of never-before-seen footage and personal photos. The film also includes interviews with Dio’s many peers, bandmates, and admirers, including Tony Iommi, Geezer Butler, Glenn Hughes, Vinny Appice, Lita Ford, Rob Halford, Sebastian Bach, Eddie Trunk, and Jack Black.

For the two-night cinematic run, the documentary will be accompanied by a selection of outtakes. A list of participating theaters is available on the Dreamers Never Die website, where tickets will also go on sale next Wednesday, Aug. 24, at 10 a.m. ET.