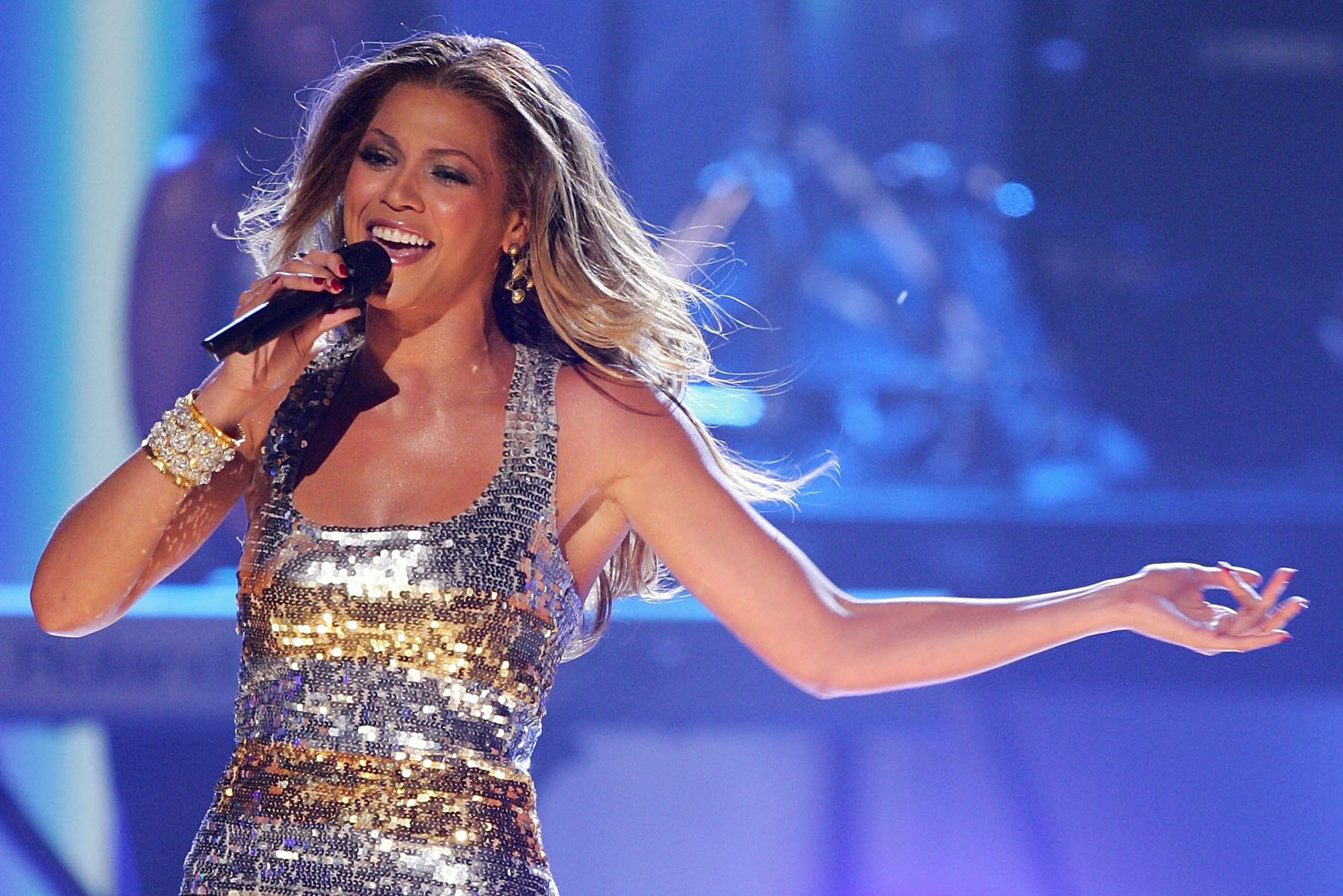 Beyoncé’s 2006 single “Deja Vu,” from her second solo album, B-Day, topped Rolling Stone‘s recent list of the 70 greatest Beyoncé songs — released to celebrate her seventh solo album, Renaissance. In the new episode of Rolling Stone Music Now, legendary R&B producer Rodney “Darkchild” Jerkins — who’s collaborated with Michael Jackson, Brandy, Whitney Houston, Toni Braxton, and Mary J. Blige, among many others, and is currently working on songs for SZA’s next album –  told the full story behind making that song.  To hear the whole episode, which also includes an interview with producer Scott Storch on the making of “Baby Boy” and more (plus Mankaprr Conteh breaking down our list), listen on Apple Podcasts or Spotify, or press play below.

“Deja Vu” is so musical, especially for the time that it came out. That mid-2000s season was very hip-hop-dominated. I still listen to the demo. I just remember me and [bassist] Jon-Jon [Webb] were in my car and we were going to 7-11 to get one of those Slurpees. I had already got commissioned to work on Beyoncé’s project. So I knew I was gonna be in New York with her in the next few days, working on something. Didn’t know what it was gonna be.

As we were riding to 7-11, I told Jon-Jon, “Man, what if we gave Beyoncé some Michael Jackson-type stuff?” I worked with Michael and I’m a big fan, but Beyoncé was probably the only female artist that was challenging herself in a way that Michael would, and that could really entertain in that way.

We were listening to the Off the Wall album, listening to “Don’t Stop ‘Til You Get Enough.” My studio was not even five minutes from 7-11, and on our way back, we went right to the studio and I started going “da, da” — that little guitar-line, with a guitar sound I had on my keys.  I started playing that and Jon-Jon started playing that crazy bass line. Next thing you know, between [co-writers] Deia Thomas and Mekeba Riddick, the vocals and the lyrics started to come together quickly.

I wanted to give her that Michael Jackson change, going to a major seventh chord. A lot of music is all about that quick four-to-eight bar loop that just keeps going the whole way. Instead, I wanted you to be able to listen to the instrumental and it takes you on a journey. I was already envisioning the live horns and everything, because I was playing synthetic horns.  And of course, when I played it for Beyoncé the first time, I’m like, “Yo, I want to put live horns on this. I wanna make this really big.” And she was like, “Let’s do it.”

Then she came up with the whole idea of the whole [spoken-word] intro. It’s like some James Brown-type stuff. I just remember Beyoncé blowing our minds in the booth. I have the sessions on videos. Sometimes I go back and watch her and Jay-Z in the booth. And one day hopefully in my documentary, the world will get to see it. But I watch it and it just blows my mind. She attacked things so raw and in your face. You gotta remember, we weren’t using Auto-Tune. We had Auto-Tune, but we didn’t use it on her. And the song was intricate. That song had a lot of harmonies and notes that were somewhat unconventional for regular, mainstream music.

She just goes at it with such intensity. I’m telling you, when I work with her, it reminds me so much of working with Michael. She has that same type of intensity in the booth. And the thing about her too, is she pushes herself. You can push her and she wants to be pushed, but she pushes herself too, because there’s moments where she’ll do something and it’s flawless and everybody in the room knows it’s flawless. And she’ll say, “Let me get that again.” And you kind of look at her like “B, you nailed it.” And she says, “I can get it better.” It’s a 10, and she’ll keep going. It could be a little bit something extra, maybe just a little rasp or something in it. Next thing you know, it turns into, like, a 13, just that quick. You’re just like, whoa, she nailed it — and she did exactly what she said she was gonna do.

We did the record and then I got the call that Jay was gonna rap on it. And I was like, what? I had to go back to New York. Next thing you know, Jay’s in his booth and he’s laying down verses too, and I was like, “Whoa, this is becoming bigger than what I thought.”

I remember when Jay first went in the booth. He was trying to catch the beat, ’cause the beat is a little unconventional.  So he was trying to catch that rhythm. Jay doesn’t write his words down on paper, of course. He just goes in there. He was sitting down in the chair, listening to it over and over again. And then he went to the booth and he laid it down, and it was a different rap. He wasn’t happy with it. So he went in there and he laid something completely different. And we thought it was perfect.  And he’s like, “Nah.” And then he went back in and did another version. That’s the one you guys hear.

Beyoncé wanted the track to be a little more hip-hop-friendly. She wanted that bottom end, she wanted to dance. When I first presented it to her, there was no 808 [drum machine] in it. And Beyonce was like, “It needs 808 in it.” It’s a tough task to merge an 808 with a live bass. I think I tried something like 15 808 [sounds] until I found the right one. And the one I found wasn’t even great, though.  The one you hear in the record is probably like a six out of 10 to me. It was the best of what I could find. But I gotta give it to the mix engineer, who figured out a way to take it to a 10. So we conquered that challenge, and the rest was history.