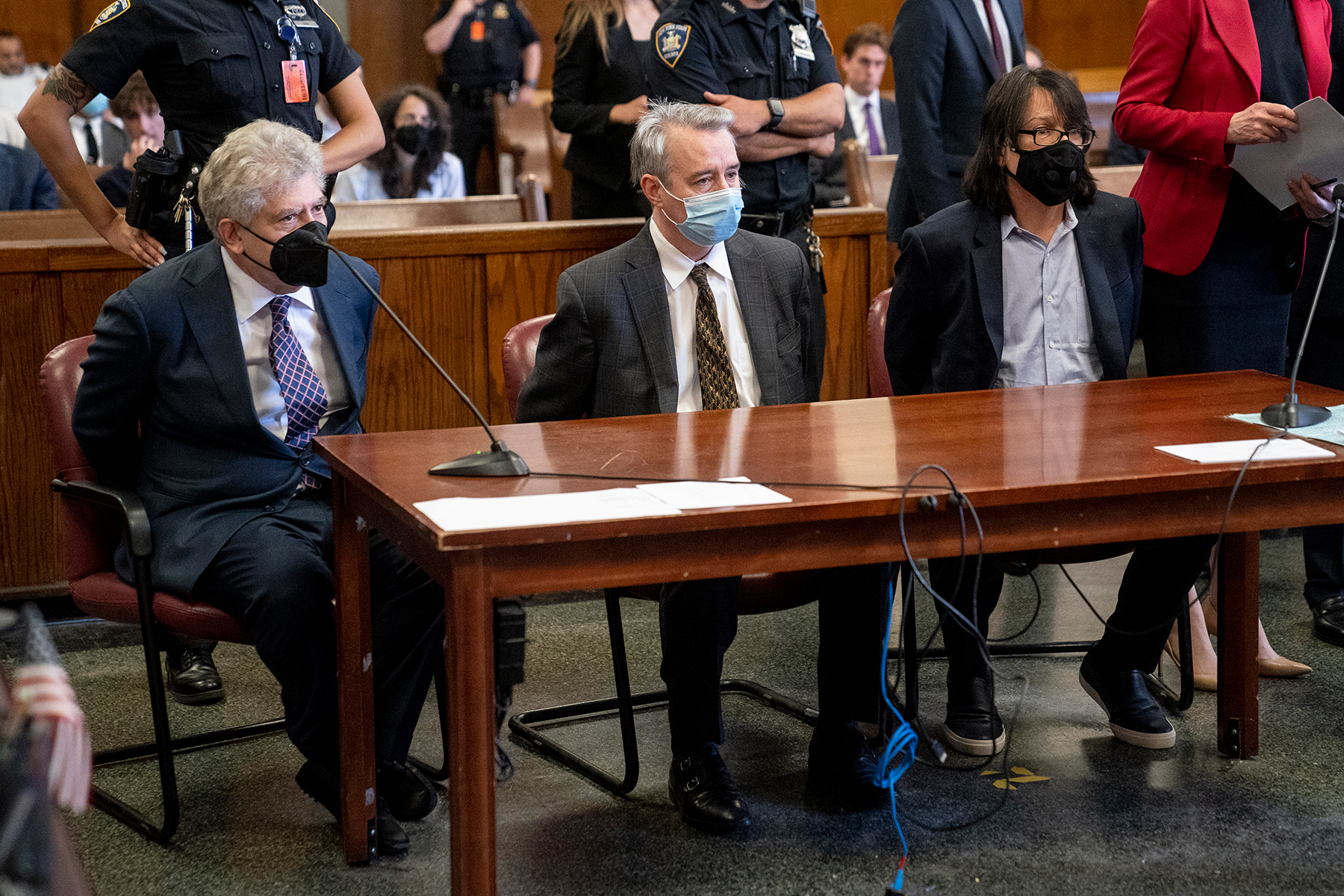 Three men, including a curator for the Rock and Roll Hall of Fame, were charged on Tuesday over allegedly possessing a trove of stolen handwritten notes and lyrics by the Eagles’ co-founder Don Henley, with New York officials estimating the documents are worth more than $1 million.

Curator Craig Inciardi, Glenn Horowitz, and Edward Kosinski are all accused of being involved in a conspiracy that sought to peddle nearly 100 pages of Don Henley’s handwritten notes and lyrics from “Hotel California” and “Life in the Fast Lane” to potential buyers. (Attorneys for the men claimed their clients were innocent and would “fight these unjustified charges vigorously.”)

Henley has been trying to recover the manuscripts for years after the documents were allegedly stolen in the 1970s by an unnamed biographer, who pawned them off to Horowitz in 2005, according to officials.

Horowitz allegedly brought Inciardi and Kosinski into the fold, and the trio began working to sell off the documents to various auction houses, including Sotheby’s and Christie’s, as well as trying to “coerce” Henley into buying back the property that rightfully belonged to him, officials said.

The DA’s office began investigating the matter shortly before founding member Glenn Frey’s death in January 2016, claiming that Horowitz hatched a plan to claim the documents had belonged to Frey, making the criminal investigation against the men fall apart. He allegedly wrote in an email that “identifying [Frey] as the source would make this go away once and for all.”

Rolling Stone has learned that Inciardi has since been suspended from his role at the Rock and Roll Hall of Fame, with President and CEO Joel Peresman informing board members of the decision shortly before news of the indictment went public.

“At this time we do not know whether Craig engaged in any wrongdoing,” he wrote in a letter obtained by Rolling Sone. “He will remain on leave pending the resolution of the third party internal investigation and the extent of the charges once the indictment is unsealed.”

In a statement provided to Rolling Stone, the Eagles manager Irving Azoff said the band was pleased with the indictments and Henley was looking forward to the documents return.

“This action exposes the truth about music memorabilia sales of highly personal, stolen items hidden behind a facade of legitimacy,” he said. “No one has the right to sell illegally obtained property or profit from the outright theft of irreplaceable pieces of musical history. These handwritten lyrics are an integral part of the legacy Don Henley has created over the course of his 50-plus-year career,” he added.”

Manhattan District Attorney Alvin L Bragg similarly celebrated the news in a press release announcing the indictments. “New York is a world-class hub for art and culture, and those who deal cultural artifacts must scrupulously follow the law,” he wrote. “These defendants attempted to keep and sell these unique and valuable manuscripts, despite knowing they had no right to do so. They made up stories about the origin of the documents and their right to possess them so they could turn a profit.”