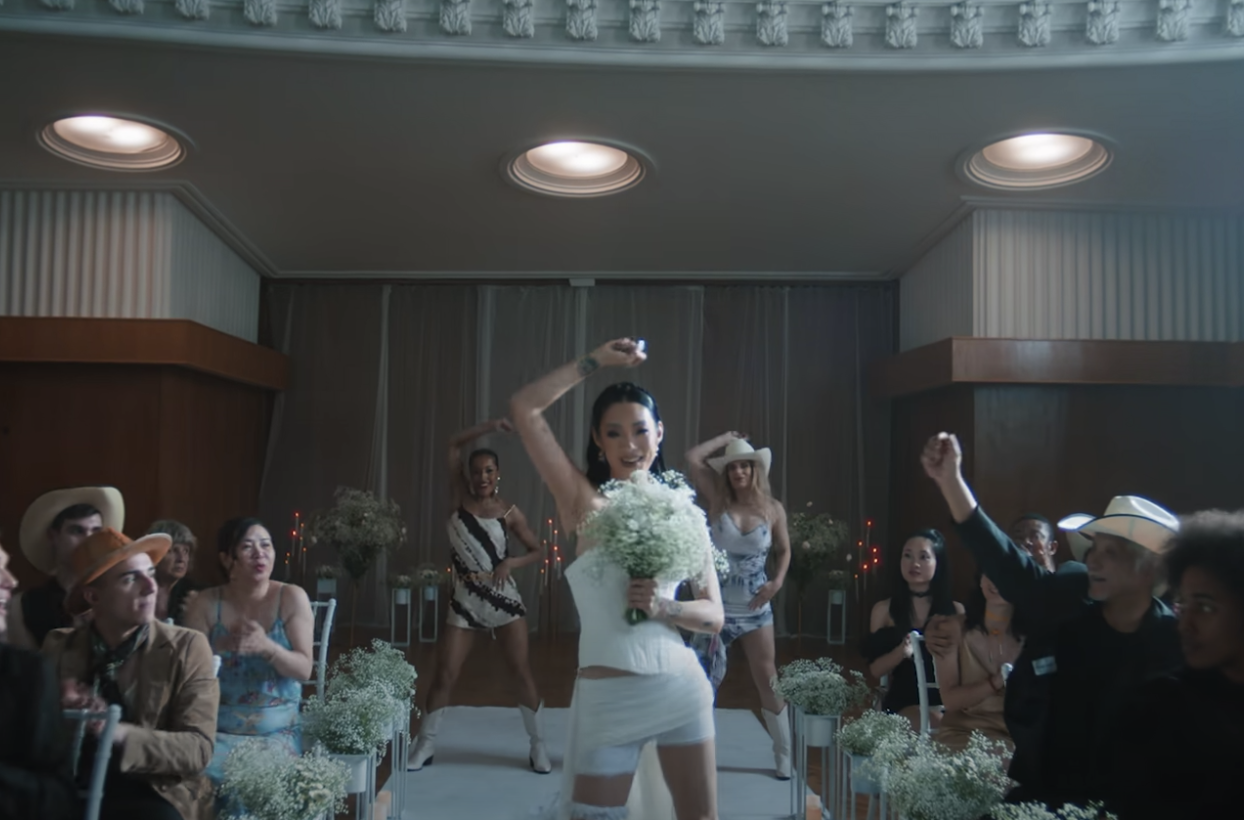 Rina Sawayama has premiered a rousing new music video for her single, “This Hell.” In the clip, directed by Ali Kurr, the singer attends her own cowboy-themed wedding and afterparty, complete with line dancing and shots.

“It was amazing to get back together with director Ali Kurr for the video for ‘This Hell,’” Sawayama said in a statement. “We always like to tell engaging stories through film together so this one was about love and community in the face of hatred and dissent.”

“This Hell” is the lead single from Sawayama’s forthcoming sophomore album, Hold The Girl, out Sept. 2 via Dirty Hit. The pop-meets-country track was co-produced by Paul Epworth and Clarence Clarity and written by Sawayama alongside Vixen, Epworth, and Lauren Aquilina. It includes a  a cheeky nod to country trailblazer Shania Twain with opening line, “Let’s go girls!”

“It’s an important song for me given the human rights that are being taken away from minorities at a rapid rate in the name of traditional religious beliefs, more specifically I was thinking about the rights being taken away from the LGBTQ community when I wrote this song,” the singer noted. “When the world tells us we don’t deserve love and protection, we have no choice but to give love and protection to each other. This Hell is better with you.”

Sawayama recently performed “This Hell” on The Tonight Show, showcasing the club-ready track with a choreographed line dance routine. She will embark on a brief tour of the U.K. in support of Hold the Girl this fall, with additional appearances scheduled at a handful of festivals — including Primavera Sound in Spain and Japan’s Summer Sonic festivals in Tokyo and Osaka — throughout the summer.