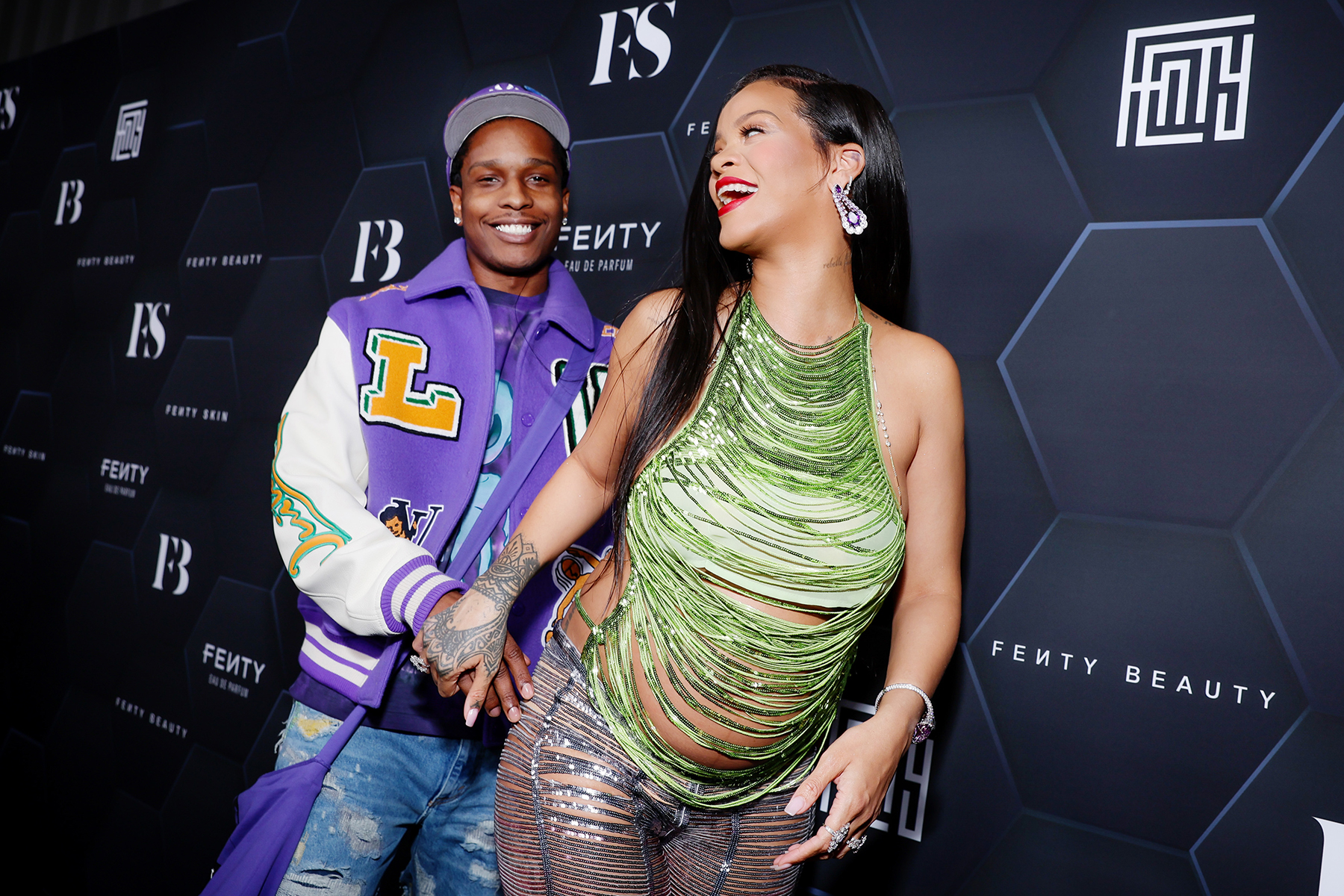 Mama Riri and A$AP Daddy! Rihanna and her boyfriend A$AP Rocky have officially welcomed their first child, according to People.

“Rihanna is doing well. They are very excited to be parents,” a source close to the couple told People. “Rihanna is already a wonderful mom.”

Rih and Rocky have become a music power couple and the Fenty Beauty founder has been known for going out and about showing her baby bump throughout her pregnancy.

Earlier this month, Rihanna was even featured in the music video for Rocky’s track “D.M.B” where the two are seen running the streets of New York City and Rocky proposes to Rih via grills.

“She got bank accounts, too/With big amounts, shit you couldn’t count,” Rocky raps about Rihanna’s riches. “Just pick the number that you couldn’t count to/Like an attitude, curve a n— when she didn’t have too/Around the lords like a British counsel.”

In one scene, the video shows closeups of both stars’ teeth, bedazzled by grills with the words “Marry me?” and “I do.”

Rihanna’s pregnancy was first revealed in January when the couple was photographed taking a stroll in New York City. In one of the photos, Rocky was seen giving Rihanna a kiss on the forehead.

The couple has been dating for about two years with Rocky telling GQ last May that she was “the love of my life.” (In the interview he also shared that becoming a father was “in my destiny, absolutely.”)

“So much better when you got ‘the One,’ ” he said then. “She amounts to probably, like, a million of the other ones. I think when you know, you know. She’s the One.”

He later added, “I think I’d be an incredible, remarkably overall amazing dad. I would have a very fly child. Very.”

Rihanna appeared with her belly bump on the cover of Vogue this month and spoke about her pregnancy.

“When I found out I was pregnant, I thought to myself, ‘There’s no way I’m going to go shopping in no maternity aisle,’ ” Rihanna says. “I’m sorry — it’s too much fun to get dressed up. I’m not going to let that part disappear because my body is changing.”

She also shared that the two weren’t planning to have a baby but weren’t “planning against it” either.

“I don’t know when I ovulate or any of that type of shit. We just had fun,” she said. “And then it was just there on the test. I didn’t waste any time. I called him inside and showed him. Then I was in the doctor’s office the next morning and our journey began.”