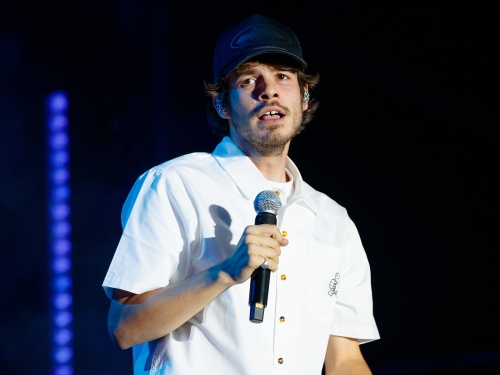 The musician, born Alexander O’Connor, appeared in court to deny allegations that he assaulted a woman six times

Singer Rex Orange County, born Alexander O’Connor, has been charged with sexually assaulting a woman in six separate instances this past June, according to new reports from the Sun, following the 24-year-old’s appearance at Southwark Crown Court in London earlier today.

On June 1, the musician allegedly assaulted the woman twice in the West End, then four additional times the following day, including once in a taxi and three instances at his Notting Hill home. The woman is said to be over the age of 16.

O’Connor was released on unconditional bail after pleading not guilty to the six charges. A provisional trial date has been set in court for Jan. 3.

“Alex is shocked by the allegations, which he denies, and looks forward to clearing his name in court,” a representative for Rex Orange County said in a statement to Rolling Stone. “He is unable to make any further comment because of the ongoing proceedings.”

The singer rose to fame in 2017 when he was featured on Tyler, the Creator’s album Flower Boy. He has since released three studio albums and a live album.