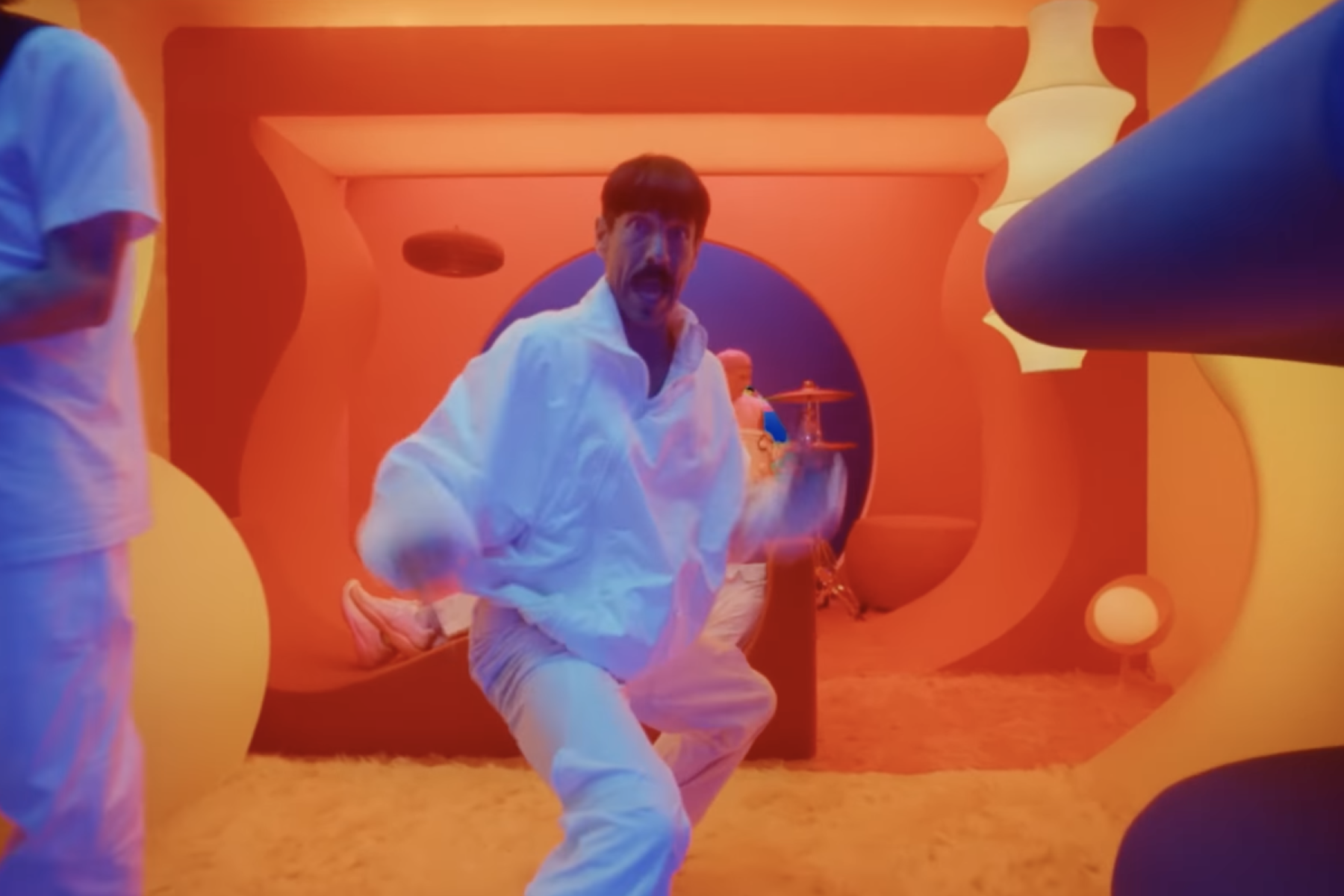 Red Hot Chili Peppers are beckoning fans to join them on a magical (and raunchy) mystery tour with the release of the band’s new single, “Tippa My Tongue” — a sexually suggestive romp that evokes all the quintessential quirks of the California funk-rock outfit’s extensive catalogue.

Buoyed by a funk-laden bass groove from Flea and Anthony Kiedis’ sing-songy nonsense vocalizations, “Tippa My Tongue” offers the first glimpse of the Chili Peppers’ upcoming double LP, Return of the Dream Canteen, which drops October 14. The track is accompanied by an appropriately psychedelic music video, directed by repeat collaborator Malia James — who also helmed the band’s video for “These Are The Ways” earlier this year — which makes multiple references to dropping acid and features Seventies-inspired animation from Julien Calemard and Thami Nabil.

The song’s lyrics, however, focus more on the physical than the metaphysical, with Kiedis making no effort to mask the track’s true intentions in mind-bending metaphors. “I’m on the precipice/I come and make a mess of this,” he sings. “It’s the apocalypse/I try to get a sock of this/I’m at the county fair/Haystack ride, I’ll pull your hair.”

“We went in search of ourselves as the band that we have somehow always been. Just for the fun of it we jammed and learned some old songs,” the band said of Return of the Dream Canteen in a statement. “Before long we started the mysterious process of building new songs.” They added: “Once we found that slip stream of sound and vision, we just kept mining. With time turned into an elastic waist band of oversized underwear, we had no reason to stop writing and rocking. It felt like a dream.”

Red Hot Chili Peppers are currently on an expansive stadium tour of the U.S., where they’ve been joined by the likes of Haim, Thundercat, Beck, King Princess and the Strokes. The tour wraps September 18 in Arlington, Texas. The band has also revealed they will tour Australia and New Zealand early next year, with Post Malone providing support on all dates.

“We’ve written some of our best songs with these these four guys, and we do have something special,” drummer Chad Smith said of the tour in an interview with Rolling Stone last year. “It will be really exciting, and I see us not taking that for granted at all. As you get a little bit older, you appreciate it more. It’ll be a real joyful thing.”