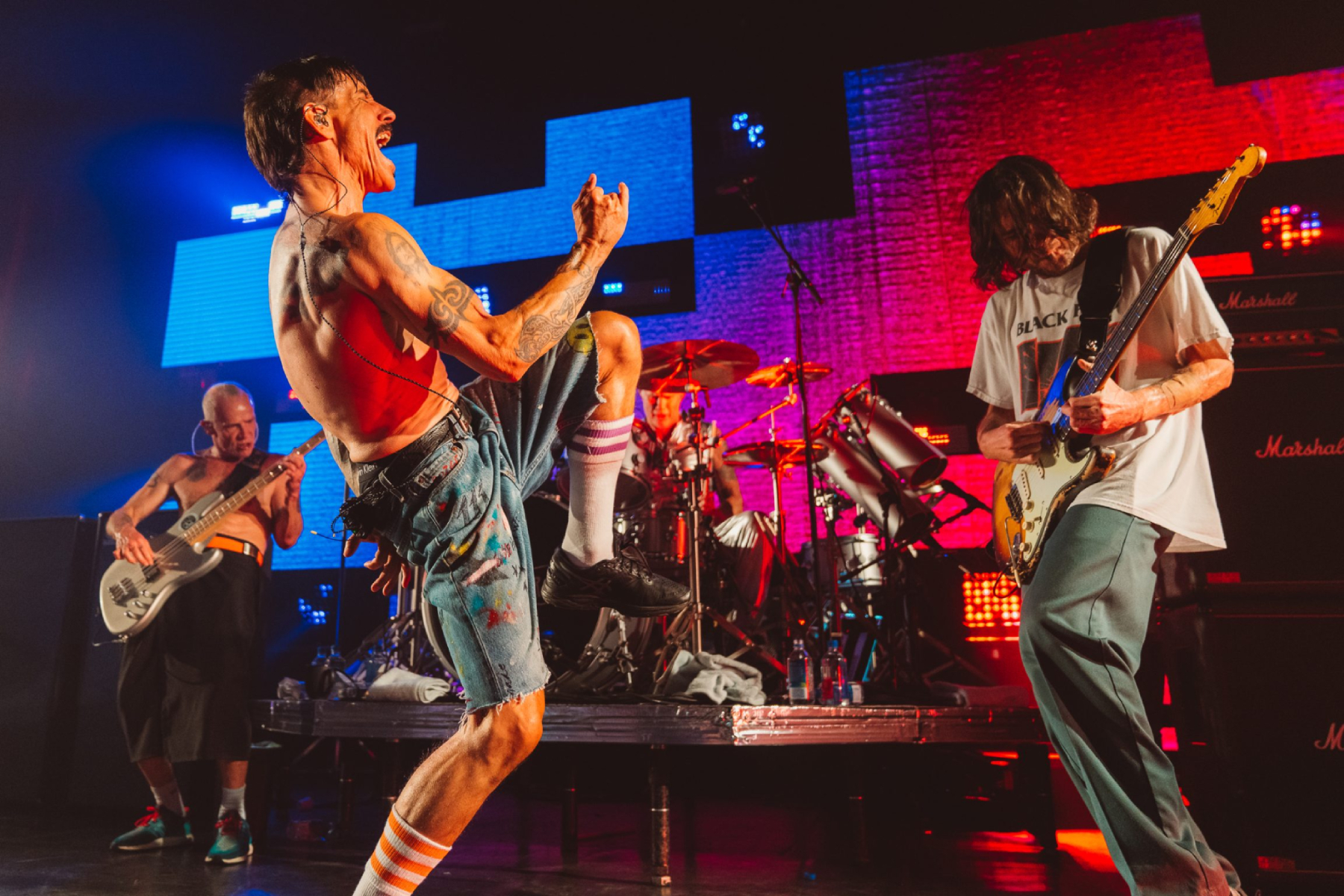 In true Chili Peppers fashion, the ambling song overflows with esoteric imagery and quizzical, psychedelic-lite lyrics. “Slow down the rivers of time in your mind,” sings frontman Anthony Kiedis. “It’s just a nerve flip to switch when it’s time for the grind.”

Unlimited Love — which Rolling Stone said marked a return to the band’s “signature funky-rock beauty” — is the Chili Peppers’ first new music with guitarist John Frusciante in 16 years. The band spent much of the spring promoting the album, even participating in a late-night April Fools stunt where the “Under the Bridge” hitmakers performed on Jimmy Kimmel Live! and The Tonight Show simultaneously.

In addition to fulfilling his Chili Peppers duties, bassist Flea has kept busy with a variety of outside appearances — including reprising his viral performance of the National Anthem at a Los Angeles Lakers game. The musician also recently portrayed a bounty hunter in two episodes of the Disney+ Star Wars miniseries, Obi-Wan Kenobi.

Red Hot Chili Peppers are currently touring in support of Unlimited Love, with shows scheduled across Europe through early July. Later that month, the band returns stateside for an expansive U.S. tour where they’ll be joined by the likes of Haim, The Strokes, Beck, King Princess, St. Vincent and Thundercat at select stops.

“We’ve written some of our best songs with these these four guys, and we do have something special,” drummer Chad Smith said of the tour in an interview with Rolling Stone last year. “It will be really exciting, and I see us not taking that for granted at all. As you get a little bit older, you appreciate it more. It’ll be a real joyful thing.”