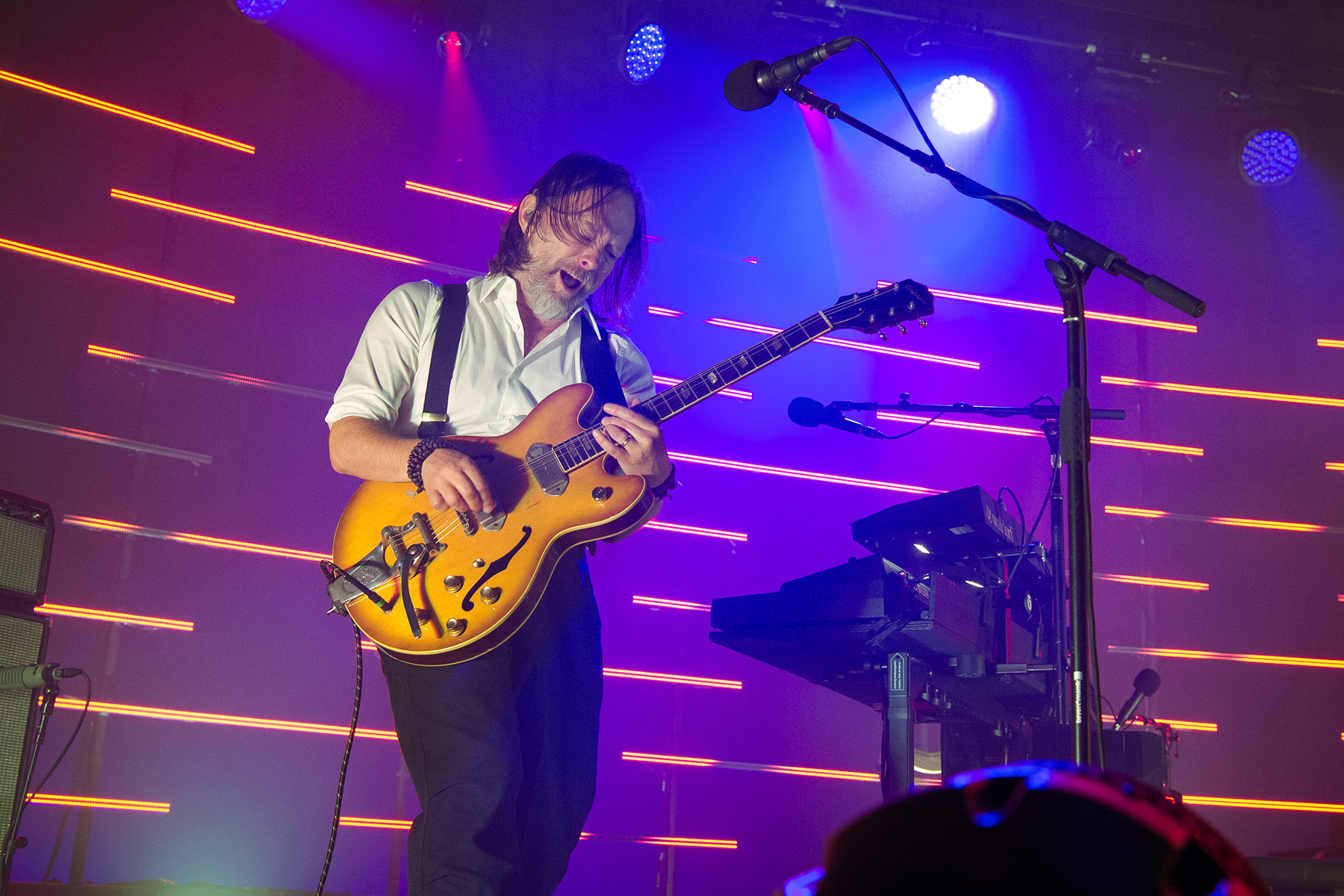 Thom Yorke and Jonny Greenwood’s Radiohead side project the Smile have announced dates for their first American tour. It kicks off Nov. 14 at Providence, Rhode Island’s Veteran’s Memorial Auditorium, and wraps up Dec. 21 at Los Angeles’ Shine Auditorium.

The Smile, which also features drummer Tom Skinner, released their debut LP, A Light For Attracting Attention, on May 22. The group came together during the global pandemic when Yorke was unable to complete his solo tour, and he suddenly found himself with a lot of free time.

“The album reflects Yorke’s lockdown anxieties with clever musical backdrops that never obscure the songs,” Rolling Stone‘s Kory Grow wrote in a review of the album. “As the record uncoils, you can practically hear how the songs become therapy for the musicians as they play around and work through their Covid cabin fever.”

They began an extensive European tour on May 16 in Zagreb, Croatia. The show is built around tunes from A Light For Attracting Attention, but they’ve also played Yorke’s 2009 solo song “Feeling Pulled Apart by Horses” in addition to the new composition “Friend of a Friend.” They also did Joe Jackson’s 1979 New Wave classic “It’s Different for Girls” during a livestream show in January.

Radiohead, meanwhile, have been completely inactive since wrapping up their two-year A Moon Shaped Pool at Philadelphia’s Wells Fargo Center on August 1, 2018. When Rolling Stone spoke to guitarist Ed O’Brien in 2020, he said they had no clear timeline for their next project. “I think that’s the beauty of what we do,” he said. “We’re not trying to fulfill contracts or maintain a lifestyle that requires us to make albums. We want to do it because we’re inspired to do it and that should always be the case. You should be inspired to work with people and make music rather than feel obligated.”

Here are the dates for the Smile’s North American tour.