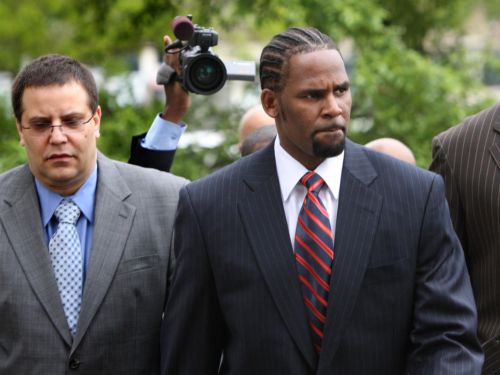 R. Kelly’s former business manager is seeking $850,000 in legal fees after being found not guilty on charges he helped cover up years of Kelly’s sexual abuse of minors at the disgraced singer’s federal trial in Chicago.

In an 18-page request filed Tuesday, McDavid’s lawyer Beau Brindley said his client racked up $850,000 in legal fees from the trial, $600,000 of which is unpaid, forcing McDavid to “liquidate real property and other assets in an attempt to pay.”

“Mr. McDavid’s life was unalterably changed by the frivolous, vexatious, and bad faith prosecution over which he prevailed,” Brindley wrote.

McDavid spent two days on the witness stand during Kelly’s Chicago trial on child pornography charges, which ended with a split verdict against the singer. In his filing, Brindley claimed that his defense of McDavid in part helped Kelly avoid a guilty verdict on seven of the charges, the Chicago Sun-Times reported.

“The jury even acquitted Robert Kelly of more than half of the charges levied against him, in large part, based on the lies and falsehoods exposed by Mr. McDavid’s vigorous defense,” Brindley wrote.

However, the Associated Press notes that defendants actually recouping legal fees in these situations “are exceedingly rare and do not often succeed,” as they do not have the right to compensation. Brindley pointed to extenuating circumstances — the “necessarily incoherent” testimony of two of the trial’s witnesses — as grounds for repaying McDavid the $850,000 he owes in legal fees.

A sentencing date for Kelly in the Chicago federal trial has not yet been set; he has already been sentenced to 30 years in prison after being convicted on RICO charges in his Brooklyn federal trial.