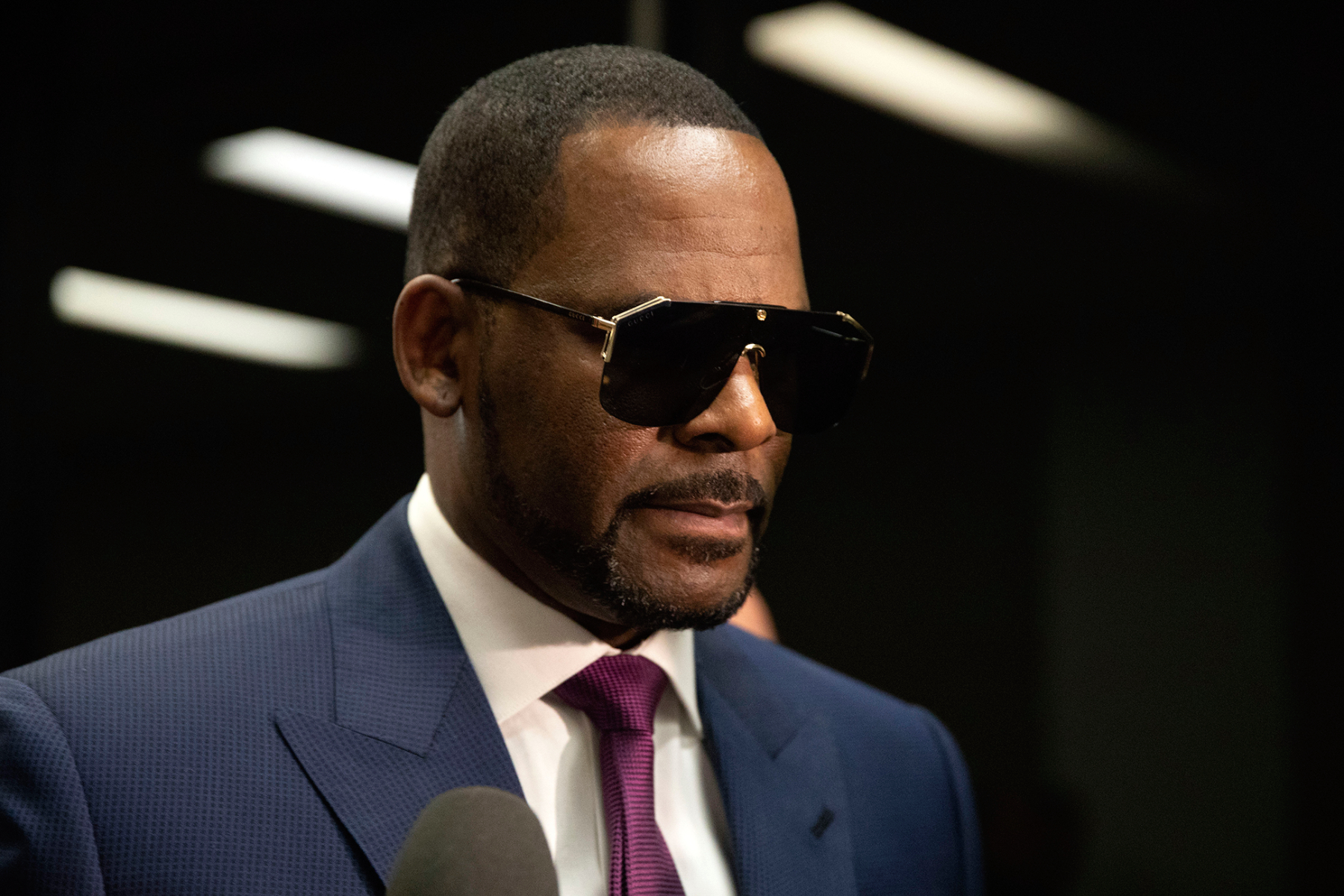 Chicago, IL — The defense lawyers for R. Kelly and co-defendants Derrel McDavid and Milton “June” Brown began presenting their cases Thursday in the singer’s federal child pornography trial at Dirksen U.S. courthouse. But before calling their first witnesses, the defendants voiced their decisions on whether they planned to testify prior to the jury being brought into the courtroom.

“No, I’m not going to testify,” Kelly told U.S. District Judge Harry Leinenweber. Brown also declined his right to testify, whereas McDavid said he will testify on his behalf.

Leinenweber also ruled on the motions for judgment of acquittal filed by defense lawyers on behalf of their clients after the prosecution rested on Tuesday. The motions are typical in criminal trials and (as is also typical), the judge denied them all on Thursday.

Kelly is facing multiple charges of coercing five minors into sex acts, and several charges related to producing child pornography. He and co-defendants former business manager McDavid and former employee Brown are also charged with receiving child pornography as part of an alleged effort to recover missing tapes that allegedly show Kelly engaged in sex acts with minors. Additionally, Kelly and McDavid are facing obstruction of justice charges tied to allegations that they paid off people who knew about Kelly’s alleged abuse and tried to impede the 2008 child pornography investigation into Kelly. All three men have pleaded not guilty.

The first witness for the defense appeared to address the conspiracy charges. Former Chicago police officer Christopher G. Wilson, who testified on behalf of his friend McDavid, said he has known McDavid for 35 years. Wilson currently works for Cook County State’s Attorney Kim Foxx as security and said in 2001, McDavid hired him to provide protection for private investigator Jack Palladino. Palladino was tasked to interview a person who allegedly was blackmailing Kelly over recovering video of the singer allegedly assaulting a minor. Wilson accompanied Palladino, who died last year, to Kansas City for the interview.

While the alleged blackmailer’s name was not mentioned on Thursday, prosecution witness Charles Freeman previously testified that he met with Palladino in Kansas City in connection with Kelly’s camp wanting to recover the video.

Wilson testified that McDavid was not in Kansas City during their time spent with the alleged blackmailer. During the prosecution’s cross-examination, Wilson was asked who hired and paid him. “I understood I was working for Mr. McDavid,” he responded.

Merry Green, the founder and president of a Chicago PR firm, was called to the stand by Kelly’s legal team. Green helped plan the Expo for Today’s Black Woman during the time when Kelly accuser “Tracy” said she met Kelly when she was age 16 in 1999. Green said Kelly was at the Expo in 2000, when Tracy would have been 17, the legal age of consent in Illinois. During cross, Green said it is possible Kelly could have been at the 1999 expo, although she believed she would have been notified had a prominent artist such as Kelly decided to show up informally.

Kelly’s former recording studio employee Tom Arnold also testified as a witness called by Brown’s legal team, who have argued that Brown was simply a hired low-level employee who would not have knowledge or have been involved in the conspiracy and cover-up connected to the charges against him. In testimony, Arnold walked the jury through low-level employee duties, such as serving as a runner and driver. He also said he was often charged with securing large amounts of cash for Kelly, noting he fetched $125,000 in cash from the bank in one situation, but would not be informed where the money would be used.

Arnold also explained that employees knew they were not to speak with female “guests” when they drove them places, noting it was “common knowledge” among the staff. He testified that not following Kelly’s alleged rules would lead to punishment via employees’ pay being docked or being fired.

McDavid’s team also called Ronald Winters to the stand. Now a private investigator, Winters served as criminal defense attorney Ed Genson’s personal assistant beginning in 1998 through 2019, which included the time period Genson (who died in 2020) represented Kelly in his 2008 trial.

Winters said he would regularly receive videotapes of Kelly engaging in sex acts with females from a private investigator around 2007 at the office, which he would then play and watch with Genson. Winters claimed none of the females appeared to be underage. In one tape that Winters said McDavid delivered, Kelly was allegedly seen having sex with two women, one of whom he said “appeared to be” Kelly’s wife. Both Kelly and McDavid’s legal team have previously suggested a tape known as Video 4 features his wife and Lisa Van Allen rather than “Jane” and Van Allen as the prosecution has argued and as Van Allen testified. Video 4 was not shown to jurors like the other videos depicting Jane that are addressed in the indictment. While the defense has questioned its existence, prosecutors have said the footage is part of the cover-up by Kelly and his team.

The final witness on Thursday was Homeland Security Investigations agent Amalia Molina. Kelly’s attorney Jennifer Bonjean questioned her about her 2019 interviews with Jane, Van Allen, “Pauline,” “Tracy,” and others involved in the current case, which highlighted inconsistencies in their testimony about their ages during the time Kelly allegedly engaged them in sex acts.

Following the Labor Day weekend break, the trial will resume on Tuesday for its fourth and presumably final week before jury deliberations.