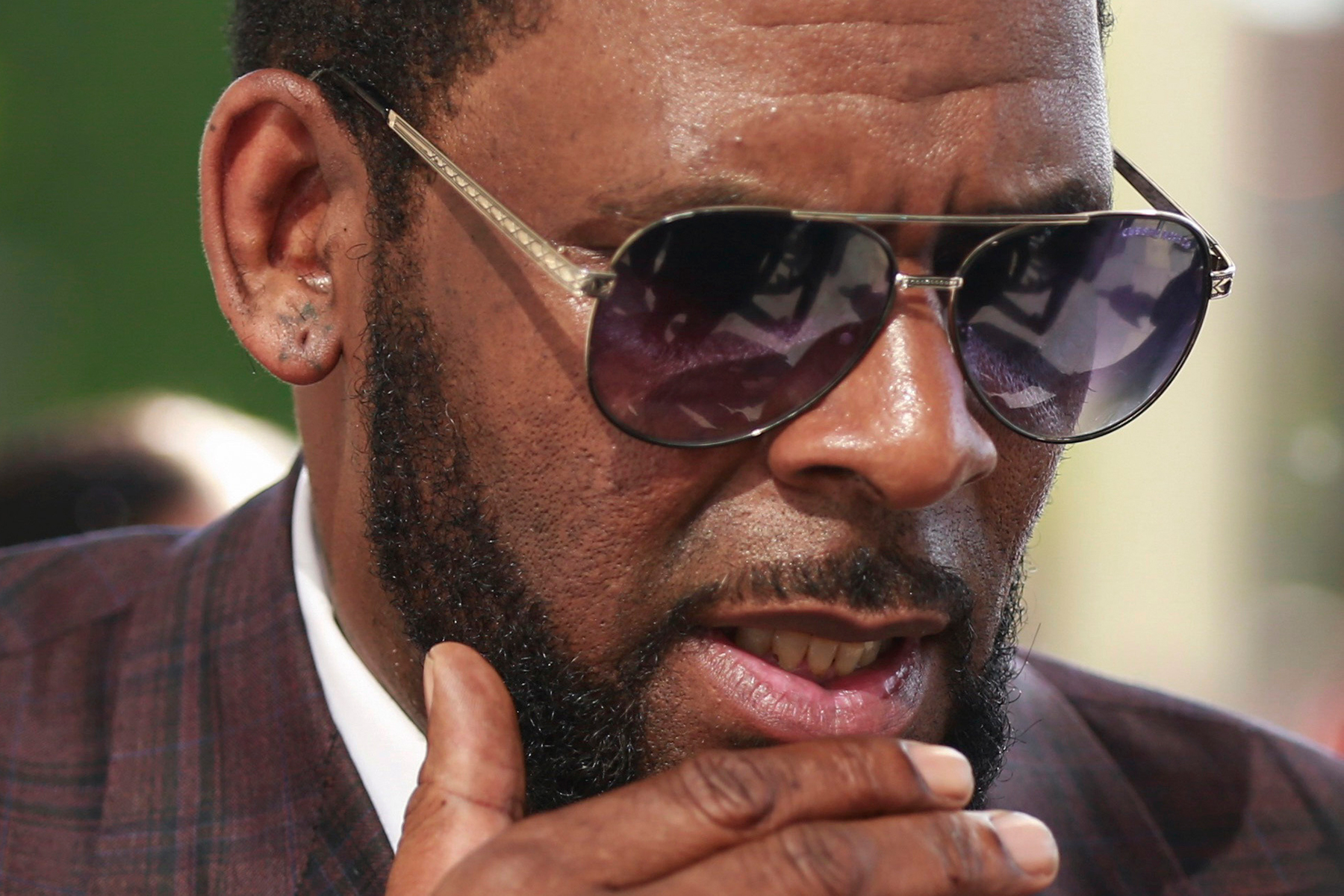 R. Kelly was sentenced to 30 years in prison Wednesday after being found guilty of all counts of racketeering and sex trafficking against him at his Brooklyn federal trial last year.

Prior to sentencing, seven of Kelly’s victims addressed the court to share impact statements and speak directly to their abuser. “I am a representation of every woman, boy, child, man that you have ever afflicted with your deplorable, inexplicable acts and with that I leave you with yourself, Robert Sylvester Kelly,” “Angela” — who also testified during the trial — said to Kelly. “You used your fame and power to groom and coach underage boys and girls for your own sexual gratification.”

Kitti Jones, who spoke to Rolling Stone in 2017 about the abuse she suffered during her two-year relationship with Kelly, told the singer Wednesday prior to sentencing, “Many of us have been waiting for this day to come.”

Another victim, Jane Doe 2, also aimed her impact statement at Kelly. “I don’t know if I’ll ever be whole. What you did has left a permanent stain on my life that I will never be able to wash away. I’m sure you never think about that,” she said. “You are an abuser, you are shameless, you are disgusting and you are self-serving.” As for Kelly’s sentence, she said, “I hope you go to jail for the rest of your life.”

In asking the judge for leniency, Kelly’s lawyer Jennifer Bonjean said that the singer spent his childhood in a “highly chaotic” home where he was also sexually abused. The defense lawyer also hailed Kelly as a “musical genius.” “Mr. Kelly rejects that’s he’s this monster,” Bonjean said. However, Kelly declined to make a statement in his own defense, citing pending litigation. When asked by the judge to confirm he didn’t want to make a statement, Kelly said, “Yes your honor, that is my wish.”

Judge Ann Donnelly then announced a prison sentence of 30 years for Kelly, five years more than the minimum prosecutors sought. “These crimes were calculated and carefully planned and regularly executed for almost 25 years,” Donnelly told the defendant. “You taught them that love is enslavement and violence.”

The verdict is in: R. Kelly has been sentenced to 30 years. https://t.co/SAYsyGvPL2

Kelly entered the courtroom just before 10:40 a.m. EST wearing khaki jail scrubs — the shirt buttoned down — a white undershirt, close-cropped hair and black glasses. Six people sat in the row for Kelly’s supporters, including the three women who claimed to be his sisters.

“There’s to be no talking, no reaction of any kind, or court security officers will remove anybody who does that,” Judge Donnelly told attendees.

Gloria Allred, the lawyer representing multiple Kelly survivors, was seated on the left side of the courtroom. As the survivors entered the courtroom, almost all hugged Allred one by one.

Kelly’s conviction carried a minimum of 10 years in prison, but also the potential of life behind bars. In a memo earlier this month, prosecutors said the disgraced singer deserved at least a 25-year sentence, if not more, for the “decades” he spent sexually abusing and exploiting women and underage girls. Kelly’s lawyer Bonjean, had pushed back, saying a sentence of under 14 years was appropriate.

“Obviously, he’s devastated. Thirty years in prison is like a life sentence for him,” Bonjean told the media after sentencing. “He has regrets and he’s sad. Nobody wants to hear what he’s heard today. He’s a human being, he feels when other people are feeling but that doesn’t mean that he can accept responsibility in the way that the government would like him to, in the way other people would like him to because he disagrees with the characterizations that have been made about him.”

The guilty verdict handed down against Kelly last year marked a long-awaited, and for many overdue, stroke of justice against the world-renowned singer who’d been accused of sexual misconduct for decades. In 1994, he illegally married the singer Aaliyah when she was 15 and he was 27; it was annulled a few months later. Then in 2002, he was indicted on child pornography, but the ensuing trial ended in a not guilty verdict on all 14 counts.

Kelly’s career continued apace after his acquittal, but reports containing allegations against him began to surface again in the late 2010s. Following the blockbuster 2019 docuseries Surviving R. Kelly, prosecutors in both the Northern District of Illinois and the Eastern District of New York indicted Kelly on a variety of charges.

In total, Kelly was charged with, and found guilty of, nine counts in the New York federal case; the trial lasted six weeks but the jury deliberated for just nine hours before handing down their verdict. With the one racketeering charge, prosecutors were able to establish that Kelly led a criminal enterprise that preyed on woman and underage girls for sex. The eight other charges against Kelly were violations of the Mann Act, which prohibits sexual trafficking across state lines. These charges were key to the prosecutors, ensuring Kelly and his associates were held responsible for coordinating the sexual abuse of minors. The trial also marked the first time prosecutors were able to introduce criminal charges against Kelly in connection to his illegal marriage to Aaliyah.

Though the federal indictment was centered around accusations leveled from six women — three of whom said they were underage when Kelly began having sex with them — Kelly’s trial featured testimony from 11 accusers and more than 40 witnesses. In wrapping the feds’ case, Assistant U.S. Attorney Elizabeth Geddes argued that Kelly “used lies, manipulation, threats, and physical abuse to dominate his victims,” and accused Kelly of “groom[ing] girls and boys for sexual activity despite the fact that they were too young to consent.”

Geddes also detailed the extensive enterprise Kelly cultivated to help him carry out his crimes in myriad ways — distributing his phone number to underaged women at concerts, driving women to appointments with Kelly, keeping them under surveillance, and even bribing a government employee to make a fake ID for Aaliyah when she was underage. (Kelly denied all the allegations against him and filed an appeal against his conviction earlier this year.)

Though Kelly’s New York trial is now officially wrapped with his sentencing, he will still face charges against him in Chicago. There, Kelly is facing 13 charges of child pornography, enticing a minor into illegal sexual activity, and a conspiracy to obstruct justice, the latter charge tied to Kelly’s previous child pornography trial. Though the Chicago trial was supposed to begin in April 2020, it was delayed first by Covid-19 and then the discovery of a hidden cache of 100 electronic devices belonging to Kelly. The trial is now set to begin Aug. 1.

Lena McLin, the Chicago-area music teacher that served as both a mentor and “second mother” to Kelly, told Rolling Stone in a statement Wednesday, “This news is truly heartbreaking, but I hope this situation will help bring forth a period of repentance and remorse upon his soul. No one wants to see a loved one going through something like this, but we all must answer to God; the judge of all. I sincerely pray that peace and healing will be granted to all those affected, and pray that Robert uses this time to reflect on the choices that led to all of this.”