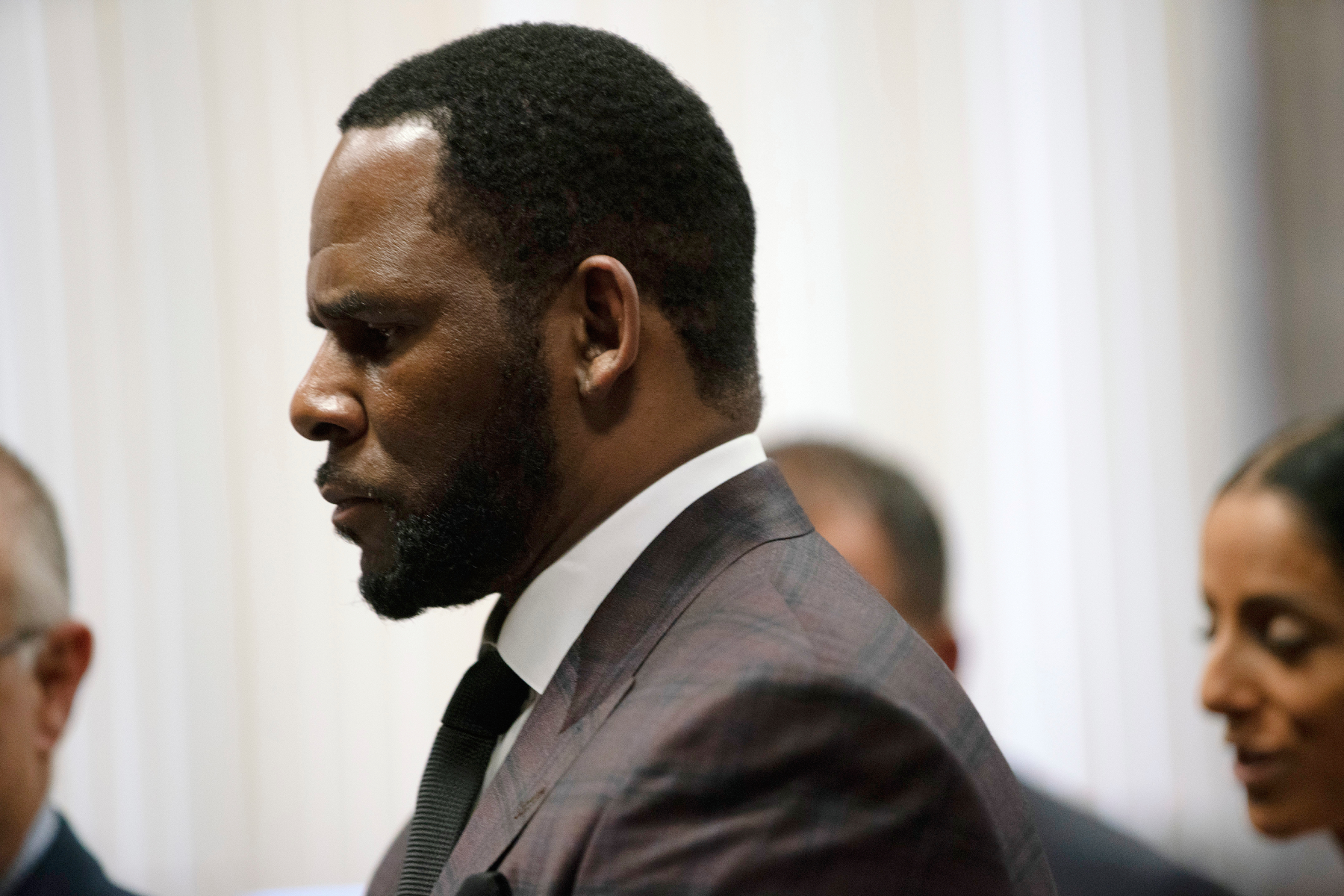 Federal prosecutors rested their case in the R. Kelly child pornography trial at Dirksen U.S. courthouse on Tuesday following testimony from its final accuser, who testified the disgraced singer engaged her in sexual acts while she was a minor.

Appearing under the pseudonym “Nia,” who is now age 42, Nia said she first met Kelly at an Atlanta mall in 1996. Kelly was in town for a concert and Nia said she approached him for an autograph. He acquiesced and added his phone number alongside his signature and invited her and her friend who was with her to the evening’s concert.

Nia and her friend did not attend the show that night, but she left him a voicemail, and the two began having phone conversations. She said around the third time they spoke, she told him she was 15 and testified that their conversations felt romantic to her. “It’s as if you meet someone, you’re interested in them, he’s interested in you. I had feelings for him,” she said. “I liked him.” Six weeks after they began conversing, she said he invited her to see him perform in Minneapolis while he continued his tour.

The day of the Minneapolis concert, Nia said that she was picked up by a limousine from her mother’s home where she lived in Atlanta and taken to the airport, where she was provided a “password” or “code” to obtain her boarding pass as she had no ID.

Once she arrived in Minneapolis, a man holding a sign with her name picked her up and took her to a hotel. She used another code to be cleared for her room. That evening, she attended the concert and befriended another attendee who was around her age and the two exchanged phone numbers.

After Kelly’s set, she said she returned to the hotel and was told that “Mr. Kelly would contact you later” but testified that she didn’t see him that evening. The next morning, he arrived at her hotel around 9 a.m. She said when he arrived, he gave her a hug and a kiss. In the courtroom on Tuesday, she looked toward Kelly and wiped tears from her eyes. After the initial greeting, “He asked me to undress,” she said, and he told her to walk around and then sit next to him. She said she followed his directions and then fondled her breasts, masturbated, cleaned up afterward, and quickly exited. During the incident, she testified that he asked if she was a virgin, which she said she was at the time. She claims he invited her to Chicago.

Though he did not follow up on that alleged plan, Nia had family in Chicago, so during the summer of 1996 she arranged to stay with her aunt and cousins there. During her time in Chicago, she and three of her cousins visited Kelly at his studio. They hung out while he recorded and while there, she and Kelly had two one-on-one interactions. In one instance, she said he had his “hand around my waist, fondled my chest,” and put his hands down her pants. When prosecutors asked her to clarify, Nia said “he touched my vagina and caressed my behind.” She did not tell her cousins about her alleged interactions with Kelly because she said her cousins had accompanied her “to prevent something from happening.”

After that, she tried to reach him, but they never made contact again. Years later, she ran into him in Los Angeles, where she was working as an actor and model at the time. It was during his video shoot for “If I Could Turn Back the Hands of Time,” but she testified he did not acknowledge her.

In 2002, she filed a lawsuit against Kelly on the basis of what she testified to the jury on Tuesday; and she said the terms of the settlement included a $500,000 payout. Kelly’s attorney Jennifer Bonjean objected, questioning the relevance of Nia’s lawsuit to the case. The discussion surrounding the lawsuit brought Nia to tears.

During cross-examination, Bonjean questioned Nia’s claim that she informed Kelly of being age 15, which Nia insisted she did. Bonjean also questioned Nia’s claims that she was able to board a flight as well as claim her hotel room without valid ID. Bonjean also asked if Sparkle — real name Stephanie Edwards, who is the aunt of star witness and Kelly’s goddaughter “Jane” — was recording at the studio when Nia visited, and Nia confirmed that Sparkle was there.

Nia said she had originally contacted a private attorney to see if she could be a witness against Kelly during the upcoming criminal trial in Cook County. Bonjean brought into question that motive.

Sheryl Ware, who testified she was the ex-wife of one of Nia’s cousins, corroborated Nia’s claims of visiting the recording studio as she was one of the “cousins” who accompanied Nia the night in question.

Kelly and his co-defendants Derrel McDavid and Milton “June” Brown are charged with receiving child pornography as part of an alleged effort to recover missing tapes that allegedly show Kelly engaged in sex acts with minors. Additionally, Kelly and McDavid are facing obstruction of justice charges tied to allegations that they paid off people who knew about Kelly’s alleged abuse and tried to impede the 2008 child pornography investigation into Kelly. All three have pleaded not guilty.

On Tuesday, Judge Harry Leinenweber said jurors will have Friday off for the long weekend and also adjourned the proceedings until Thursday, when the three defense teams will begin to call witnesses and present their respective cases to jurors to round out the third week of the trial.