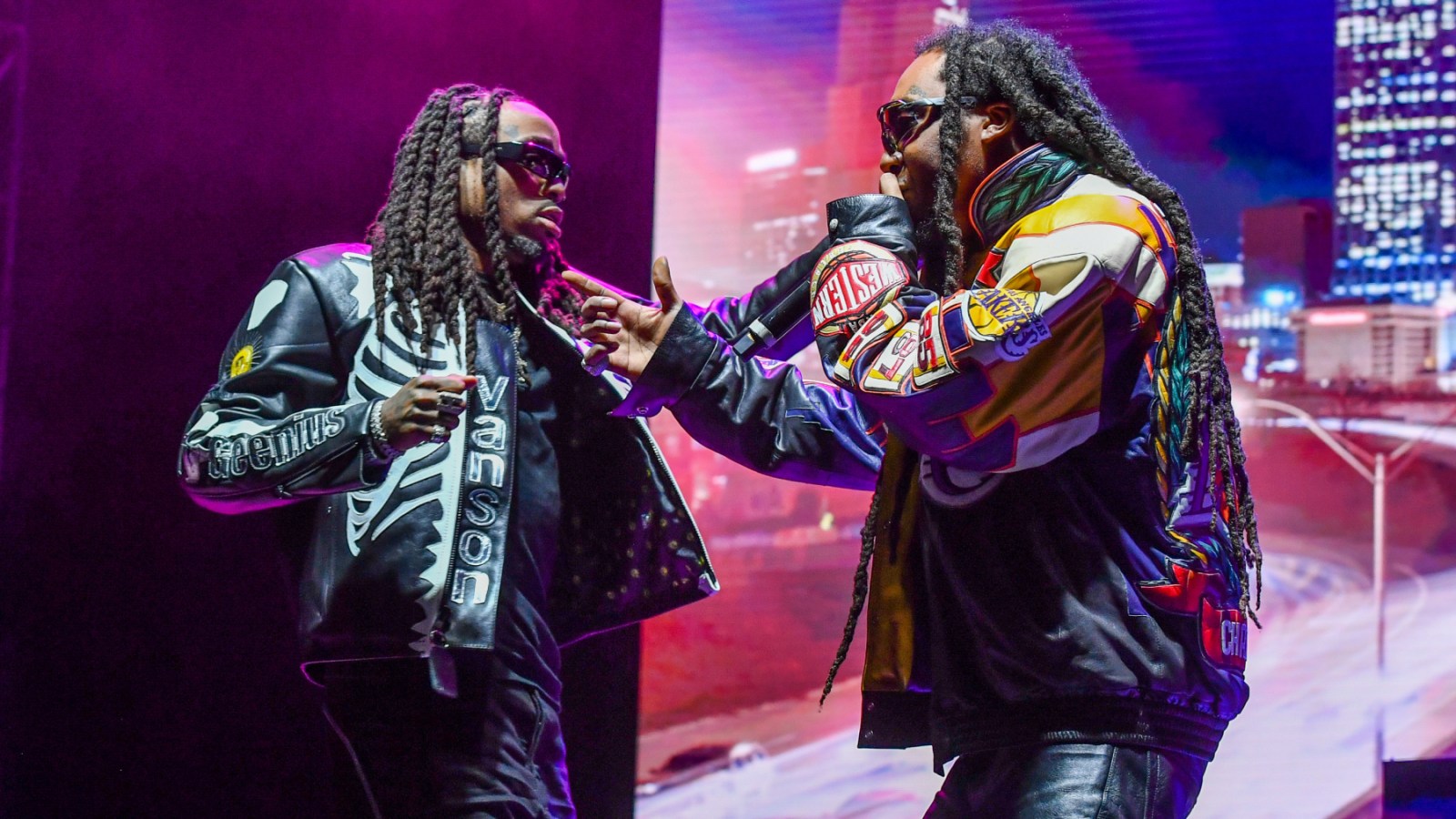 Migos’ Quavo remembered his nephew and bandmate Takeoff in a heartfelt post, sharing the remarks he made during the public memorial for the late rapper on Friday held in Atlanta. It was Quavo’s first official statement since the rapper was shot and killed in Houston on Nov. 1.

Addressed as a letter to “Take,” Quavo detailed their close relationship. “It’s so hard to tell you Ima miss you because you always with me and we did everything together. Since we were kids you been by my side lookin up at me, them eyes waiting on me to make the next move.. then you followed up right behind me. You always made sure I did it first so you can do it right with me. You never competed with me, we were always on the same team.”

He also spoke of his nephew’s gentle and jovial personality. “Super quiet though, quietest in the room but paid attention to everything going on in the room, always been like that!!!,” Quavo wrote. “Nothing ever really bothered Take and he didn’t bother anybody. He the most unbothered person in the the world. He never got mad, he never raised his voice, and when he did, he silenced the room because what Take said was law and he wasn’t changing his min fa na, not even Unc could, you just gotta let em cool off for bout 30 mins.”

He added: “But by far the funniest person in the room. Once you got him goin he wouldn’t stop.”

While they shared early dreams of making it in the sports world and had a love for WWE, it was music that was their calling. “Throughout this whole time he had a REAL passion for music. It was HIS dream to become a rapper cuz I didn’t kno what I wanted to do,” Quavo wrote. “Growing up he knew every song off the Hot Boyz album, every lyric word for word and he was cursing up a storm.” They even won the Boys and Girls Club talent show together performing “Get Ya Roll On” by Big Timers.

“So it’s safe to say we had something going then. It came easy to us when it came to style and swag…Then he created this triplet flow and the rest was HISTORY,” Quavo added. “He never worried about titles, credit, or what man got the most shine, that wasn’t him. He didn’t care about none of that as along we brought it back to the family!”

“This whole time I’ve been trying to figure out what you really are to me because nephew wasn’t it… But I knew you weren’t my brother cuz you are my sister’s son so I couldn’t say brother. Now I finally get it…you are OUR angel,” he continued. “I’m just proud to be ya UNCLE. I’m proud we saw the world and done things we couldn’t ever imagine together. We laughed way more than we ever argued and when we did I always was in the wrong every time…I’m proud to say I’ve seen your blessings…You will continue to send your blessings down from Heaven and I will continue to keep your name alive as long as I live.”

The members of Migos, of course, weren’t just bandmates, but family: Quavo was Takeoff’s uncle, while Offset was his cousin. The trio grew up together in the Atlanta suburbs and even lived together for many years in the same small house with Quavo’s mother. They first started rapping together in 2008 under the name Polo Club, before changing to Migos and breaking into the mainstream in 2013.

While Migos’ spent most of the 2010s on a deeply-influential, generation-defining, multi-platinum run, rumors of tension and a possible split were swirling earlier this year. Quavo and Takeoff began releasing music as a pair (using the names Unc and Phew), while Offset sued the group’s longtime label Quality Control Music over the ownership of his solo recordings. In an interview with Rolling Stone last month, Quavo and Takeoff stressed that Migos was still intact, but on an indefinite hiatus.

Quality Control, in its own statement, said, “It is with broken hearts and deep sadness that we mourn the loss of our beloved brother Kirsnick Khari Ball, known to the world as Takeoff. Senseless violence and a stray bullet has taken another life from this world and we are devastated. Please respect his family and friends as we all continue to process this monumental loss.”

Police are still investigating Takeoff’s death, but still have not identified a suspect. At a press conference on the afternoon of Nov. 1, an investigator for the Houston Police Department said many of the people who witnessed the shooting “fled the scene and did not stick around to give a statement.” The investigator encouraged anyone who was there to come forward, especially if they had photos or videos from the scene.