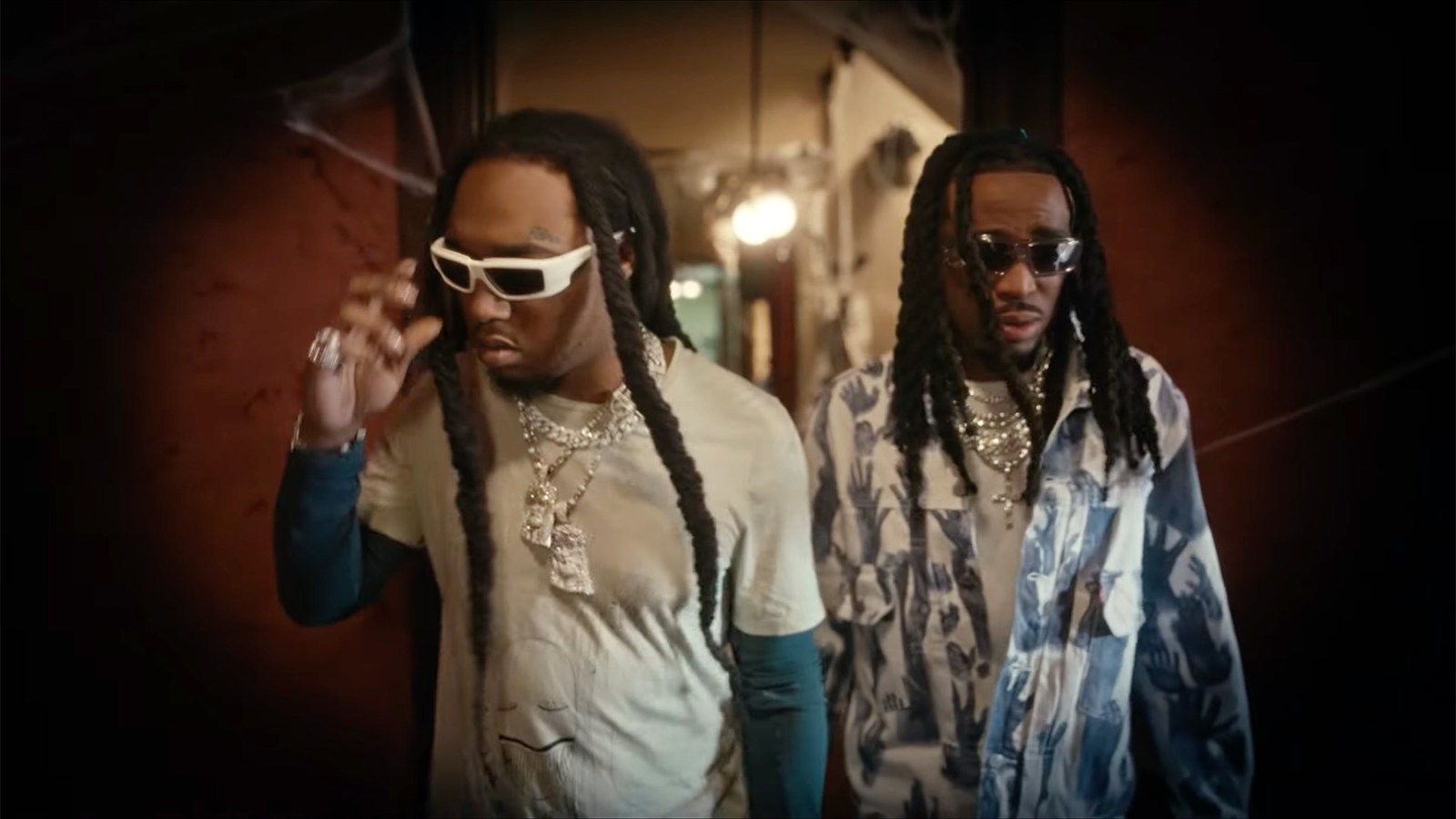 Following the release of the duo’s album Only Built For Infinity Links, Quavo and Takeoff now have their own house of horrors. The new music video for the pair’s latest single “Messy,” directed by Quavo and Daps, opens as the former wakes up from a strange dream. “I thought I was tripping,” Takeoff tells Quavo from the car’s passenger seat, realizing they both had the same dream before slipping their shades back on and going back to sleep.

In the dream, they move through a dimly lit, cobweb-filled house where arguments are erupting around every corner while kids run up and down the hallways. But the duo doesn’t want to deal with the drama. Never directly involving themselves in any of the turmoil, Quavo and Takeoff watch relatively unbothered as chaos ensues around them.

“Don’t let that broke bitch in ’cause she too messy,” Takeoff raps on the chorus while someone pounds on the front door. “Who the fuck them broke boys with? Get out my section.”

When Quavo and Takeoff find each other on their way out of the house, their eyes meet with equal confusion and the pair shake their heads as they walk away from the scene.