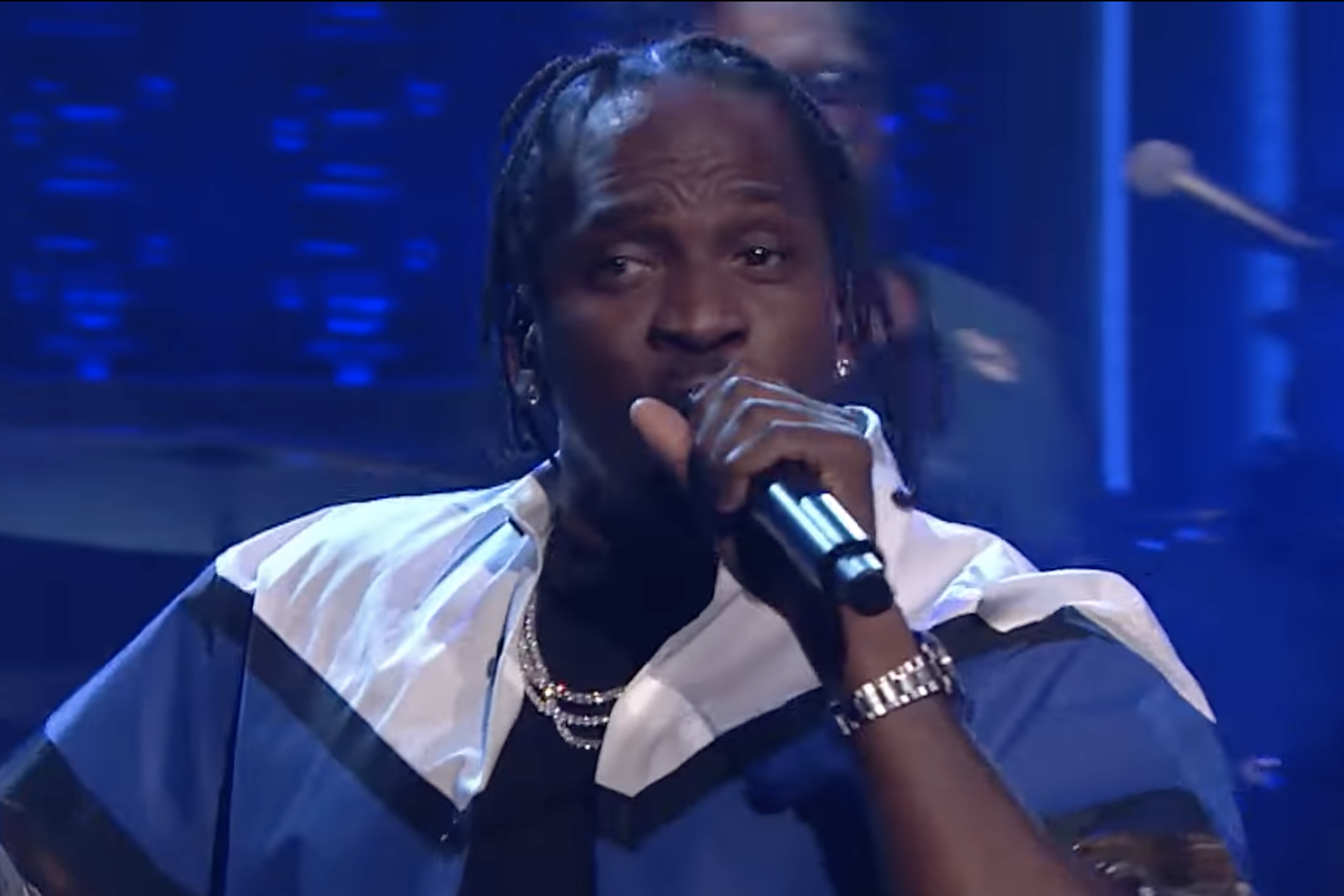 Pusha T received some all-star assistance during his appearance on The Tonight Show Thursday when house band The Roots served as the backing band for the rapper’s performance of “Dreaming Of The Past.”

The album version of the track, which appears on Pusha’s new record It’s Almost Dry, features additional vocals from Kanye West — but Ye wasn’t on hand for the Tonight Show performance.

It’s Almost Dry, co-produced by West and Pharrell Williams, marks Pusha’s first full-length studio release since 2018’s Daytona and boasts a variety of appearances from artists including Jay-Z, Lil Uzi Vert, Kid Cudi, and Don Toliver. British singer singer Labrinth — known for his work on HBO’s Euphoria — and Malice, Pusha’s brother and Clipse bandmate, also feature on the record. Rolling Stone called the album a “well-balanced portrait of a complex man with some serious burdens on his heart.”

“I’m always creating a masterpiece,” Pusha told Rolling Stone in a recent interview. “And in the creation of that in terms of a painting, you end up telling people while they waiting on it, ‘It’s almost dry,’ because they’re always asking, ‘When will it be done?’ And you have to wait on masterpieces.”

Ahead of the release of It’s Almost Dry, Pusha released a handful of singles — including “Snow Fight,” “Neck and Wrist” with Jay-Z and “Hear Me Clearly,” produced by A Bathing Ape founder Nigo. He also put McDonald’s Filet-O-Fish sandwich on blast in a viral diss track for fast food chain Arby’s.

Pusha will tour in support of It’s Almost Dry this summer, which includes a stop at San Francisco’s Outside Lands. The tour kicks off May 29 in Seattle and wraps June 23 in Philadelphia.