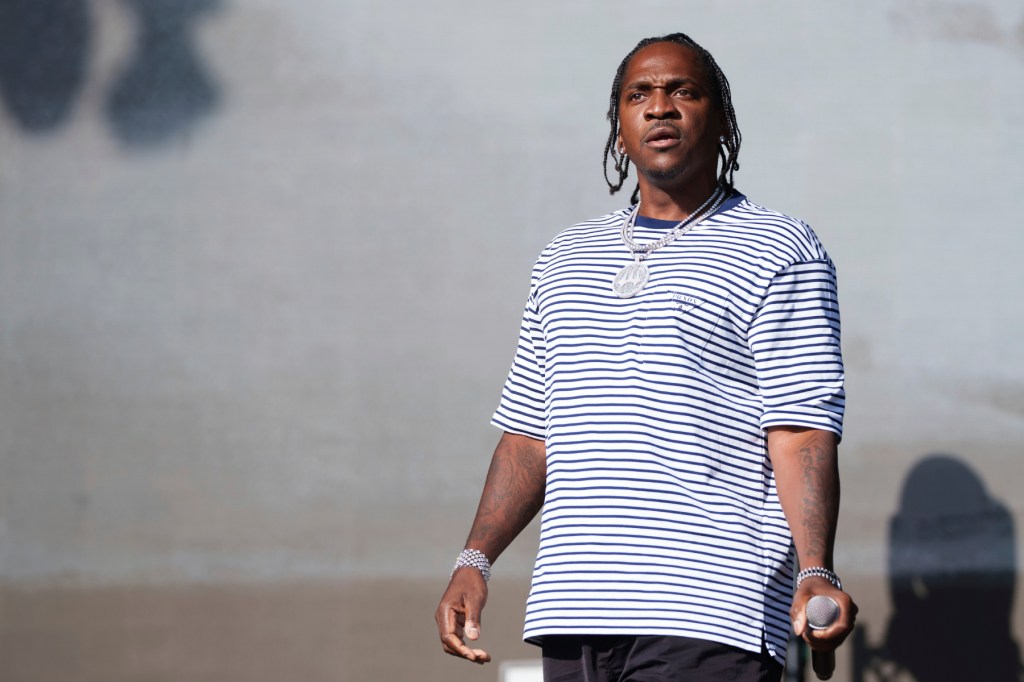 Pusha T has fired off another salvo at his longtime foe, McDonald’s, this time dropping a diss track targeting the fast-food chain’s McRib sandwich.

Like the “Spicy Fish Diss” from earlier this year, the new aptly-titled “Rib Roast” is part of Pusha T’s promotional partnership with Arby’s. This time around, he’s touting the superiority of the latter’s McRib competitor, the “country-style rib sandwich,” and “Rib Roast” really leans into that country theme.

The song itself finds Pusha spitting over an outlaw guitar loop, tossing out spicy burns like “The boss with the smokey -que sauce/The real country-style, McRib get lost” (punctuated by a signature, “Yeeugh!”) and “McDonald’s, watchu selling, mystery meat?/Hop up and go away, what does history teach?” Capping off the cowboy/country theme, the video for “Rib Roast” prominently features professional bull rider, Ezekiel “Blue” Elliott.

Pusha T linked up with Arby’s earlier this year, dropping the “Spicy Fish Diss” in March. More than just being a normal sponsorship deal, though, Pusha entered it with some longstanding beef (sorry) with McDonald’s that he was eager to tackle. Way back in 2003, Pusha — along with his brother/Clipse bandmate Malice, Justin Timberlake, and Pharrell — were involved in writing McDonald’s famous “I’m Lovin’ It” jingle. As Pusha told Rolling Stone, he was paid a one-time fee for his work but received no royalties for the ubiquitous tune.

“I did it at a very young age at a very young time in my career where I wasn’t asking for as much money and ownership,” he said. “It’s something that’s always dug at me later in life like, ‘Dammit, I was a part of this, and I should have more stake.’ It was like half a million or a million dollars for me and my brother — but that’s peanuts for as long as that’s been running. I had to get that energy off me, and this [ad] was the perfect way to get that energy like, ‘You know what? I’m over it.’”