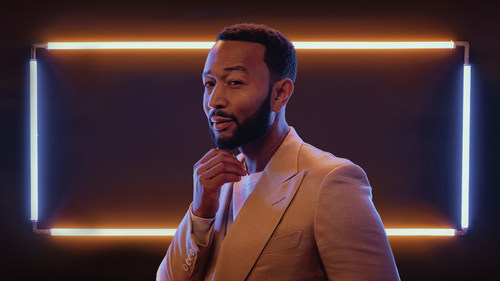 “My class will give you the tools to find your voice,” the singer promises

John Legend will attempt to teach common folk how to pen hit songs as the latest instructor in the MasterClass series.

The streaming platform announced its new EGOT-winning teacher Thursday, with Legend presenting a songwriting curriculum with lessons revolving around his own songs like “Free,” “All of Me,” “Glory,” and “Dope.”

“Songs are core to who we are and are such an important part of humanity,” Professor Legend promised in a statement. “My class will give you the tools to find your voice, figure out who you are and establish yourself with longevity so you can make a real impact through music.”

Remember, this won’t be the first time Legend has stepped into a mentorship role for other musical hopefuls — the singer has acted as a coach on the singing competition series The Voice for the last five years. He also appeared on NBC’s Songland in 2019, where amateur songwriter pitched him their original tracks.

And Legend himself is so brimming with songwriting ability that he’ll release a double album next month dubbed Legend. The singer and former Kanye West friend has already shared the first single from the LP, the Saweetie-featuring “All She Wanna Do.”

“Until this point, I’ve never used an aspect of my name as the title of an album,” Legend previously said of Legend in a statement. “I had to earn that, to live up to it by delivering in the performance and the music. And this is me saying, I’m proud of who I am, I’m confident in the work I’ve done, and I’m just going to declare it.”