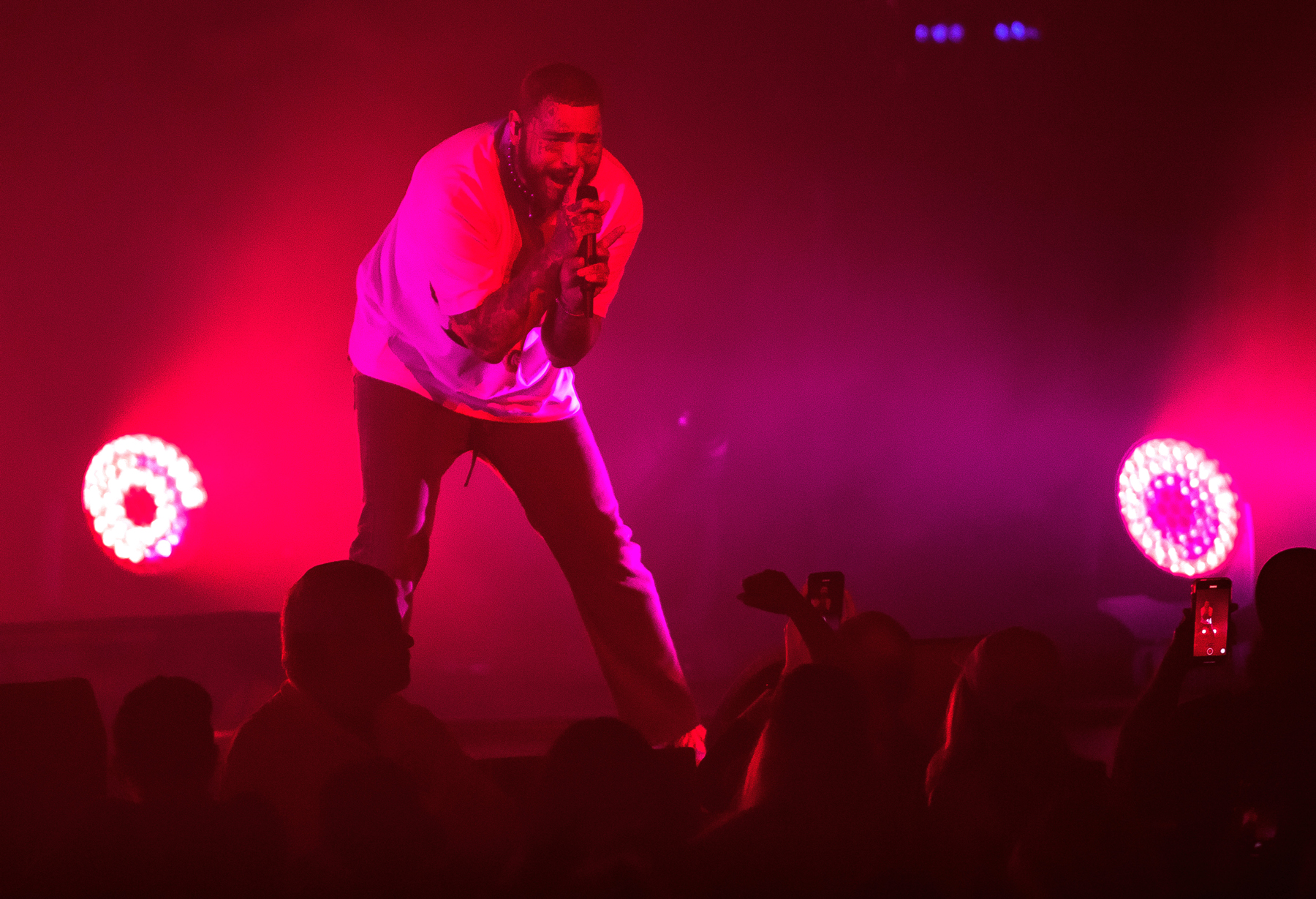 Post Malone has announced an extensive 33-city North American tour scheduled for this fall in support of his recently released fourth studio album Twelve Carat Toothache. Malone will be joined on the road by Roddy Ricch, who will serve as the special guest opener for all but seven of the scheduled tour dates.

The Twelve Carat tour will kick off on Sept. 10 with a show at the Chi Health Center in Omaha, Nebraska. From there, Malone will make stops in Chicago, Columbus, Toronto, Boston, Detroit, Newark, New York, Nashville, Atlanta, Houston, Denver, Portland, Vancouver, and more. The tour will wrap on Nov. 15 with a final show at the Cryto.com Arena in Los Angeles, California.

Twelve Carat Toothache arrived in early June, boasting appearances from Doja Cat, The Kid LAROI, Fleet Foxes, Gunna, and The Weeknd. Malone and Ricch teamed up for the album single “Cooped Up” ahead of its release.

The Twelve Carat tour will mark Malone’s first since his run of shows in support of 2019’s Hollywood’s Bleeding was cut short due to the pandemic. In a Billboard profile earlier this year, he shared that taking Twelve Carat Toothache on the road was something that loomed over him.

“I love touring and I love meeting my fans and singing these songs with them, but at the same time, it’s such an ass-kicker. My back kills me, my neck kills me, my feet kill me,” Malone said. “There’s a lot to think about, and there’s a lot to focus on. You kind of have to have chameleon eyes and look every which way and keep track of what’s going on at all times. It’s the give-and-take — you give up so much and you receive it in love, and that’s what everything is about: feeling loved. That’s what everybody wants.”