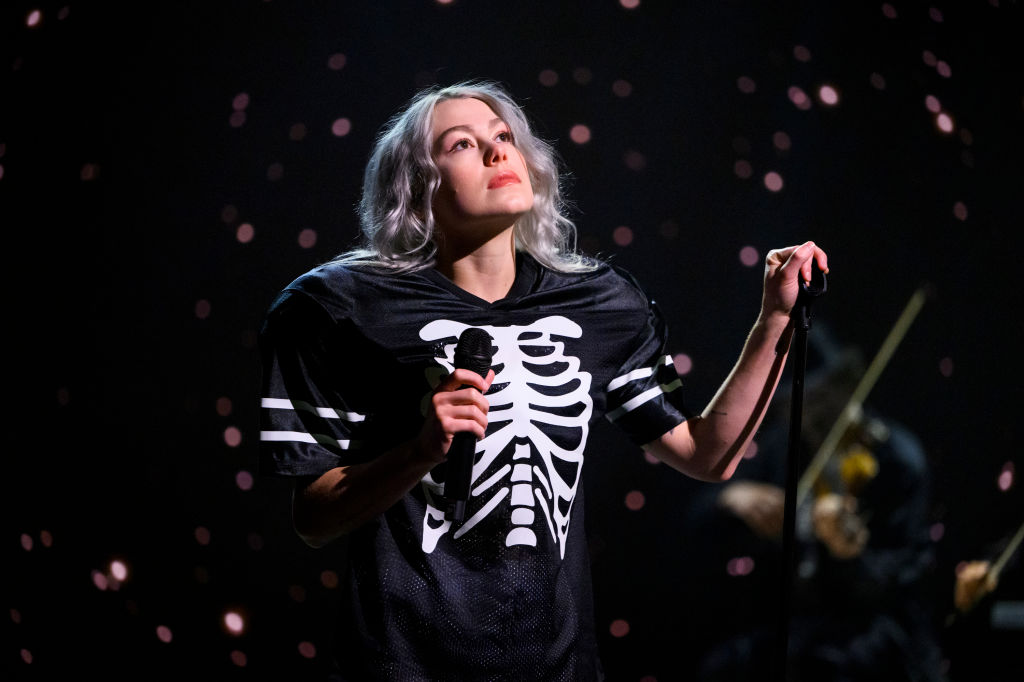 Phoebe Bridgers admitted In a new interview she was surprised by the massive reaction to her revelation that she had an abortion while on tour.

The musician, speaking to The Guardian to promote her appearance at Glastonbury this weekend, said she didn’t give it much thought before she posted about her experience at Planned Parenthood on social media, adding that it was not an emotional decision.

Bridgers said that she is bothered by “people with good intentions saying: ‘Don’t say it was easy for you to make that decision – it was clearly really emotional.’” She explained, “And I wasn’t fucking emotional at all. Hormonally crazy! But I don’t think you should assign ‘it tore me up’ to me. No! I don’t think about it as a baby, of course not.”

The musician was inspired to share her abortion story following Politico‘s leak of the Supreme Court’s draft opinion to overturn Roe vs. Wade last month. In an Instagram story, she said, “I had an abortion in October of last year while I was on tour. I went to Planned Parenthood, where they gave me the abortion pill. It was easy. Everyone deserves that kind of access.”

In The Guardian, Bridgers affirmed that the point she was trying to make was “as a white, upper-middle-class woman from California, even if it were to be overturned, I will always have access.” She added, “The people with access will always have access. What pisses me off is that we’re not talking about me. It’s so easy: I played in Texas the same week, and then I went home and was like: oh my God. Made the appointment. It was 12 hours of my life.”

She said she appreciates not making things like abortion into a big deal because it can make it more normal for others.

“I’ve always found comfort in talking to people in passing – when someone’s mom says: ‘I had an abortion when I was a teen,’” Bridgers explained. “It normalized it for me. I was, ‘All right, it’s time to throw my hat into that pool.’… That’s not a phrase, I just made that up. But I didn’t think about it, really, at all.”

In the interview, Bridgers spoke about her recent song, “Sidelines,” collaborating with Taylor Swift on “Nothing New,” and attending the Met Gala. She also reflected on her relationship with Ryan Adams, who she met when she was 20 (Bridgers told The New York Times in 2019 that the pair had a short, abusive relationship).

“His world was so exhausting that even when I was really infatuated with him, I was, like, I need a break,” Bridgers said. “I didn’t have the endurance for listening to someone talk about themselves at 100 miles an hour.”

She added that it took her a while to make sense of that experience, as well as the time she went to Marilyn Manson’s home as a teenager and witnessed him joking about rape. “My bullshit trauma background was like, ‘You just dated someone and it was kind of shitty,’” Bridgers confirmed. “I was so invalidating of myself that I was like, ‘It’s not abuse if it happens to me.’”

Following her performance at Glastonbury, Bridgers will open for the Rolling Stones at London’s Hyde Park. Her tour dates continue through the summer, with stops throughout Europe, the U.K., North America, and South America.