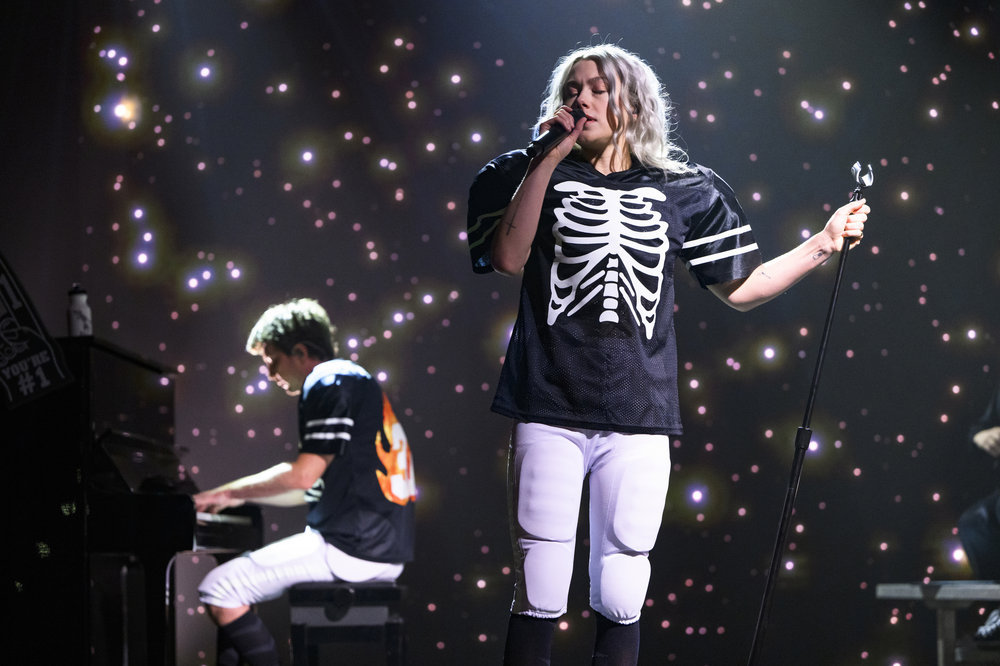 Phoebe Bridgers was joined by a group of string players for an emotionally evocative performance of her recent song, “Sidelines.” The singer and her band donned skeleton-clad football uniforms, which stood in contrast to the moody, introspective tune, for an appearance on The Tonight Show.

Earlier this month, Bridgers shared a video for “Sidelines” mixes an array of footage from Bridgers’ various concerts during her ongoing “Reunion Tour,” along with plenty of behind-the-scenes footage. The video was shot by Bridgers’ younger brother, Jackson. Last month, Bridgers dropped a separate music video that combined footage of her recording the song with scenes from Conversations with Friends.

Bridgers will wrap her “Reunion Tour” with a show at Forest Hills Stadium in Queens, New York today, June 16. Muna — whom Bridgers signed to her Saddest Factory Records label — will provide support at the gig. Bridgers has a handful of European and U.K. shows scheduled through the summer, but she’ll return for some additional North American gigs in August.