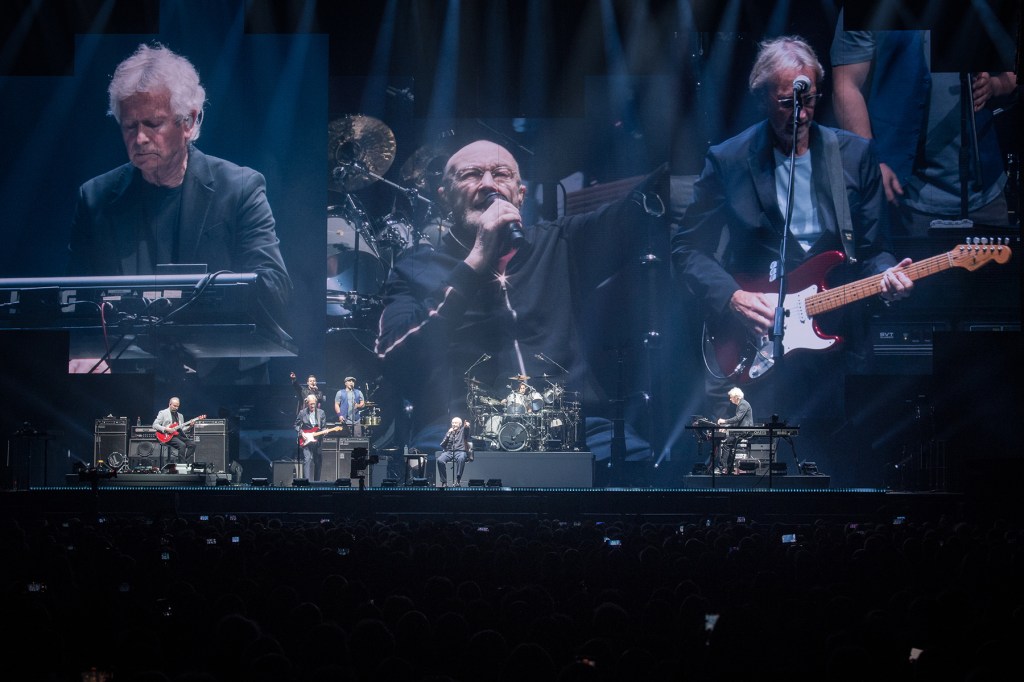 Phil Collins and Genesis have reached a deal with Concord Music to sell their publishing and master recordings for a figure north of $300 million, according to a report in the Wall Street Journal.

In an interview with the Wall Street Journal, Concord President Bob Valentine said he planned on introducing the music of Collins and Genesis to a new generation. “In the world we live in today with Facebook, Instagram, TikTok, all these things that drive consumption of older music,” he said, “there are definitely ways for us as a record company to bring some of this music back to life.”

Many of Collins’ most famous songs come from his solo career, including “In The Air Tonight,” “Against All Odds,” “Sussudio,” “Take Me Home,” and “Another Day In Paradise.” Genesis hits include “Invisible Touch,” “Land of Confusion,” “I Can’t Dance,” “Follow You, Follow Me,” and “That’s All.”  Collins’ most recent collection of original songs was 2002’s Testify. Genesis hasn’t released an album with Collins since 1991’s We Can’t Dance.

Over the past two decades, Collins has battled severe health difficulties, an alcohol addiction that nearly ended his life, and significant ups and downs in his personal life. He took a long break from the road following a 2007 Genesis reunion tour, but he started playing solo shows in 2017 with his son Nic on drums. Last year, he teamed up with Genesis again for the Last Domino? tour.

Collins joins a very long list of superstar artists to sell their publishing in recent years. It includes Bob Dylan, Bruce Springsteen, Paul Simon, Neil Young, Lindsey Buckingham, Stevie Nicks, and David Crosby. Exact dollar figures are rarely released to the public, but the bigger names have reportedly been earning upwards of $300 million. As a general rule, a catalog is sold for roughly ten times what it earns in a typical year.

“Time is passing,” Neil Young told fans on his website that asked about his decision to sell. “I want to cover my family and my art.… A good father plans on how to take care of his children.”

These deals are also happening because several new companies have entered this marketplace, and they’re competing against each other. “Once a song becomes part of the fabric of our society, it almost always stays part of the fabric of our society,” investors Merck Mercuriadis told Rolling Stone last year. “If you were listening to a Nirvana record 25 years ago, chances are you’re still listening to that record when you’re 42 or 60, [and] when you look at those traits of predictability and reliability, those are the same reasons we invest in things like gold and oil.”