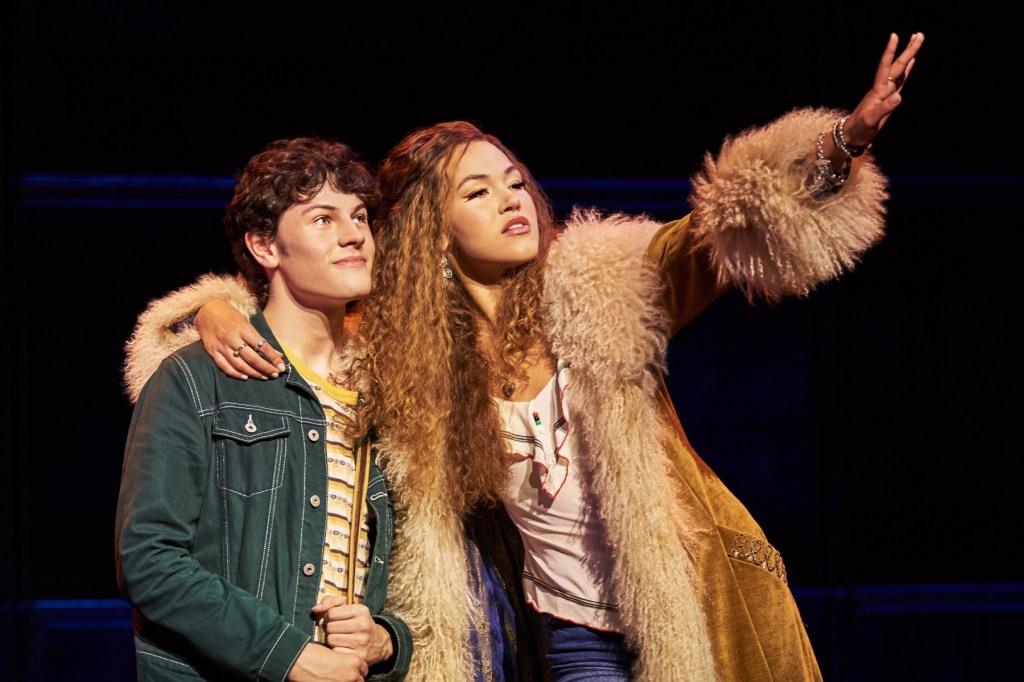 Penny Lane’s Moroccan dream gets the full song treatment in the latest offering from the upcoming Almost Famous musical.

The tender tune is led by Solea Pfeiffer, who plays Penny in the upcoming adaptation, with a few contribution from Casey Likes, who plays William Miller. Over acoustic guitar and dreamy piano, Pfeiffer shares her desire to leave everything behind and venture to Morocco with William by her side: “Why be stuck when there’s motion/Gotta move before it’s too late/So fly yourself cross the ocean/And turn your good into great,” Pfeiffer sings.

“Morocco” is the third single to be shared from the original cast recording of Almost Famous, following “The Night-Time Sky’s Got Nothing on You” and “Everybody’s Coming Together.” Along with appearing on the original cast recording, “Morocco” will also be one of four songs featured on the Almost Famous The Musical – 1973 Bootleg EP, a special 12-inch vinyl release that’ll arrive Dec. 16.

The music for Almost Famous was written by Tom Kitt, while Cameron Crowe — who wrote and directed the original movie — penned the lyrics. The show will begin previews at the Bernard B. Jacobs Theatre in New York City on Oct. 3, with opening night scheduled for Nov. 3.