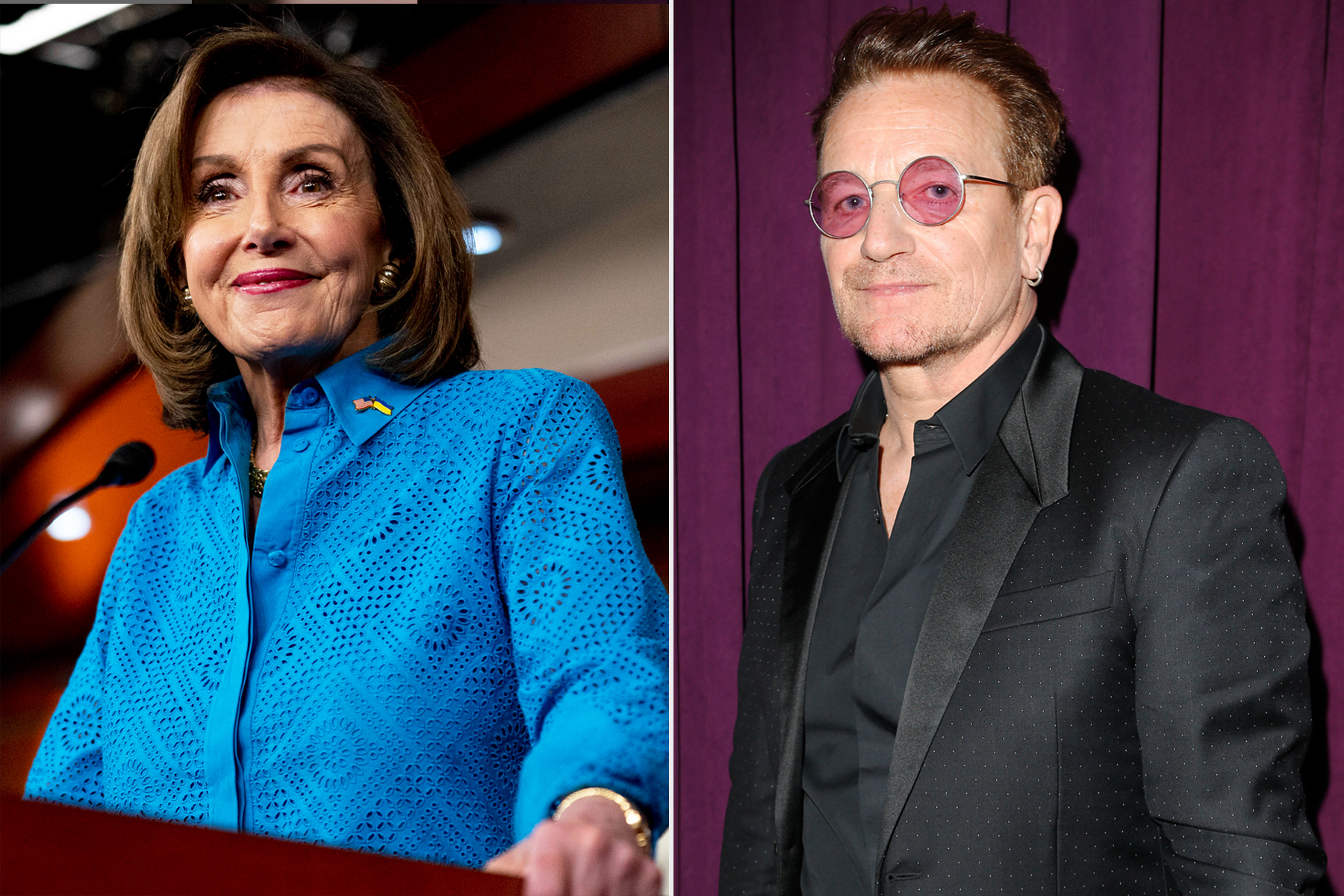 Volodymyr Zelensky is the new St. Patrick… at least, according to Bono. On Thursday, in celebration of St. Patrick’s Day, House Speaker Nancy Pelosi shared a new poem written by Bono at the annual Friends of Ireland Luncheon, with the U2 frontman comparing the Ukraine president to the Irish saint.

“I got this message this morning from Bono,” said Pelosi, unfolding a piece of paper at the luncheon. “Most of us — whether we’re in Ireland or here — Bono has been a very Irish part of our lives.”

She then introduces Riverdance. pic.twitter.com/NzPY1VP2bN

The ridiculous poem described the miracle of St. Patrick and how he “drove out the snakes” from Ireland. For the musician, those snakes now symbolize “an evil that rises/and hides in your heart.” And, with the Russian invasion of Ukraine, those snakes now symbolize Vladimir Putin: “Ireland’s sorrow and pain/is now the Ukraine,” he wrote. “And Saint Patrick’s name now Zelensky.”

As Pelosi finished reading the poem, she gestured for an audience reaction, before attendees could be heard letting out a confused, nervous laugh and subsequent clap. Pelosi also let out a nervous cackle, before presenting a performance by Riverdance.

Earlier in the day, the White House announced that Pelosi — who hosted the Friends of Irleand Luncheon — would be sharing a poem from the U2 frontman. President Joe Biden and H.E. Micheál Martin, Taoiseach of Ireland, were in attendance.

Oh St. Patrick, he drove out the snakes
With his prayers, but that’s not all it takes
For the snake symbolizes
An evil that rises
And hides in your heart
As it breaks
And the evil has risen my friends
From the darkness that lives in some men
But in sorrow and fear
That’s when saints can appear
To drive out those old snakes once again
And they struggle for us to be free
From the psycho in this human family
Ireland’s sorrow and pain
Is now the Ukraine
And Saint Patrick’s name now Zelenskyy