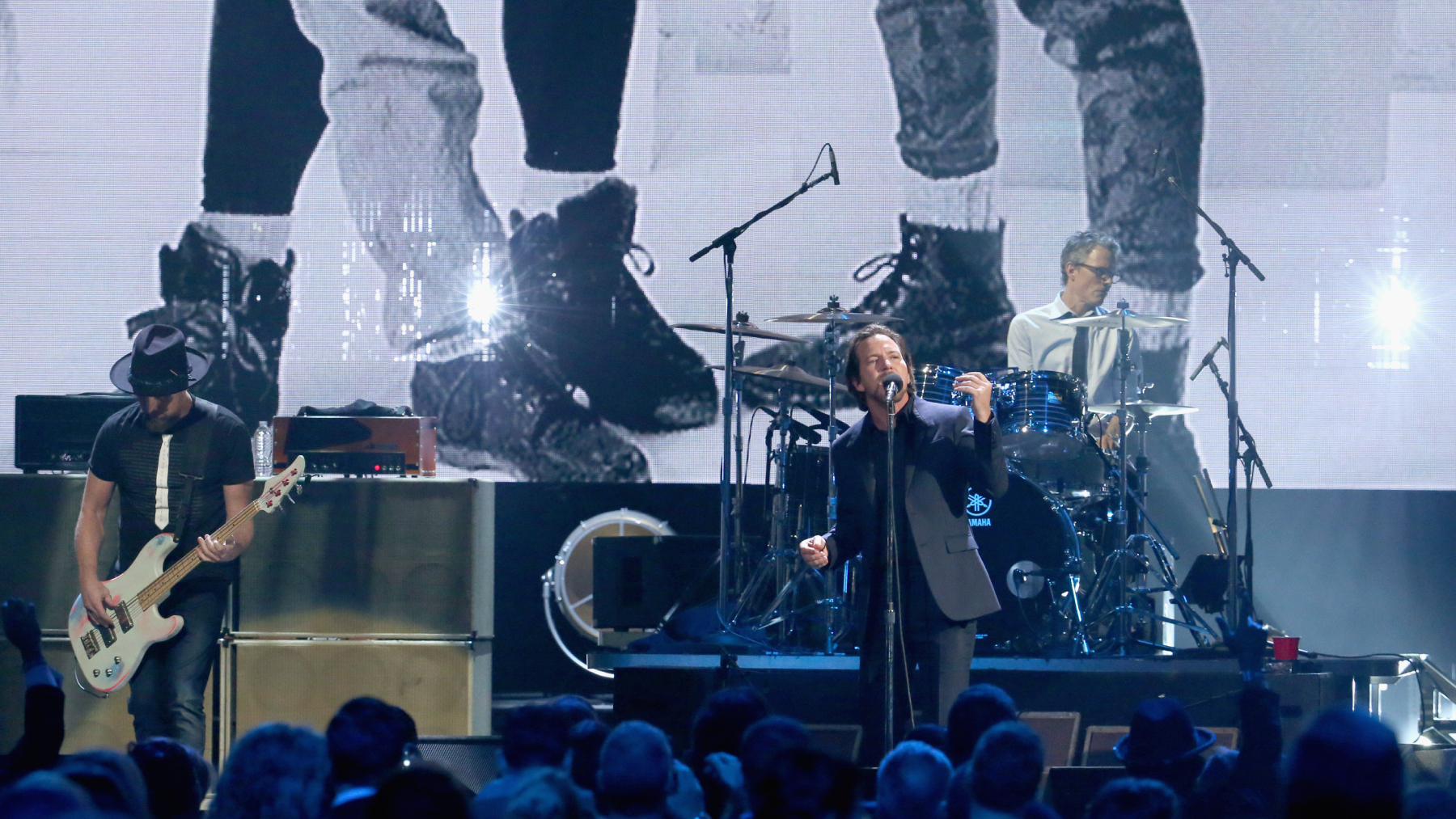 Early Pearl Jam drummer Dave Krusen reunited with the band to play pretty much all of Ten — the only album he played on — at a show in Fresno, California Monday, May 16.

Krusen was one of three drummers Pearl Jam tapped to help fill-in for Matt Cameron, who was out after testing positive for Covid-19 (the other two ringers were Josh Klinghoffer and Richard Stuverud). A fan-shot video captured Krusen’s introduction to the stage, with Eddie Vedder noting the drummer didn’t have the chance to play many live shows with Pearl Jam in the early Nineties, but added, “It looks like this week we’re going to get to make up for it.”

Pearl Jam and Krusen then kicked into Ten opener “Once,” after which they ran through a few more album cuts, “Why Go,” “Even Flow,” “Garden,” and “Black.” Krusen returned to the stage for the encore to play a few more Ten classics, “Jeremy,” “Deep,” “State of Love and Trust,” and “Alive.”

Krusen’s stint in Pearl Jam was brief but pivotal: He joined the group in 1990 and left the following year as he struggled with alcoholism, but in that time he helped the band record Ten. Afterwards, Krusen went on to play in groups like Candlebox, Hovercraft, and Unified Theory, while in 2017 he was recognized for his Pearl Jam contributions and inducted into the Rock and Roll Hall of Fame (while Krusen played with Pearl Jam at the Rock Hall induction ceremony, the Fresno gig marked his first concert with the band in 31 years).

In a 2016 interview with Rolling Stone — after it was first announced that he would be inducted into the Rock Hall with Pearl Jam — Krusen spoke frankly about what it was like watching the band get extremely popular after his departure. “I think it was harder for people around me than it was me,” he said. “I had to either accept or let it run me over. I had to accept it and move on with my life. I realized, also, that’s music and that’s what I wanted to do. The upside of it was it got me to take notice of my life and get my shit together. The cool thing was they are really good people. It’s not just a musical influence. They’ve influenced me in how they’ve conducted themselves.”