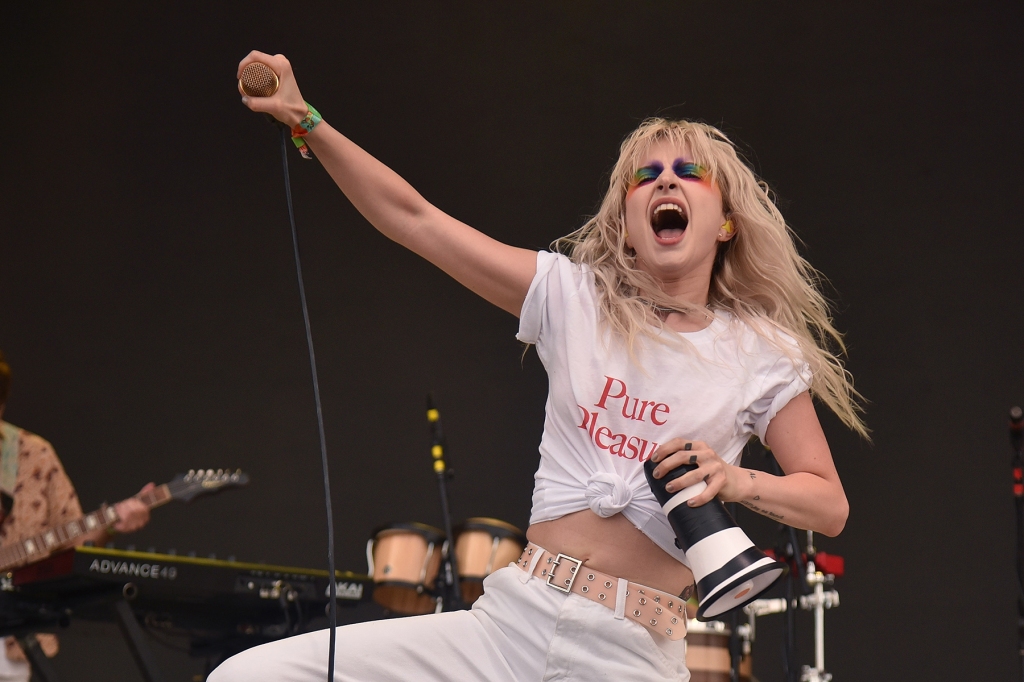 Paramore seems to be in the business of changing their minds, as the band has officially un-retired their controversial but certified banger Misery Business. In 2018, frontman Hayley William said they would no longer perform the song live, following criticism that one of its lyrics was unfeminist. But during Paramore’s return to the stage on Sunday to perform new music for the first time in five years, Williams announced Misery Business would be returning as well—celebrating the band’s new era with the return of an age-old tradition.

“Four years ago, we said we were gonna retire this song for a little while, and I guess technically we did,” Williams said during a performance of the song on Sunday. “But what we did not know was that just about five minutes after I got canceled for saying the word ‘whore’ in a song, all of TikTok decided that it was ok. Make it make sense.”

The lead single from Paramore’s second studio album, Misery Business, was one of the band’s first big commercial hits, reaching across the pop punk aisle to garner mainstream success in pop audiences. It peaked at No. 26 on the Billboard Hot 100 chart and has remained a major influence on the pop scene—including Olivia Rodrigo‘s hit Good 4 You.

It also gave way to a beloved concert practice, where the band invited a dedicated fan from the crowd to sing the bridge as hard as they could. But In 2018, the band received criticism for a lyric in the song directed toward a partner’s ex-girlfriend. The lyric reads, “One a whore you’re nothing more”/”I’m sorry that’ll never change,” and Williams was accused of being unfeminist. Misery Business and its beloved fan participation were retired by the band.

Not anymore. Paramore performed Misery Business to a screaming California crowd Sunday, inviting another lucky fan onstage to join in the magic. Williams also thanked fans for their continued love of the hit, urging fans to be kind.

“I’m not gonna preach about it. I’m just gonna say thank you for being nostalgic about this because this is one of the coolest moments of our show, and it’s very nice to feel like there’s a reason to bring it back that’s positive,” she said.

Almost ninth months after telling Rolling Stone they were back in the studio, Paramore released This Is Why, the lead single in their upcoming sixth studio album. The band is also touring, and with more dates and (hopefully) songs on the way, it’s clear fans have got Paramore where they want them now.