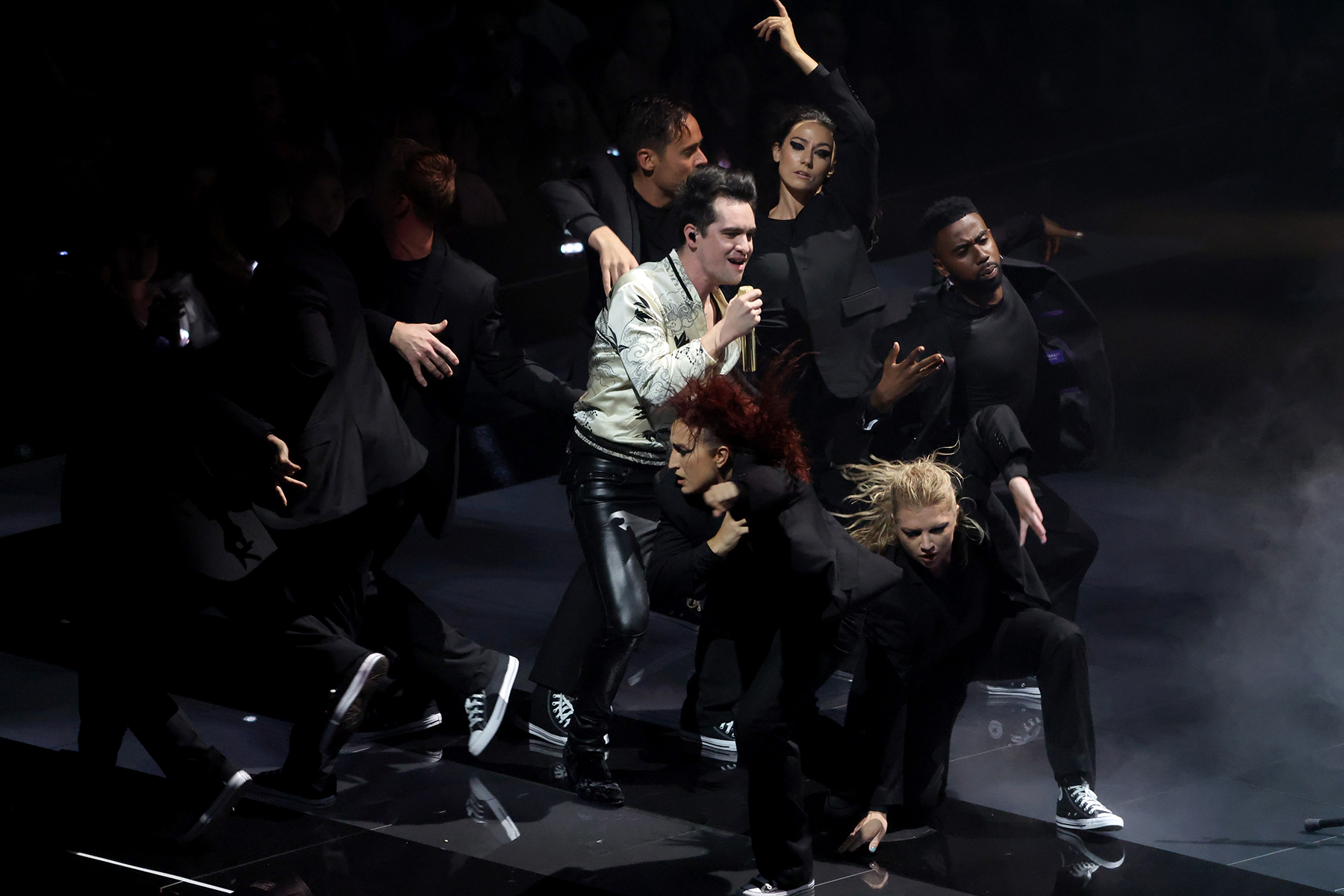 Panic! at the Disco performed their emotional single “Middle of a Breakup” live for the first time at Sunday’s 2022 MTV Video Music Awards.

Appearing at the awards show for the first time since 2018, Brandon Urie and company showcased the Bruce Springesteen-influenced track in an artistic, dramatically lit segment broadcast almost entirely in black and white.

“Middle of a Breakup” is the second single off Panic! at the Disco’s recently released seventh studio album, Viva Las Vengeance — the band’s first since 2018’s Pray for the Wicked — following the release of the title track. Prior to the LP’s release, the band also dropped the singles “Local God,” “Sad Clown,” “Sugar Soaker” and “Don’t Let the Light Go Out.”

“Viva Las Vengeance is a look back at who I was 17 years ago and who I am now with the fondness I didn’t have before,” Urie previously said in a statement. “I didn’t realize I was making an album and there was something about the tape machine that kept me honest.”

Following the VMAs, Panic! at the Disco will launch a world tour in support of Viva Las Vengeance next month, with the North American leg kicking off September 8 at the Moody Center in Austin and wrapping on October 25 at the Chase Center in San Francisco.