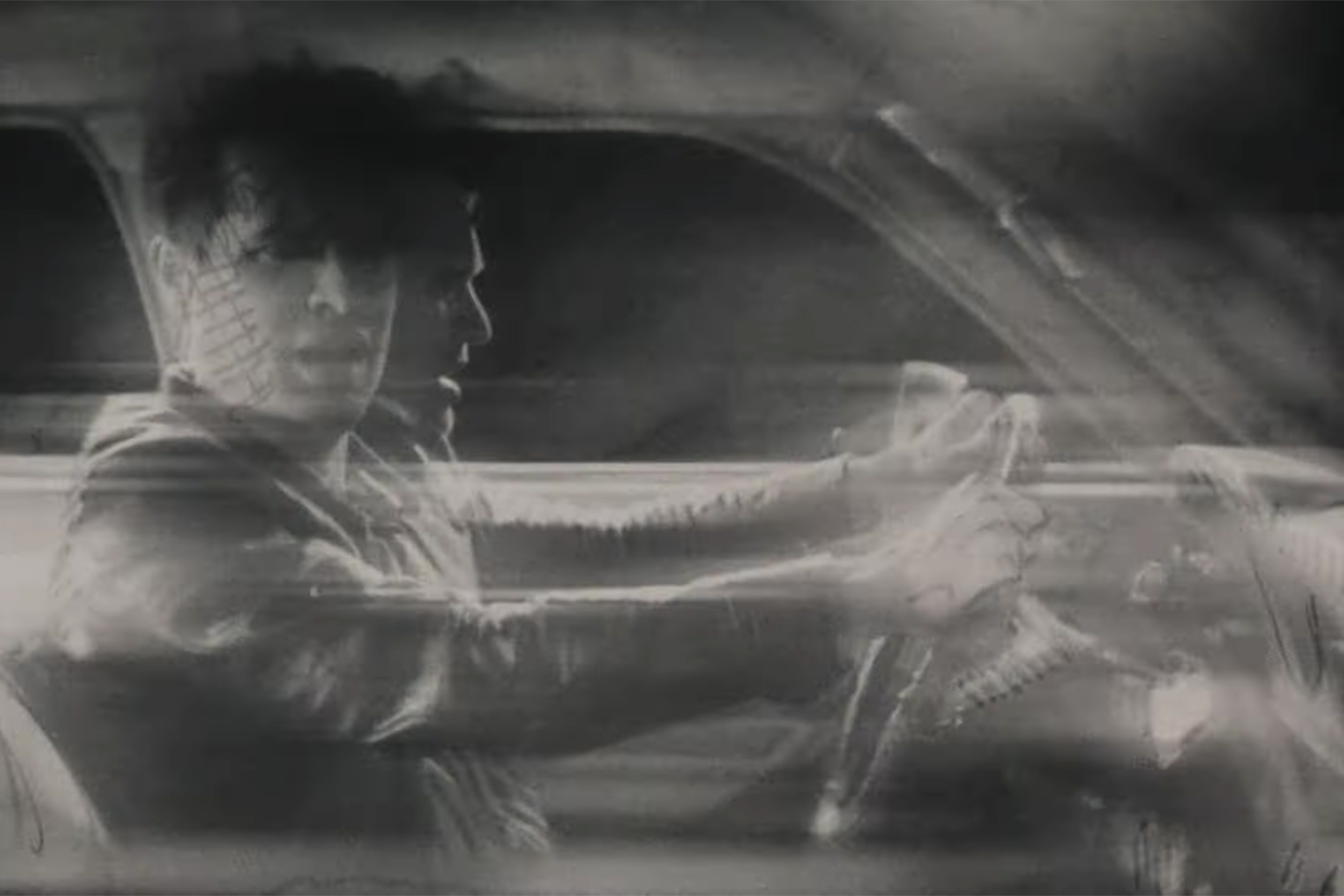 In the music video for their latest single, “Don’t Let The Light Go Out,” Panic! at the Disco’s Brendon Urie is haunted by the looming presence of grief stemming from a relationship that hasn’t yet died.

While Urie tries to keep his focus on the road while driving, his mind won’t stop conjuring the image of a woman in the backseat of his car who fades as quickly as she arrives. “A lady comes and tells me that I’ve got to leave/Right away everybody is the enemy/Deep breaths from the room where I watch you lie,” he sings on the Seventies-channeling soft rock track. “Any beat from your heart gets me through the night/You’re my love, you’re my death, you’re my alibi/Say this isn’t goodbye.”

Suddenly, Urie flashes back to shared laughter on late-night drives that descend into arguments before they’ve ever arrived. Meanwhile, a masked figure is lingering outside the car door. By the end of the Brendan Walter-directed video, four kids stand in front of a cardboard car engulfed in fake flames, departing one by one until a dejected young boy is left standing on his own.

“Don’t Let The Light Go Out” arrives as the fifth single from Panic! at the Disco’s seventh studio album Viva Las Vengeance, out Aug. 19 via Fueled by Ramen/DCD2 Record. A press release for the record described the release as a “cinematic musical journey” exploring “the fine line between taking advantage of your youth, seizing the day, and burning out.”

Urie added: “Viva Las Vengeance is a look back at who I was 17 years ago and who I am now with the fondness I didn’t have before. I didn’t realize I was making an album, and there was something about the tape machine that kept me honest.”