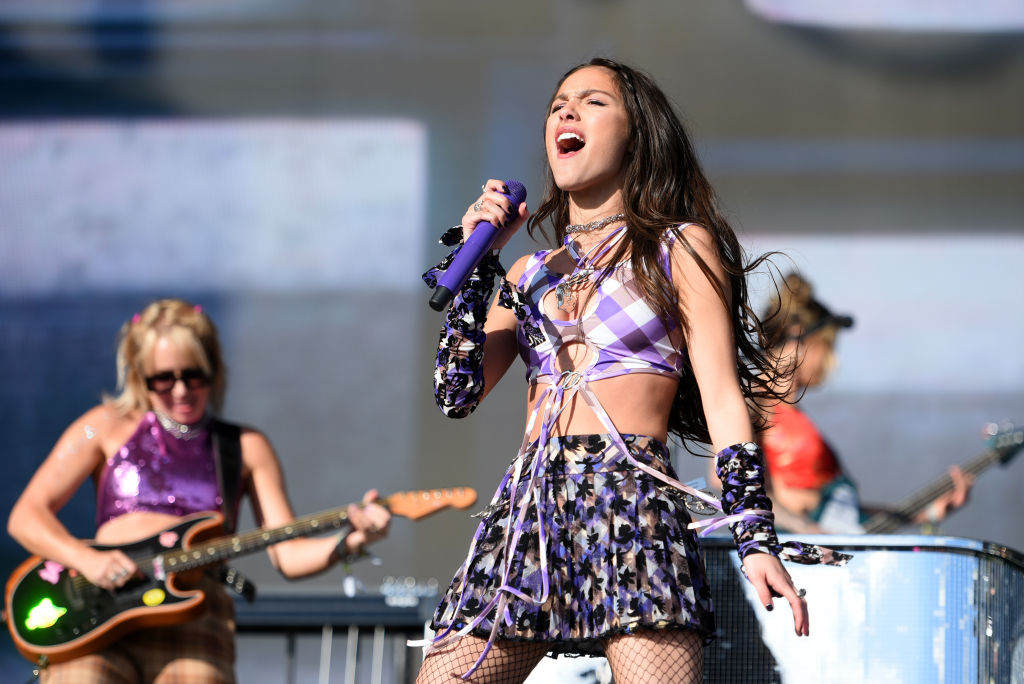 Olivia Rodrigo condemned the Supreme Court’s decision to overturn Roe v. Wade and dedicated a cover of Lily Allen’s “Fuck You” to five of the Justices responsible for the repeal during the singer’s Glastonbury set Saturday.

“I’m devastated and terrified. So many women and so many girls are going to die because of this,” Rodrigo told the thousands of festivalgoers at the famed U.K. fest.

olivia rodrigo: “so many women and so many girls are gonna die because of this” no sugarcoating at all! as it SHOULD BE! and then proceeding to call out the 5 members of the Supreme Court!! pic.twitter.com/rv3R6p39Cu

“I wanted to dedicate this next song to the five members of the Supreme Court who have showed us that at the end of the day, they truly don’t give a shit about freedom. This song goes out to the justices: Samuel Alito, Clarence Thomas, Neil Gorsuch, Amy Coney Barrett, Brett Kavanaugh. We hate you!”

“This next song” was a surprise rendition of Lily Allen’s 2009 song “Fuck You,” a track originally inspired by ultra-conservative political parties leading both the U.S. and the U.K. at the time. Allen herself joined Rodrigo onstage for the performance, giving the aforementioned Justices the middle finger before launching into the track.

Billie Eilish also addressed the repeal before performing “Your Power” during her headlining set Friday at Glastonbury.

“The song we’re about to do is, I think, one of the favorites that we’ve written and it’s about the concept of power and how we need to always remember how not to abuse it,” she said. “And today is a really, really dark day for women in the US. I’m just going to say that as I cannot bear to think about it any longer in this moment.”