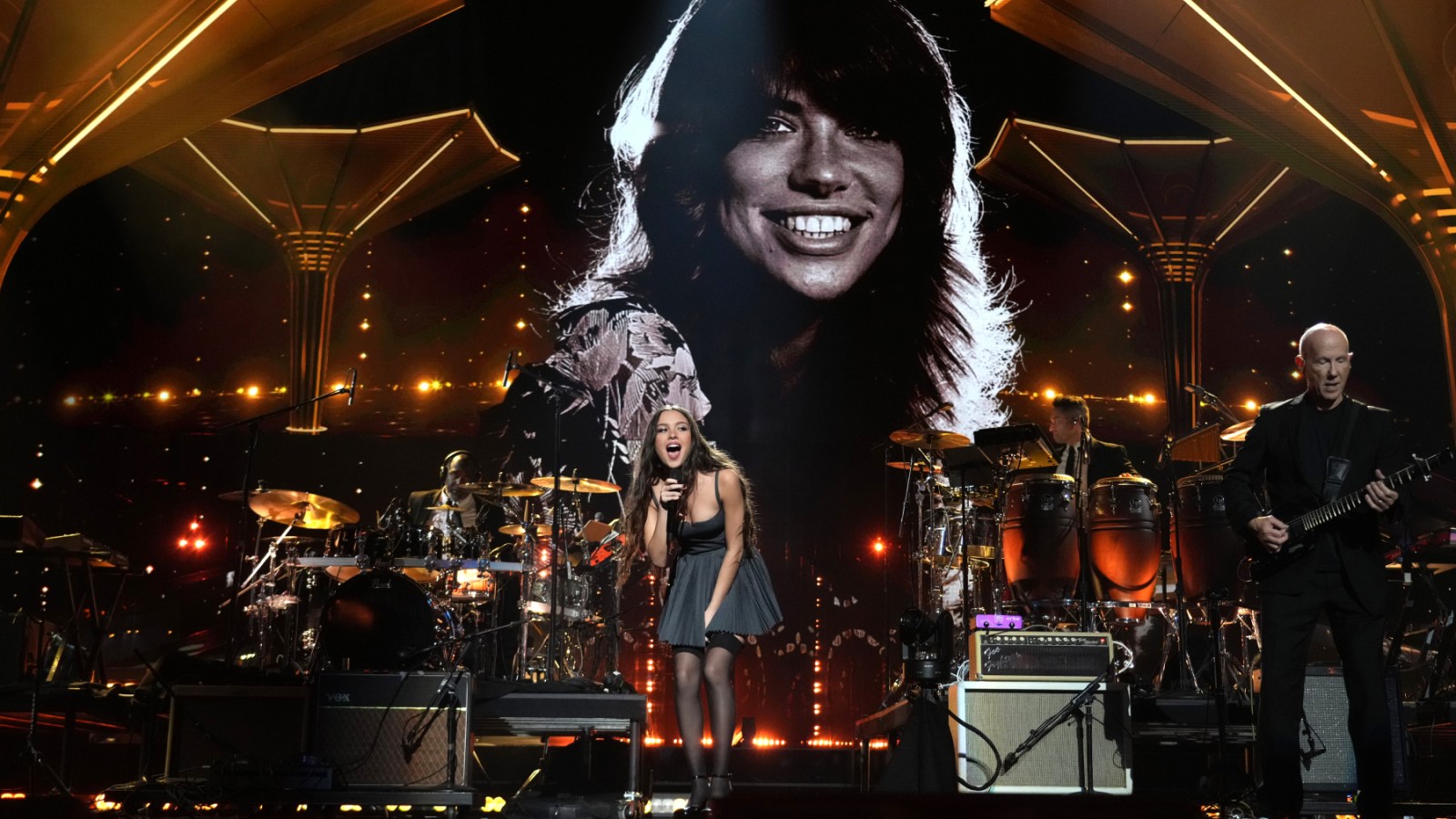 Olivia Rodrigo made her debut at the Rock & Roll Hall of Fame by honoring inductee Carly Simon with a rendition of “You’re So Vain.” Simon’s ubiquitous classic from 1972 was a fitting choice for Rodrigo, who also kickstarted her own career with deeply vulnerable songs.

Before Rodrigo took the stage, Sara Bareilles performed another tribute to Simon, singing the famed ballad and James Bond theme “Nobody Does It Better” from 1977. Bareilles also accepted the induction honor on behalf of Simon, who did not attend the ceremony following the deaths of two sisters to cancer just days apart at the end of October.

Jimmy Ryan, the guitarist on “You’re So Vain” and Simon’s longtime friend, revealed in a since-deleted Facebook post last month that Alanis Morissette was supposed to perform the song alongside Rodrigo at Rock Hall. However, Morissette did not attend the event.

Simon was inducted into the Rock Hall after 26 years of eligibility, dating back to 1996. Though best known for “You’re So Vain,” her catalog includes a slew of timeless hits (“Nobody Does It Better,” “Mockingbird,” “You Belong to Me,” to name a few), and a Best Original Song Oscar (“Let the River Run” from Working Girl). She also received the Best New Artist Grammy in 1972, a trophy that Rodrigo won earlier this year, exactly 50 years after Simon.

Despite her storied catalog and career, Simon wasn’t able to gin up a nomination for the Rock Hall until this year. Simon even theorized it might’ve had to do with a scene in the 1985 movie Perfect, where she threw a drink in John Travolta’s face, which she thought may have angered Rolling Stone founder and Rock Hall co-founder Jann Wenner.

While speaking with Rolling Stone after her induction was confirmed, Simon admitted that being left out of the Rock Hall used to frustrate her when she was more “in the public eye” and thought she deserved a spot. “But,” she added, “I’ve forgotten about wanting it, or feeling that I deserved it, or feeling anything about it at all.”

When she got the call that she would finally be inducted, Simon quipped, “There’s that first thought of, ‘I don’t believe it. It must be the House of Pancakes I just got into.’ Somebody bought me a space on the Walk of Fame, so I got confused with that. Truly, I was dumbfounded. I thought they must be mistaken.”