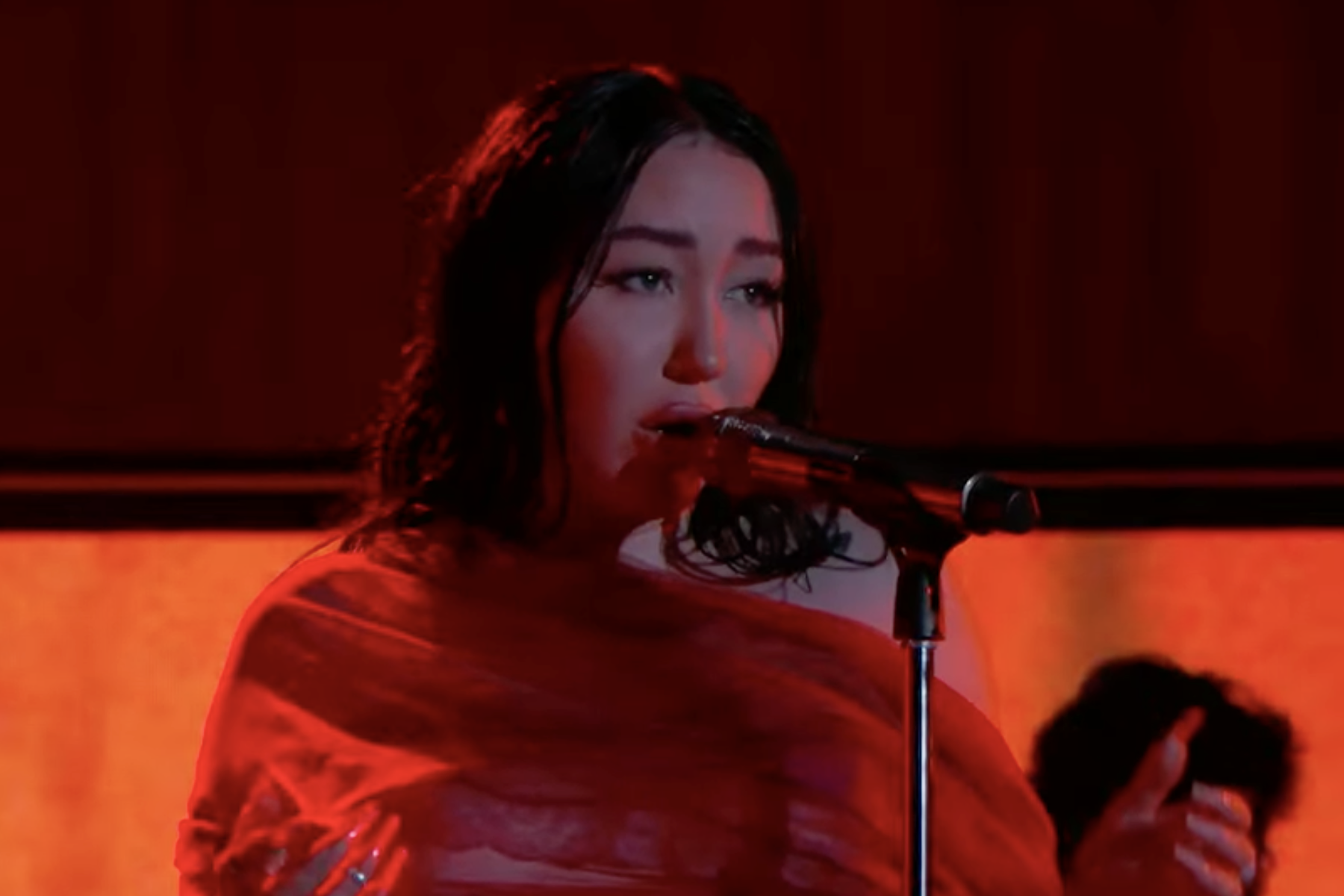 Noah Cyrus offered audiences a taste of her upcoming debut album with an emotive performance of her new single “I Burned LA Down” on Jimmy Kimmel Live.

Backed by a full band, Cyrus performed under the glow of red and orange lights, wrapped in a gauzy, semi-transparent dress as she wove a tale of heartbreak and squandered possibilities. “I waste my breath on a prayer, you don’t care/I was never a part of your plan,” she sung. “You can’t make a God of somebody/Who’s not even half of a half-decent man.”

The anthemic indie-folk ballad, inspired by a breakup and the lingering dread of California wildfire season, is the first glimpse at Cyrus’ The Hardest Part, out July 15. “Living in California, you’re constantly living with this dread of wildfire season,” Cyrus said in a statement announcing her album. “At the time, I was reeling from my breakup, and Caldor was dominating the news. All this internal, emotional pain I was feeling was intertwined with the anxiety around this out-of-control fire and climate change in general.”

Cyrus — who received a Grammy nomination in 2021 for Best New Artist — enlisted Mike Crossey as producer for The Hardest Part. The collaboration, the singer said, allowed her to address uncomfortable topics and emotions in a supportive environment. “I found a safe place to make music with people I love and trust. The process was really healing for me,” she explained. “For the first time, I’m revealing my complete and honest truth.”

Cyrus will head to Europe this summer to tour in support of The Hardest Part, beginning Aug 9. with a performance in Helsinki and wrapping Aug. 24 in Hamburg.