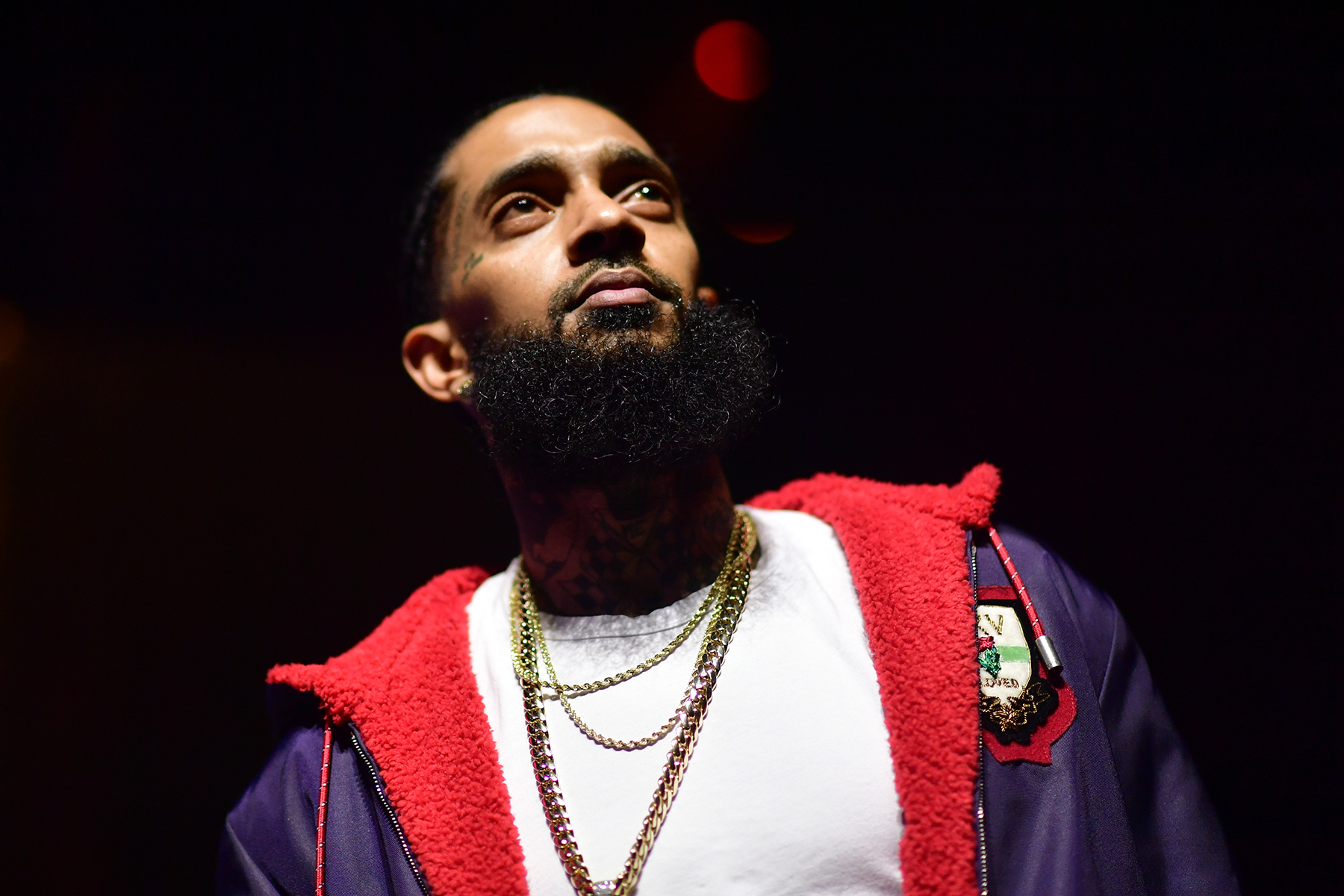 More than three years after celebrated rapper Nipsey Hussle was gunned down in the parking lot of his Marathon clothing store in a shocking daylight ambush, his alleged killer is due to begin his murder trial in a matter of weeks.

Suspected shooter Eric Holder, 32, appeared in a Los Angeles courtroom Thursday as his public defender announced he’s ready to face a jury in the long-delayed case. When the prosecutor announced he was ready as well, Judge H. Clay Jacke ordered both sides back to court on June 2 to begin jury selection. Once a panel is seated, testimony in the high-profile case is expected to last two weeks.

“We have been looking forward to the day that we could present evidence in court on this case. But for the Covid emergency, this case would have been tried quite some time ago,” Los Angeles County Deputy District Attorney John McKinney tells Rolling Stone.

Prosecutors claim Holder fired at least 10 rounds into Hussle from a black semiautomatic handgun in one hand and a smaller silver revolver in the other, killing the 33-year-old posthumous Grammy winner outside his apparel store in the heart of South Los Angeles on March 31, 2019.

“Mr. Holder was firing with two different handguns, trading (shots) between his right and his left hand,” McKinney told the grand jury that ultimately indicted Holder, according to a transcript of the May 2019 proceeding obtained by Rolling Stone.

Once the hail of gunfire stopped, Holder allegedly kicked Nipsey in the head and ran off, a police detective testified, citing surveillance video shown to the grand jurors.

After hearing evidence presented over three days, the grand jury indicted Holder on one count of murder, two counts of attempted murder for the bullets that struck bystanders Kerry Lathan and Shermi Villanueva, two counts of assault with a firearm, and one count of possession of a firearm by a felon. If convicted as charged, he faces a possible life sentence.

Public defender Aaron Jansen says it’s not yet clear if Holder will testify in his own defense.

“That, ultimately, is his decision,” Jansen tells Rolling Stone. “He was under a lot of emotional duress [that day]. He was very close to his mother, who had recently passed away a few months before. He’s also had a substantial mental health history predating all of this, and he was getting treatment, and his medication dosage was high. He was even subjected to electroshock therapy as a last resort to help him.”

Jansen says he plans to challenge the two counts of first-degree attempted murder. “Those would more appropriately be charged as assault with a deadly weapon. So we’re going to be litigating that,” he says. “If not during the trial, then during sentencing.”

Hussle, born Ermias Asghedom, arrived at his store “unannounced” the day of the shooting and was talking with friends when Holder appeared unexpectedly, the evidence presented to the grand jury stated. Holder and Hussle, who knew each other, started a four-minute conversation that involved “Asghedom accusing Mr. Holder of snitching, which in the gang world is a very serious offense,” McKinney told the grand jury.

“Nipsey was basically looking out for him, telling him that, you know, ‘I haven’t read it, I don’t know if it’s true or not, but you need to address it.’ That’s what Nipsey was doing,” witness Herman Douglas, who worked for Asghedom and was present for the conversation, testified before the grand jury.

After the short conversation, Holder walked away, ate some chili cheese fries, and returned about six minutes later, according to testimony. “Obviously that conversation about snitching was enough that it moved Eric Holder to a point of wanting to return to the parking lot and kill Nipsey Hussle,” McKinney told the grand jury. “As he approached, he was prepared to fire as many shots as necessary and shoot as many people as necessary to ensure that he killed Nipsey Hussle.”

Holder allegedly fled the shooting with a woman who later turned herself in for questioning. She testified to grand jurors that she saw Holder with both guns and drove him away from the scene after he threatened to batter her while armed. Holder allegedly hid out in a motel and was arrested two days later in nearby Bellflower.

Asghedom, who won two posthumous Grammys for his songs Racks in the Middle and Higher, grew up in South Los Angeles and was known for pouring his time and money back into the community. Before his death, he’d been nominated for a Best Rap Album Grammy for his acclaimed Victory Lap album and attended the February awards show with his partner Lauren London and daughter Emani.

In a December 2018 interview with Rolling Stone, he shared why the project meant so much to him: “There are life stories on there. You look at other albums that have been recognized in the past and you see the same quality. I know it’s my music, and I’m close to it, but I’m a fan of hip-hop, and I know what good rap music sounds like. It reminded me of moments I’ve had with classic rap albums.”