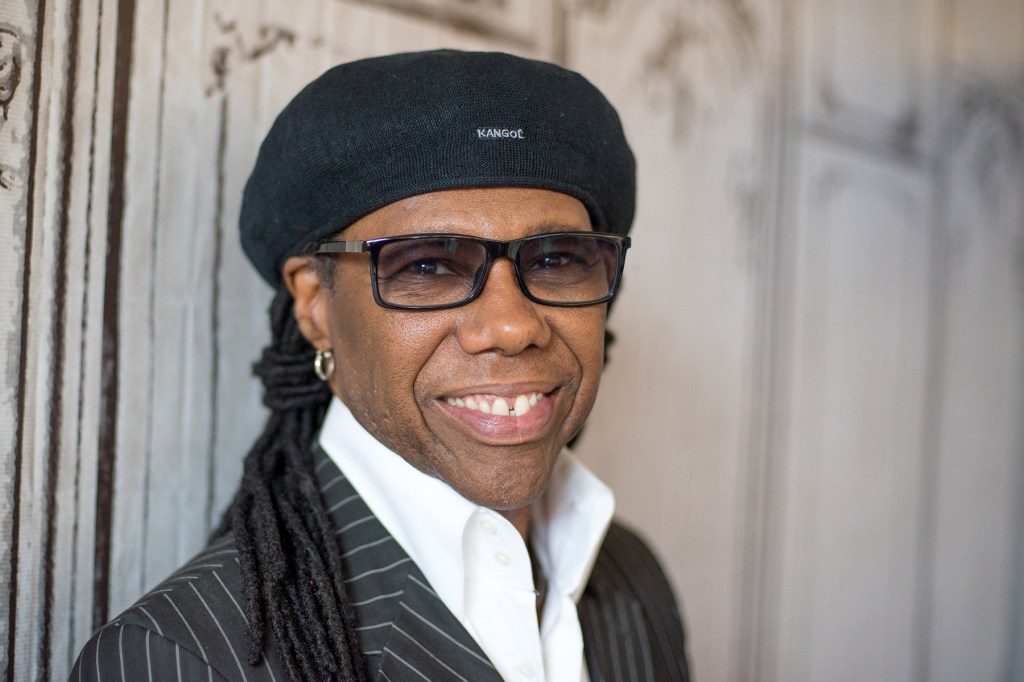 Nile Rodgers can now destroy worlds. As of this past April, an asteroid — a minor planet hurtling through space in an orbit between Mars and Jupiter — is now officially known (at least to us Earthlings) as “Nilerodgers (191911),” according to the International Astronomical Union (IAU).

Rodgers, who has recorded astronomically popular songs with Chic, Madonna, David Bowie, Daft Punk, and countless others, still can’t wrap his head around how cool it is to have an asteroid named after him. “When you think about movies that you’ve seen in the past, and they talked about, ‘We just saw an asteroid and we think that it’s on a trajectory with whatever … oh, that asteroid is Nilerodgers!’” he says, laughing. “‘Oh, my God, it’s gonna be a direct collision with …’ It’s just so crazy. It’s so … out of this world.” He laughs.

Rodgers learned of the honor last week at a dinner for his 70th birthday when his partner in life, Nancy Hunt, and their close friend, Simon Lowery — who works for the European Southern Observatory that houses “the biggest telescope in the world and that’s all you need to know” — presented him with a certificate from the IAU. Hunt also gifted him a unique Bulova watch that shows the asteroid’s exact position in space on his birthday that day to commemorate the extraterrestrial homage. Rodgers has now joined the privileged few musicians, such as Bob Dylan, Freddie Mercury, and Stevie Wonder, to have asteroids named after them. 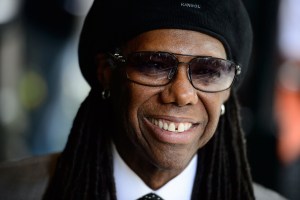 Lowery came up with the idea of christening a space rock after Rodgers before the artist’s 69th birthday but decided to wait until his 70th since it would be time-consuming, and he wanted to do it right. When Lowery suggested the concept to Hunt, she immediately got on board. In the past few years, she’s been helping Rodgers pare down his worldly possessions, donating his guitars and cars to charity given the massive breadth of stuff he’s acquired. As he’s become something of a minimalist, shopping for him has become incredibly difficult. (Rodgers’ birthday present to himself, incidentally, was a $1 million gift to the We Are Family Foundation, the charity he and Hunt run that funds schools, fights systemic racism, and empowers “Global Teen Leaders.”)

“What do you get somebody who’s turning a milestone birthday who doesn’t really want things?” she says on a Zoom the day of Rodgers’ birthday. “We both really love space; we’re sci-fi fans. So as soon as Simon brought this up to me, I said, ‘Whatever I can do, let’s make this happen. This is the perfect gift for him.’ His music is legendary and will live on way past him, and this asteroid is going to be legendary and live way past him. So it’s an eternal gift.”

Lowery worked his professional connections, and eventually one of his friends contacted the Catalina Sky Survey, which discovered the asteroid in April 2005. During the naming discussions, when the person who had discovered it learned that it would be named after Rodgers, he freaked out. “What the fuck? Of course!” Lowery remembers him saying. It turns out, the scientist was a Chic fan, which gave Lowery enough momentum in the endeavor to get the asteroid renamed at the highest level.

“I spoke to one of my astronomy friends in Australia today and told him about it, and he said, ‘Yeah, so it’s a $49 thing from the Internet,’” Lowery says on the same Zoom with Hunt. “I sent him the certificate and he went, ‘Fuck me. The IAU have assigned this? Just how did you do that?’ And this is a guy who’s been an astronomer for 40 years.”

On the day after his birthday dinner, Rodgers explains that his interest in astronomy blossomed in grade school around age 13, when he watched the first moon landing on primitive jumbotrons in Central Park. He has kept an interest in science and sci-fi ever since, even befriending Dr. Stephen Hawking at a Google seminar a few years back. “I was, like, fanboying and I asked him a question, and I forgot that he couldn’t respond quickly right because he had to do the whole thing,” Rodgers says, referring to the assistive technology that spoke for Hawking. “I was just this kid basically who somehow has never lost that love of learning more about the unknown.”

The asteroid, Nilerodgers (191911), is shaped like a potato with a dusty, pitted surface, according to Lowery, and is about one-and-a-quarter miles wide and located a little less than 300 million miles from Earth. It takes 5.7 Earth years to circle the sun at a speed relative to about 37,000 miles per hour. “If it hit Earth, it would destroy Earth basically,” Lowery says. “It wouldn’t ever do that because it’s in such a long orbit. But that would be funny, wouldn’t it?” Hunt says, “No, not really,” as Lowery jokes, “Nilerodgers Destroys Earth.”

At the birthday dinner, many of Rodgers’ musician friends, including Robert “Kool” Bell from Kool and the Gang, former Bon Jovi guitarist Richie Sambora, and the family of the late Chris Cornell, stopped by to wish him well. At one point, someone showed him a video with Queen guitarist Brian May, who quizzically told Rodgers that they now had two things in common. They both have played guitar on huge hit songs, so what could it be? When Rodgers learned that it was the asteroid connection (in addition to writing “We Will Rock You,” May is an astrophysicist with his own minor planet named after him) Rodgers didn’t know what to think. “I got the shock of my life when I was gifted an asteroid,” he says laughing.

“Once you get past the gesture, you’re connected with the love that made it happen,” he says. “I guess that’s why I have tears in my eyes now. It’s the love, the human emotions and feelings other people giving back to you, so for my entire life I will hopefully continue to give to others as best I can.”