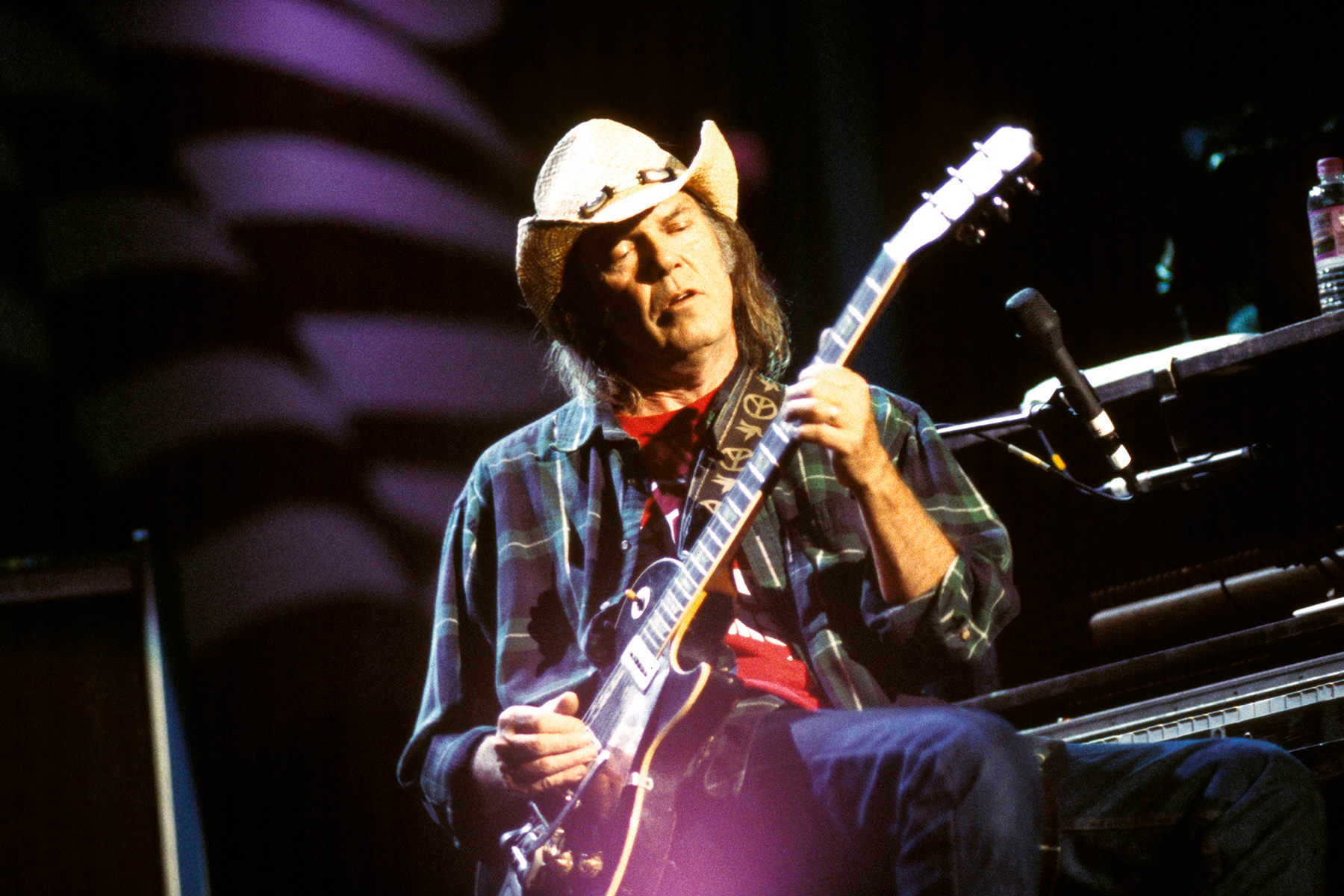 Neil Young and Crazy Horse’s lost 2001 LP Toast is finally arriving this summer. The project was announced Thursday in a since-deleted post on the Neil Young Archives, but Amazon and other retailers list July 8 as the release date. Young also shared the Toast track “Standing In The Light of Love” on his official YouTube channel Friday morning.

Young started Toast at Toast Studios in San Francisco in early 2001 shortly before he headed down to South America with Crazy Horse for a tour. “The back door opened onto an alley,” Young wrote last year on the Neil Young Archives. “It was so stuffy in there that we left the door open until one day we saw rats coming in and out. After that, we just went outside for a smoke.”

According to Crazy Horse guitarist Frank “Poncho” Sampedro, the rats were just one of the problems they faced during the sessions. “It felt like there was something wrong,” he told Rolling Stone last year. “Neil had trouble writing. We spent a lot of days watching him sit on the floor with a yellow pad. And then we’d play. I don’t know. I’m sure there’s good stuff there, but it was never …We just didn’t have our compass. Something was different in those sessions. I don’t know. I can’t put my finger on it.”

When they came back from the road, Young decided to scrap the album in favor of his Booker T. and the MG’s collaboration Are You Passionate? But he played some of the Toast songs on the road, including “Standing In The Light of Love,” and began thinking about ways to resurrect the project in the future. “It’s a mind blowing record, and I don’t think it’s a commercial record, but it’s great rock and roll, very moody, kind of jazzy,” he told Rolling Stone in 2008. “I want to have a premier of it that’s in a large art gallery with speakers in all four corners of the room, and huge speakers and really spend some time on the acoustics of the room.”

The art gallery idea never came to fruition, but during the pandemic, Young began combing through his vast archive and releasing lost albums like Homegrown. He eventually came back to Toast. “The sound is murky and dark, but not in a bad way,” he shared with fans last year. “Fat. From the first note, you can feel the sadness that permeates the recording. That song, with its refrain, ”Don’t say you love me”, is called “Quit.” The next one, sort of like a Deep Purple hit, is called “Standing in the Light.” Followed by “Goin Home,” these songs paint a landscape where time doesn’t matter – because everything is going south. A lady is lost in her car. The dark city surrounds her – past present and future. It’s a scary place. You be the judge.”

“It must be said that here Crazy Horse shows a depth never seen or heard before,” he continued. “The greatest group I have ever met. This is a pinnacle. Where they let me go, where they took me, was unbelievable. I couldn’t stay. Then, ‘I’d like to shake your hand, Mr. Disappointment.’ I see you now eye to eye. Murky and dark. There’s no mistaking it. How can you be so real and intangible?”

According to Amazon, Toast will contain “Quit,” “Standing in the Light of Love,” “Goin’ Home,” “Timberline,” “Gateway of Love,” “How Ya Doin’,” and “Boom Boom Boom.”