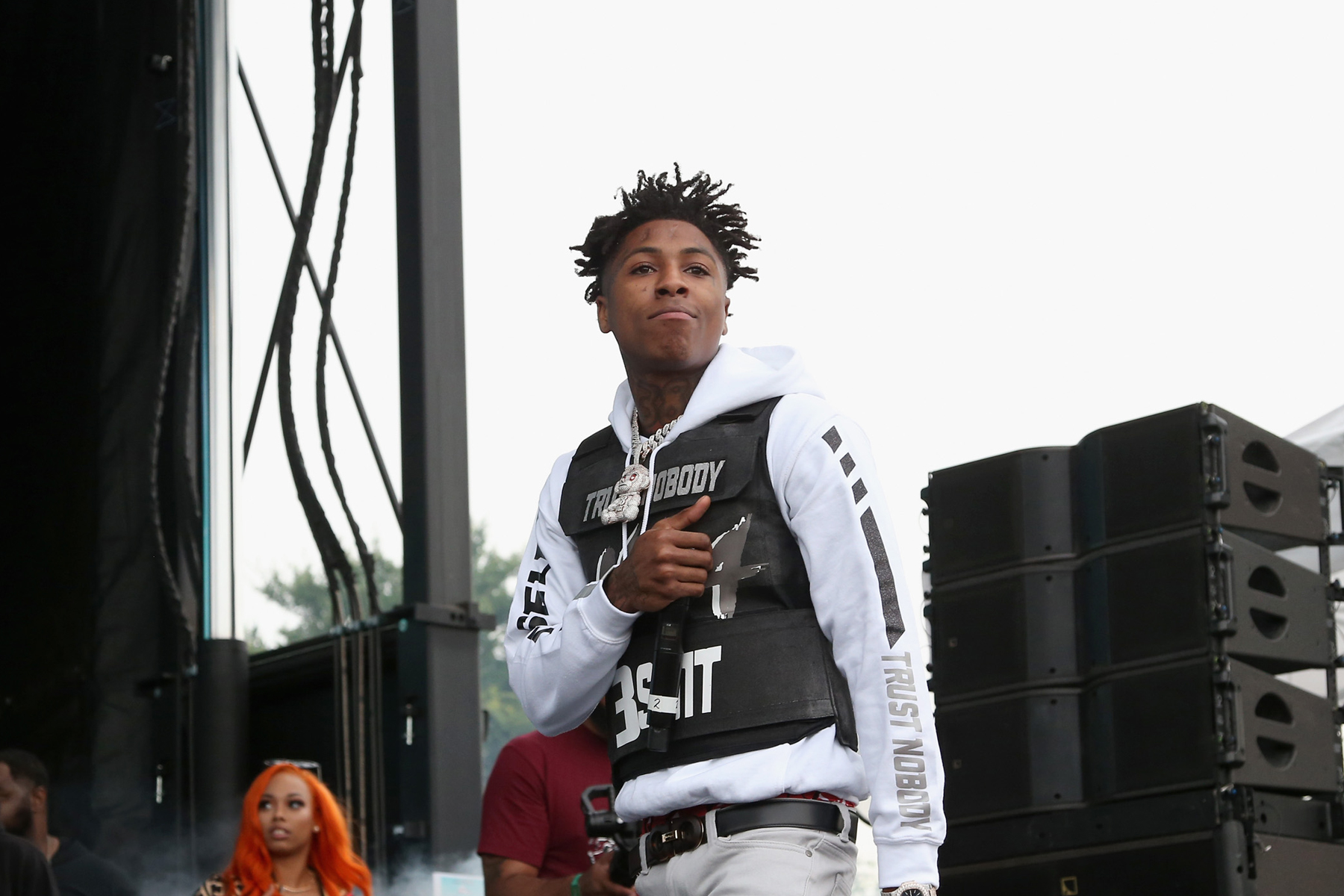 Prosecutors spent considerable time Wednesday going over the FNX-45 pistol and $700,000 worth of high-end jewelry found in rapper NBA YoungBoy’s Mercedes Maybach during an arrest. The defense focused on what wasn’t found – fingerprints.

FBI Forensic Examiner Icel Kuznetsova, an expert in the field of latent print examinations, testified that she scoured the FN’s magazine and 12 rounds of ammunition but retrieved “no suitable latents,” meaning prints.

YoungBoy, whose legal name is Kentrell Gaulden, claims he had no idea the gun was in the car when LAPD officers attempted to pull him over on March 22, 2021, to arrest him on a warrant out of Louisiana tied to a different gun possession case.

“There’s no evidence based on any of your analysis that shows that Mr. Gaulden touched those particular items at all, is that correct?” defense lawyer Andrew Flier asked Wednesday, referring to the magazine and cartridges.

“I did not develop any prints on these items,” Kuznetsova said.

Under direct examination by Assistant U.S. Attorney Rajesh Srinivasan, Kuznetsova said the lack of usable prints was not unusual. She testified there’s only about a 10 percent success rate when it comes to extracting usable prints from firearms and magazines due to a variety of reasons, including “anti-moisture coating” on the items.

Gaulden has pleaded not guilty in both the California and Louisiana cases, which center on essentially the same charge: that he was a felon in possession of a firearm deemed off-limits due to his 2017 conviction for aggravated assault with a firearm.

The Louisiana case, set to be tried next, involves disputed allegations that Gaulden jointly possessed two guns when he was arrested along with 16 other Black men in Baton Rouge on September 28, 2020. After securing an indictment in that case, FBI agents began surveilling Gaulden in Los Angeles and coordinated with LAPD to pull over his Mercedes Maybach on March 22, 2021, to execute a felony arrest warrant.

Gaulden fled the traffic stop after one of the LAPD officers unholstered his weapon, his defense claims. A high-speed chase through a residential neighborhood ensued, prosecutors allege. Authorities ended up using a helicopter and a K-9 unit to find Gaulden about two hours later, hiding in a stranger’s backyard. His defense lawyer said during opening statements that Gaulden was unaware of the warrant.

But nonetheless, an FN .45 caliber pistol was eventually located on the backseat floorboard of the Maybach, as well as around $700,000 worth of high-end jewelry from Shyne Jewelers in Philadelphia and $25,000 cash, prosecutors say. Gaulden’s defense claims the gun was hidden under the seat by someone else and that their client had no idea it was there.

AUSA Srinivasan spent much of the morning leading FBI Special agent Andrew Roosa through a long series of photos showing the many luxury watches, diamond-encrusted pendants, chains, and rings found tucked inside two cases in Gaulden’s Maybach. Roosa testified that he also found Gaulden’s Louisiana state ID card, some of his bank cards, and paperwork related to his leasing of the Maybach just days before the arrest.

When it was Gaulden’s turn to cross-examine Roosa, his lead lawyer James Manasseh focused on other items in the car, suggesting his client wasn’t the only person using or being transported in the high-end vehicle. He also showed jurors a photo of three larges bags of clothing found in the trunk. One was a large shopping bag with handles from McDonald’s.

“Does this look like a bag that is for a large quantity of food from McDonald’s?” Manasseh asked, leading to an objection from prosecutors that was sustained.

Manasseh then showed a photo of a key card and parking receipt from the Beverly Hilton Hotel along with an American Airlines ticket receipt for someone named Deondre Smart.

“Did anybody investigate to see whose room that was for?” he asked.

“I do not know. I did not personally,” Roosa responded.

Manasseh then showed jurors an exhibit showing a receipt from The Boiling Crab restaurant also found inside the car. The long receipt showed the bill was $221.76.

“It’s for multiple items of food. Do you know who that belonged to?” Manasseh asked.

“Did anyone go and check out the cameras to see who ate at that restaurant?” the lawyer continued, leading to an objection that was sustained.

If convicted in the case, Gaulden is facing the possibility of years in prison.