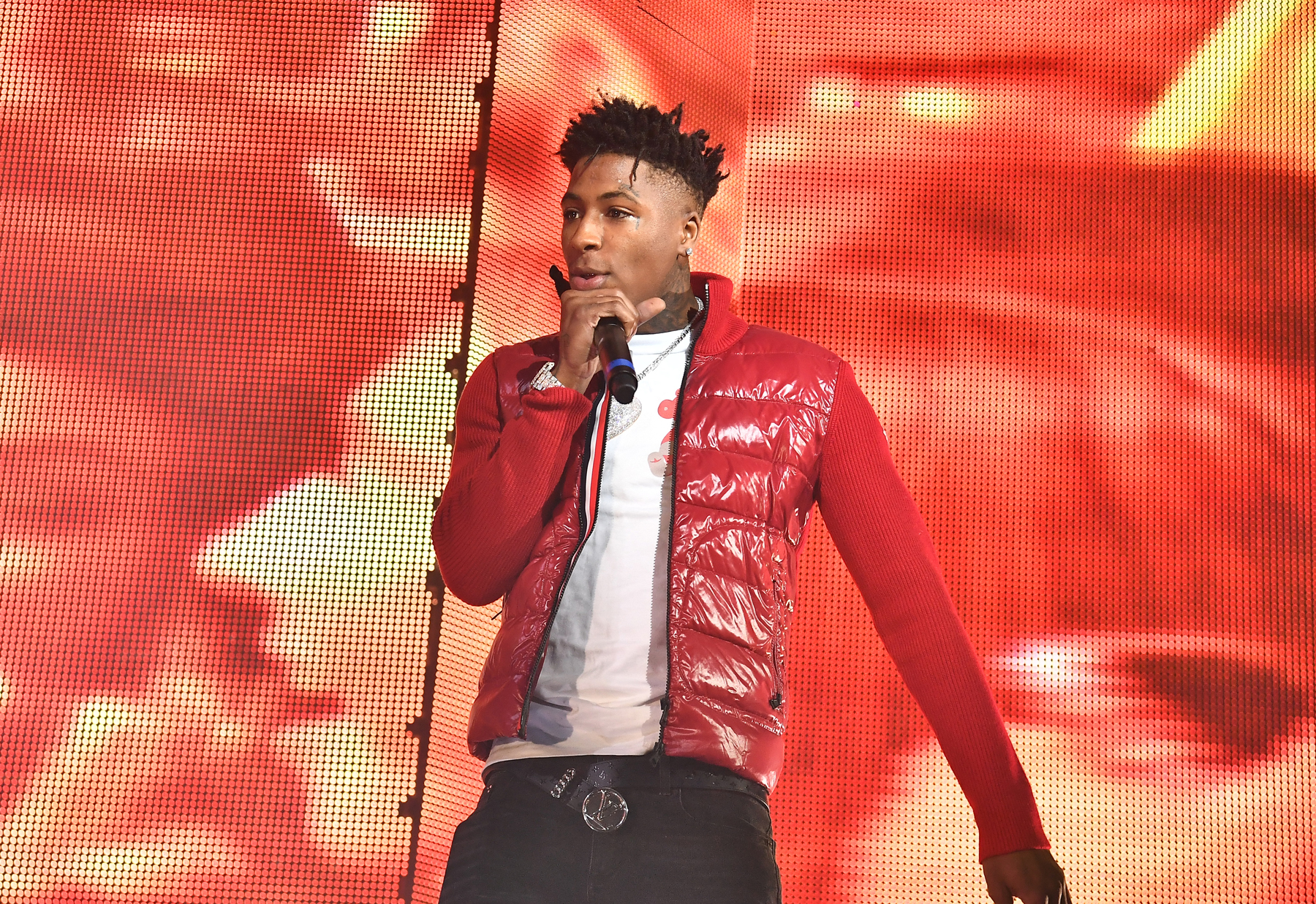 Chart-topping rapper NBA Young Boy was found not guilty at his felony gun trial in federal court in Los Angeles on Friday.

The popular and prolific artist, born Kentrell Gaulden, jumped up in celebration when he heard the verdict, then quickly sat down again so the judge could excuse the jury of seven women and five men who returned the unanimous verdict.

The Sincerely, Kentrell rapper had been charged with being a felon in possession of a firearm. Authorities recovered an FN FNX .45 caliber pistol from the rear passenger floorboard of his Mercedes Maybach when he was arrested in Los Angeles on March 22, 2021. The arrest was based on a felony gun possession warrant out of Louisiana for a separate, still-pending case.

Gaulden, 22, fought the charge by arguing he didn’t know the gun was in the car and had no intent to possess it. Manasseh said in his closing argument Thursday that other people had access to the luxury vehicle, that prosecutors failed to link his client to the gun with DNA or fingerprint evidence, and that no witnesses ever testified that they saw Gaulden with the recovered weapon that day.

EXCLUSIVE video of NBA YoungBoy reacting to NOT GUILTY verdict after stepping outside federal courthouse.

“He was not guilty. He was innocent,” lawyer James Manasseh says.

Still under house arrest in the Louisiana case, Gaulden said he wanted to exit out of the front of the courthouse after his win so he could greet fans, but U.S. Marshals instead led him to a secure elevator and out a back exit because more than a hundred people had gathered outside waiting for him. Seconds after he walked out of the building into the bright sunshine, Gaulden, who likely would have faced years in prison if convicted, celebrated again.

“It’s this man, he’s the greatest,” Gaulden said, speaking to Rolling Stone after he flung his arm around Manasseh.

“No, it’s all the people around us. And he was not guilty. He was innocent,” Manasseh said.

In their own closing arguments Thursday, federal prosecutors tried to convince jurors that Gaulden showed his guilt when he fled his surprise arrest and hid in a backyard. They also said the FNX-45 recovered from Gaulden’s Maybach was purchased in December 2020 by Joel Diggs, a man whose brother, Joseph Diggs, is the partner of Demetrice Monique Coleman, a beloved godmother figure in Gaulden’s life. They had tried to introduce lyrics from some of Gaulden’s songs in which he referenced an FN and described Coleman as a mother figure, but the judge denied the request shortly before jury selection.

The defense, meanwhile, said prosecutors never established the whereabouts of Joel or Joseph Diggs around the time of the arrest and couldn’t rule them out as being present at a gathering of Gaulden’s friends at the Beverly Hilton Hotel days earlier. A key card and parking receipt from the hotel were found in the Maybach.

“The attorneys for the government didn’t have enough to solidly pin it on him. There was reasonable doubt,” juror Mejan Barriere, 21, told Rolling Stone in an exclusive interview after the verdict.

“Our main topic was ‘that day.’ Nobody knew who actually was at his house that day. They didn’t know if he knew the gun was in the car that day. And then we basically, we just argued that since they couldn’t prove he had knowledge of the gun that day, that we couldn’t say without a reasonable doubt that he knew about the gun,” Barriere said.

“If they had proof of him having the gun in Los Angeles, like taking pictures with it, or if the DNA test could have confirmed that he was actually one of the DNA (profiles) on the gun,” maybe the verdict would have been different, he said.

In his closing argument, Manasseh further argued that images of Gaulden holding what looked like an FNX-45 outside Coleman’s house in Baton Rouge and then at Shyne Jewelers in Philadelphia in the months leading up to his California arrest were “not relevant” because prosecutors failed to definitively match the images to the gun recovered from the Maybach.

The defense had argued that one of the Instagram images showing Gaulden outside Coleman’s house included the hashtag “#propgun.” When an ATF agent testified Thursday, defense lawyer André Bélanger confronted him with side-by-side photos showing a real FNX-45 and a Tokyo Marui Airsoft FNX-45 replica gun. The firearms appeared nearly identical.

ATF Special Agent Kevin Allred said he didn’t believe the gun in the photo from Shyne was an Airsoft because it appeared to lack distinctive “stainless steel markings” identifying the manufacturer — but he conceded the Airsoft pellet gun looked so real that he would feel justified using “lethal force” if it was “pulled out” by a suspect.

Barriere told Rolling Stone that jurors were willing to believe the gun in the Shyne photo was an FNX-45, but they weren’t convinced the gun in the Instagram post was real. Either way, jurors discounted the images because they were captured in different states months before Gaulden’s arrest in Los Angeles, he said.

“We believe the evidence presented in this case supported the charges brought by the grand jury. While we are disappointed with the verdict, we respect the jury’s decision,” Ciaran McEvoy, a spokesman for the U.S. Attorney’s Office in Los Angeles, tells Rolling Stone.

Gaulden stipulated at the trial that he knew he was a felon when he was driving his Maybach in the Tarzana neighborhood of Los Angeles the day of his arrest. The jury did not hear any details of his underlying conviction, which stemmed from a 2016 incident in which Gaulden discharged a weapon near people on a Baton Rouge street when he was 17 years old. Louisiana law allowed prosecutors to charge him as an adult. He was convicted of aggravated assault with a firearm and given a suspended 10-year prison sentence. His probation was terminated after a judge ruled he completed its terms.

A hearing in his still-pending gun case in Louisiana is set for Aug. 2. In that case, Gaulden was detained with more than a dozen others near his grandfather’s Baton Rouge home on Sept. 28, 2020 after someone reported seeing someone brandishing a firearm. The federal judge on that case recently upheld a decision throwing out video evidence in the case because it was obtained with a faulty search warrant.