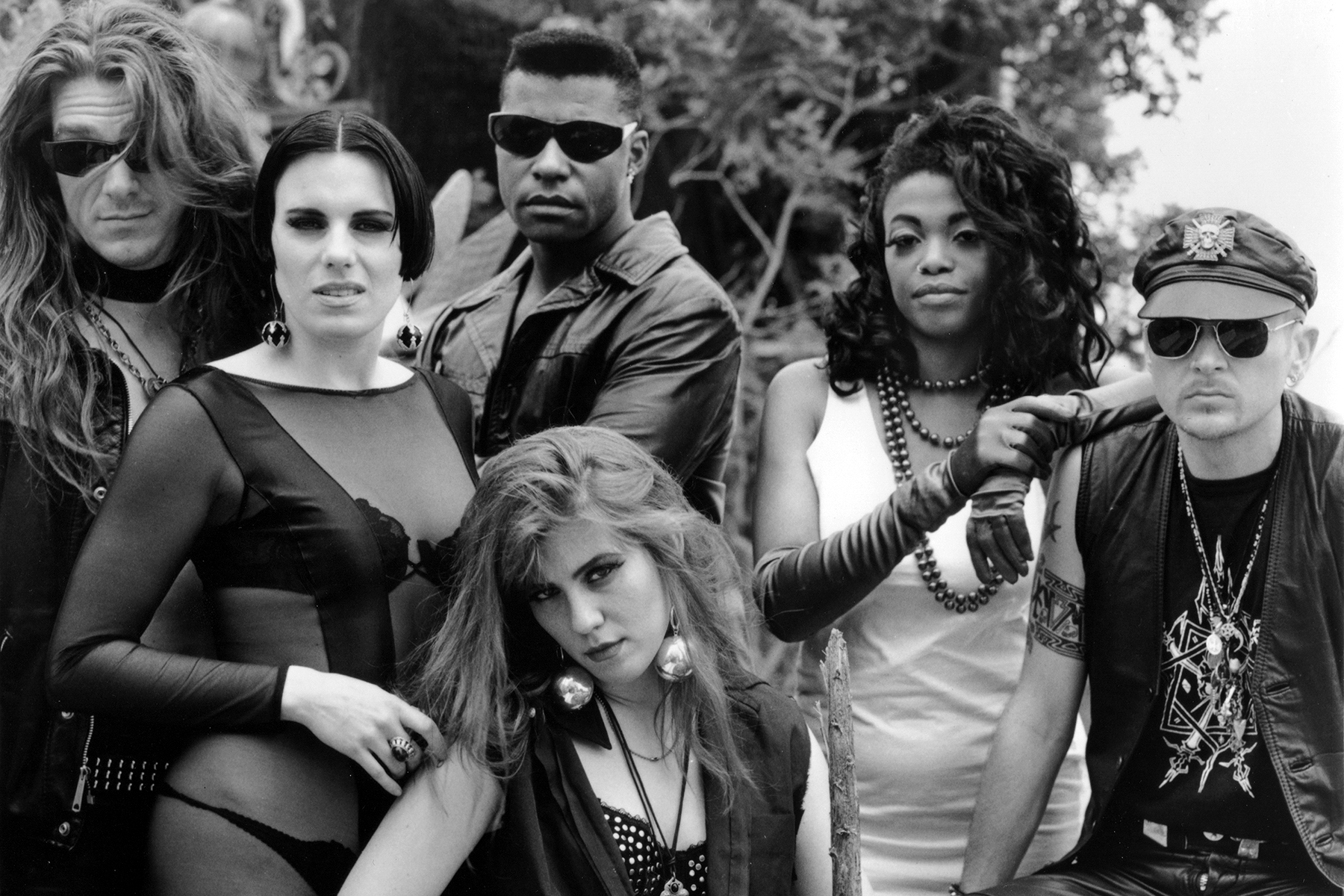 Nearly four decades since My Life With the Thrill Kill Kult innovated a club-friendly take on industrial music, the group is reissuing its lubricious third album, 1991’s Sexplosion!, with an near-forgotten outtake that the group has reworked. The track, “Any Way Ya Wanna,” contains all the feel-good disco vibes and tongue-in-cheek kitsch of Sexplosion! with funky horns, bouncy piano, film samples, and frontman Groovie Mann telling you to “do it any way you can.” The limited-edition double-LP reissue will ship mid-June via its original label, Wax Trax! and is available for preorder.

The video, a psychedelic montage of movie clips with fuzzy imagery of the band directed by sound and visual artist Animoscillator, harkens back to the group’s early Nineties aesthetic.

“‘Any Way Ya Wanna’ was one of those songs that fell along the wayside while we were writing the album Sexplosion!” Thrill Kill Kult multi-instrumentalist Buzz McCoy said in a statement. “It just wasn’t working for us at the time, and we completely forgot about it until Wax Trax! asked us if we had any unreleased tracks from that era. Listening to it 30 years later, we realized the song wasn’t so bad after all. It just needed to be polished up and rearranged a bit to make things flow. I think we got it right this time around.”

Mann described the track with many abbreviations in his own inimitable way: “Killer Koolest Lost Disko track from the molten vaults ov MLWTTKK, escorted by Sexiness & Flash to Put all TKK Back into ‘The TKK Disco-Dance Trance!’”

Sexplosion! marked Thrill Kill Kult’s crossover moment, thanks to a lighter, more free-spirited approach to industrial music than their contemporaries in Ministry and Nine Inch Nails. The trippy disco-fied title track, which combined James Bond samples with conga drums, made it to Number 10 on Billboard’s Dance Club Songs chart, which attracted major label Interscope to sign them and release Sexplosion!’s “Sex on Wheelz” as a single. That track, which plays off rock & roll car songs with a more aggressive sound, bowed at Number 15 on the Dance Club Songs chart and crossed over to Number 17 on the Alternative Songs chart. The success led to two major label albums, 13 Above the Night (1993) and Hit & Run Holiday (1995) and the approval of Beavis and Butt-head.