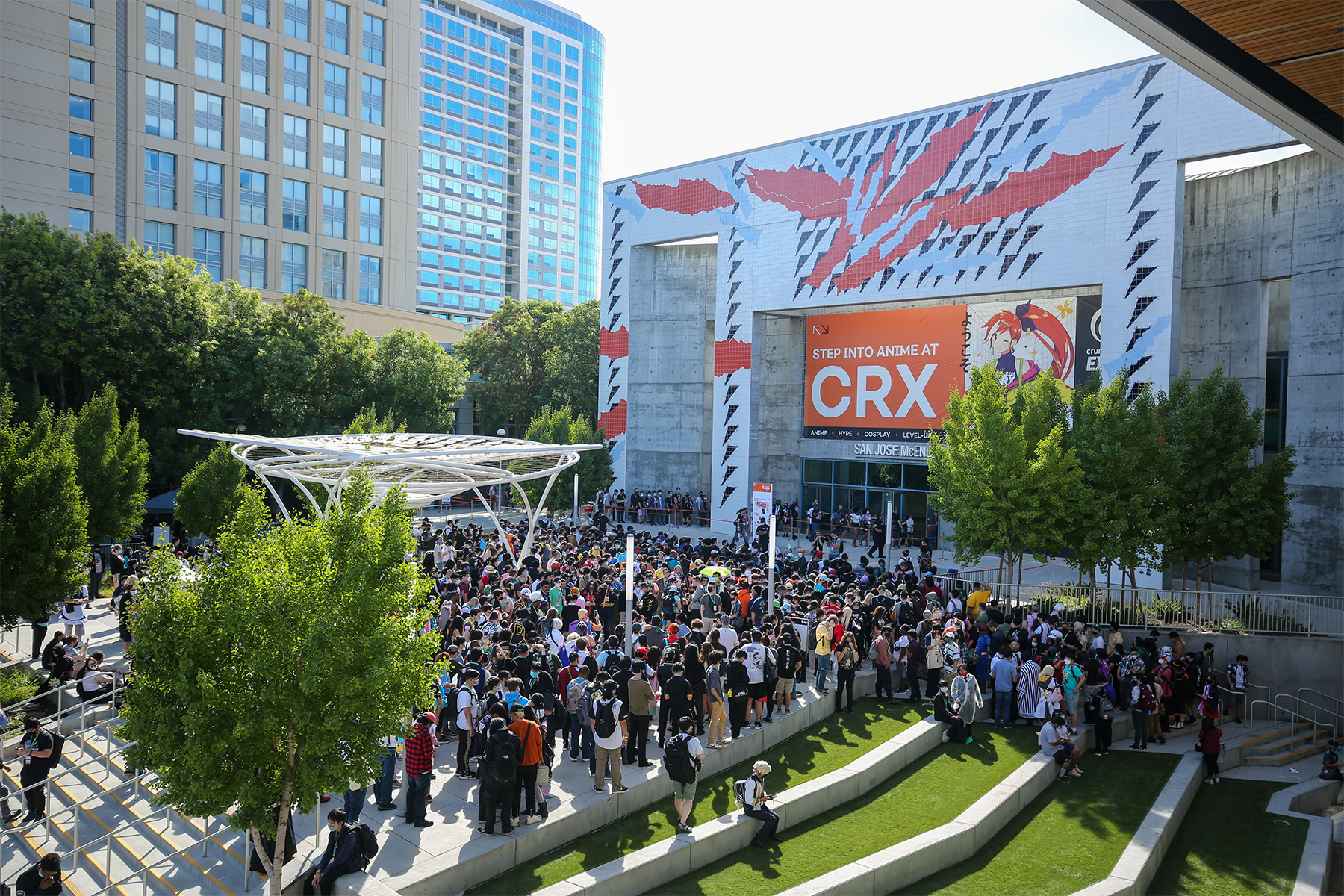 Japanese culture thrived at Crunchyroll Expo 2022, with creators, musicians and legions of fans packing the San Jose McEnery Convention Center last week. There were cosplayers, anime screenings and extensive collectibles, but perhaps the most notable event was the live performances of Japanese bands like SiM, Burnout Syndromes, and Atarashii Gakko!

As anime music gains traction around the globe, an unforgettable highlight of CRX was the rock band SiM performing their massive hit “The Rumbling” for the first time in the United States before scores of screaming fans. The song, which is the latest theme for the popular anime Attack On Titan, is featured on Spotify playlists like “Anime Hits,” and Apple Music playlists like “New In: Anime” and has over 100 million streams between its TV size and regular version on Spotify alone.

SiM vocalist Manabu Taniguti said the band was excited to play in the U.S. for the first time in six years and pleased that the track has helped to strengthen overseas appreciation for Japanese music.

Members of Burnout Syndromes and Atarashii Gakko!, said the adulation of American audiences is somewhat surprising, especially for Burnout Syndromes, who played their first U.S. show ever on Saturday at CRX.

“When we had fans from overseas saying that they really enjoyed our music, we realized that our music had transcended time and place.” said Taiyu Ishikawa of Burnout Syndromes hours before playing the anime opening themes for Haikyu!! and Dr.STONE to an ecstatic crowd.

Mizyu, leader of the J-pop group, Atarashii Gakko!, also thought of their popularity in the U.S. as surprising, noting that American fans have such a deep love of their music that they “notice things that Japanese fans don’t even notice.” Members of the band also described American fans as having “very big voices” compared to Japanese audiences, which was apparent during their choreography-filled set.

American fans and their “very big voices” carried these Japanese bands through their performances and the environment at CRX was a perfect venue for these artists wanting to make it big around the globe.

For more coverage of CRX 2022, check out our recent breakdown from our Twitch channel