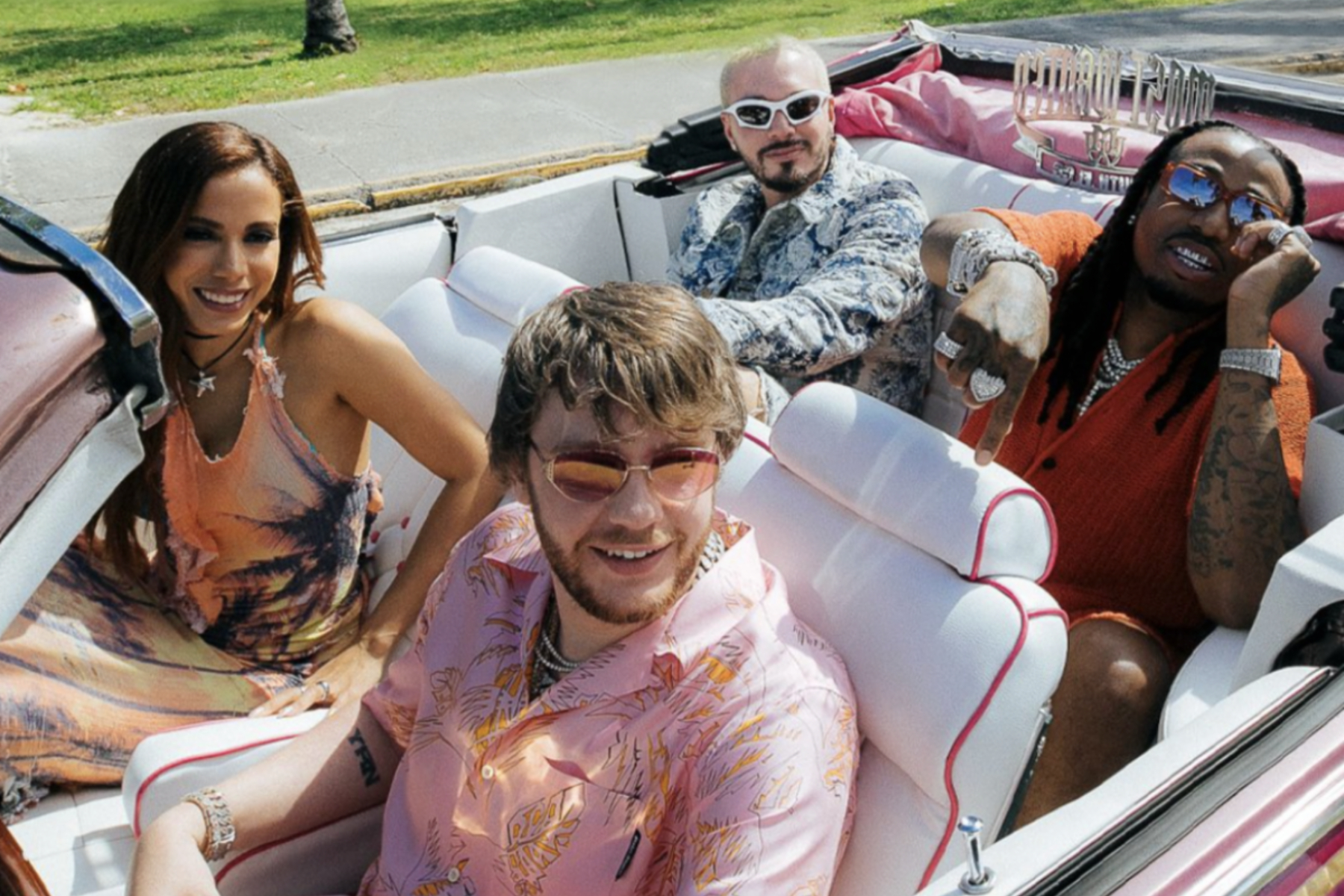 Murda Beatz assembled the superstar cast of Quavo, Anitta, and J Balvin for his party-ready new single, “No Más” — which also features hit-maker Pharrell as co-producer.

The bass-heavy track arrived alongside a Miami-set music video, produced by Fela and directed by Jackson Tisi. The sun-filled clip sees the singers riding around in luxury cars and chilling on white sand beaches as they lay down the track.

“It’s a record I’m excited about, bringing four different worlds together; America, Colombia, Brazil, and Canada,” Murda Beatz said in a statement. “And, of course, having the chance to work alongside a legendary producer like Pharrell is incredible. It’s just the perfect record for the summer.”

“No Mas” is the second release of the year from Murda Beatz, following “One Shot,” which featured Wale and Blxst. The producer previously teamed up with Quavo in 2020 for online singing competition “Step Up to the Mic,” hosted by social media app Triller.

Balvin, meanwhile, recently postponed the entirety of his North American Jose tour, which was set to begin in San Antonio in April. The 28-date tour was scheduled in support of Balvin’s fifth studio album Jose, shared back in September. He confirmed that new dates are in the works with more information to come.