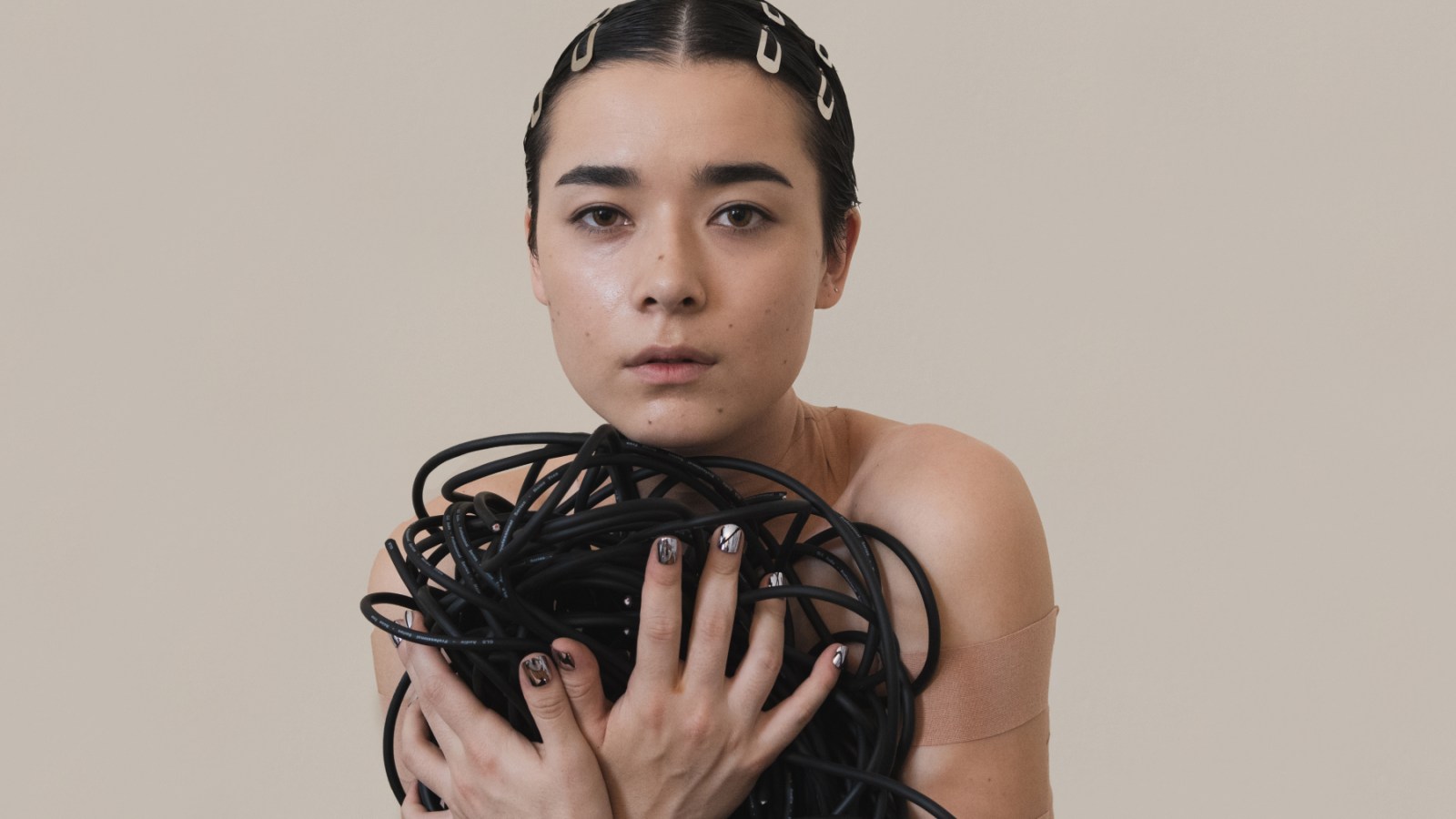 Miss Grit, the moniker of rising singer-songwriter Margaret Sohn, has released a new song, “Follow the Cyborg,” which will serve as the title track from their debut album, out Feb. 24, 2023, via Mute.

“Follow the Cyborg” boasts the energy of an unbridled dance track (the percussion was provided by Warpaint’s Stella Mozgawa) with breathy bits of saxophone and Sohn’s expertly crafted guitar tones. As Sohn builds to the hook, they sing, “Cause I was born to pose/Oh I was born with clothes/I’m a living girl/A real living girl/Your real living girl.” (A second version of “Follow the Cyborg,” sung in Korean as “사이보그를 따라와,” will also appear on the album.)

Sohn also shared a music video for “Follow the Cyborg,” which was directed by Curry Sicong Tian and draws on sci-fi flicks and anime, as well as Wong Kar-wai’s 1995 drama, Fallen Angels. “I wanted to place my body in the cyber world, allowing the different variations of my ghost to move about freely,” Sohn said in a statement. “I wanted to look a little freakish, unrecognizable to myself to avoid my instinctive filtration.”

“Follow the Cyborg” is the second song Miss Grit has shared from this upcoming album, following “Like You,” which dropped in September. Sohn recorded the album in their home studio, crafting most of the album alone, though enlisting a few collaborators such as Mozgawa, Aron Kobayashi Ritch of Momma, and Pearla. Follow the Cyborg follows Miss Grit’s 2021 EP, Impostor.