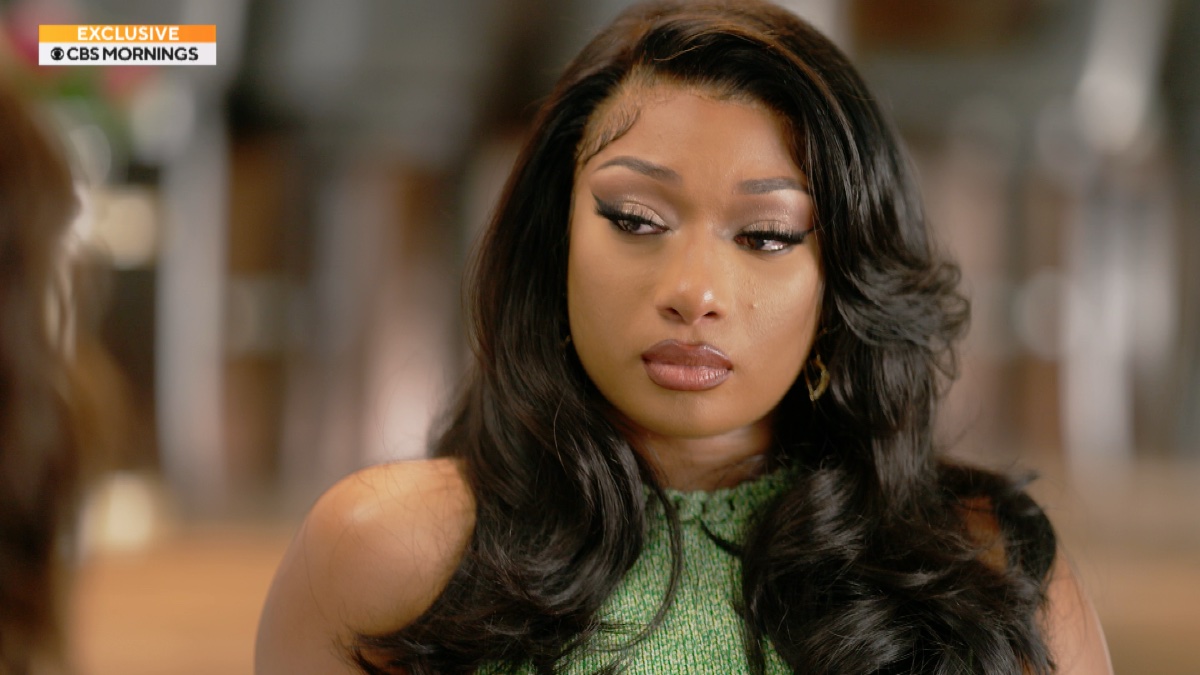 Megan Thee Stallion opens up about the alleged Tory Lanez shooting incident for the first time in an emotional interview with CBS Mornings that will air Monday, April 25.

Ahead of the full interview, the show shared an excerpt Sunday where the rapper talks with Gayle King about the moments that led to the shooting, and when Lanez allegedly opened fire.

“It was an argument because I was ready to go and everybody else wasn’t ready to go. But that’s, like, normal friend stuff,” Megan said. “We fuss about silly stuff all the time. But I never put my hands on anybody. I never raised my voice too loud. Like, this was one of them times where it was, like, it shouldn’t have got this crazy.”

While many of the details regarding the “drunken dispute”-turned-shooting were first revealed in Megan’s testimony at Lanez’ pre-trial hearing on felony charges, the interview marks the first time the rapper has spoken about the July 2020 incident on camera. Speaking to Gayle, Megan confirmed that, prior to shooting, Lanez told her to “Dance, bitch.”

“So I get out of the car and it’s like everything happens so fast. And all I hear is this man screaming. And he said, ‘Dance, bitch.’ And he started shooting. And I’m just like, ‘Oh, my God.’ Like, he shot a couple of times. And I was so scared,” she told King.

“He is standing up over the window shooting. And I didn’t even want to move. I didn’t want to move too quick… If I take the wrong step, I don’t know if he’s gonna shoot something that’s, like, super important. I don’t know if he could shoot me and kill me… I was really scared ’cause I had never been shot at before.” Megan “suffered gunshot wounds” to her feet from the incident.

Lanez was formally charged in Oct 2020 with one count of assaulting Megan Thee Stallion – legal name Megan Pete — with a semiautomatic firearm in a manner that “personally inflicted great bodily injury,” and one count of carrying a concealed, loaded, and unregistered firearm in a vehicle. A protective order barred him from contacting  either in person or otherwise.

Earlier this month, Tory Lanez — legal name Daystar Peterson — was briefly detained for violating that protective order, though he was released on a higher bail ahead of his trial, tentatively set to begin Sept. 14. Lanez previously pleaded not guilty to all charges; if convicted as charged, he’s facing a maximum sentence of 22 years and eight months in prison.

Pete didn’t publicly identify Peterson as her alleged assailant for weeks after the incident, but finally named him more than a month later in an Instagram post.

“Tory shot me. You shot me, and you got your publicist and your people going to these blogs, lying and shit,” she said in the video posted Aug. 20, 2020. “Stop lying. Why lie? I don’t understand. I tried to keep the situation off the internet, but you’re dragging it… Even though he shot me, I tried to spare him. And ya’ll motherfuckers is not sparing me. That’s crazy.”