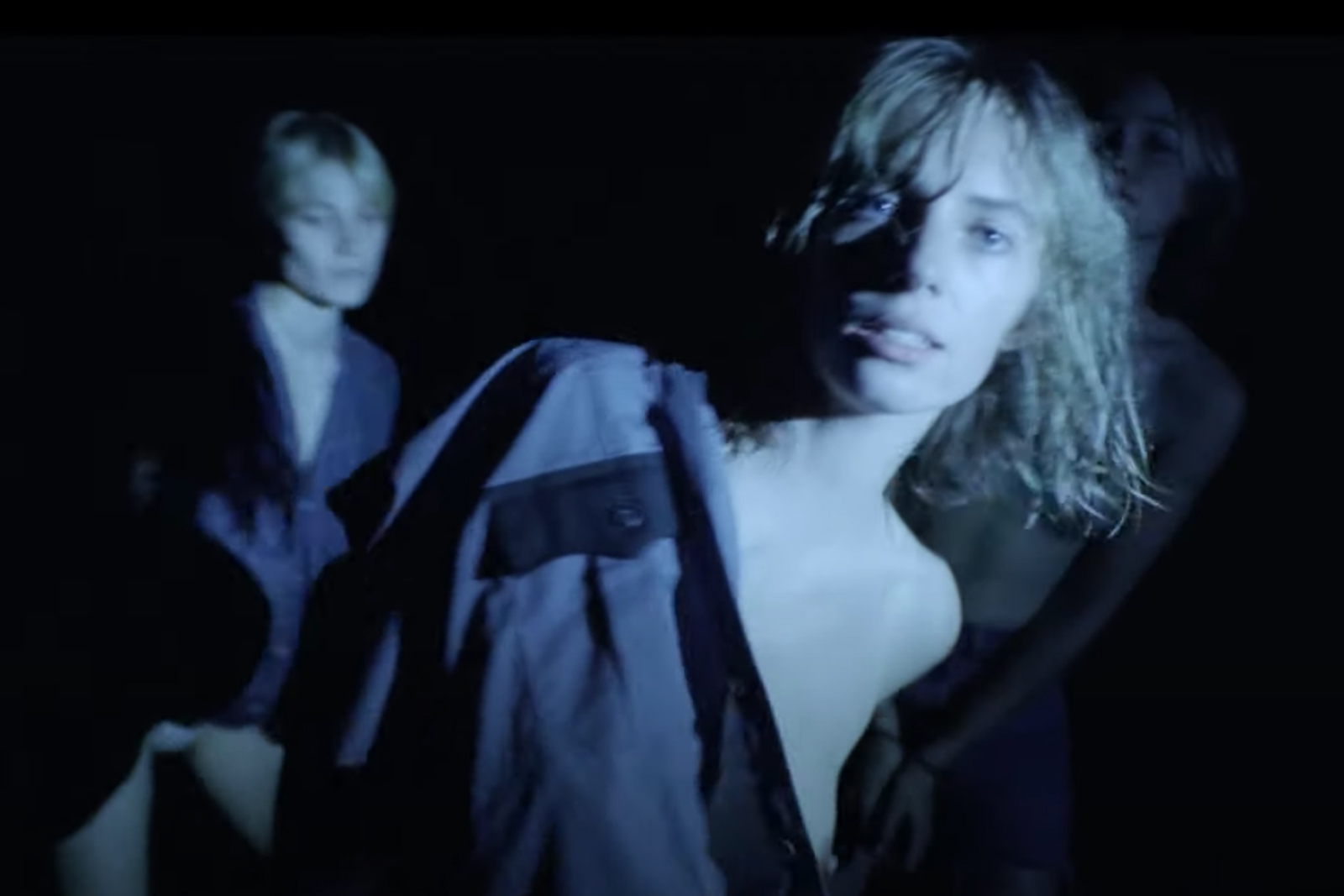 The steamy gathering is short-lived, as police bust the event and send the group running throughout the forest — but Hawke’s character and her accomplices aren’t swift enough to get away.

Standing naked in the woods, she softly sings: “She reminds me of memories / Sleeping off the growing pains.”

In an interview with Dazed, Hawke described the central theme of the “Thérèse” music video as depicting “the feeling that loneliness is the worst thing, until you realize it’s far superior to bad company; about how free we are as kids and then as we go through puberty and culture crushes down on us and instead of being ourselves, we start to try and be like everyone else.”

Hawke and Corbet initially crossed paths when Hawke auditioned for one of the director’s films. She also pulled inspiration for the visual from Japanese photographer Kohei Yoshiyuki, whose series Kōen captured sex in the wild, photographing sexual activities hosted at parks throughout Tokyo in the dark of the night.

“Brady saw the video very clearly in his head, but I can’t imagine he could have guessed how well his idea fit with what I wanted to reveal and express about the song,” Hawke said. “I hope people like it or hate it, or whatever. I hope it makes them feel something other than shame, self-hatred, and loneliness. I think we are all tired of feeling like that.”