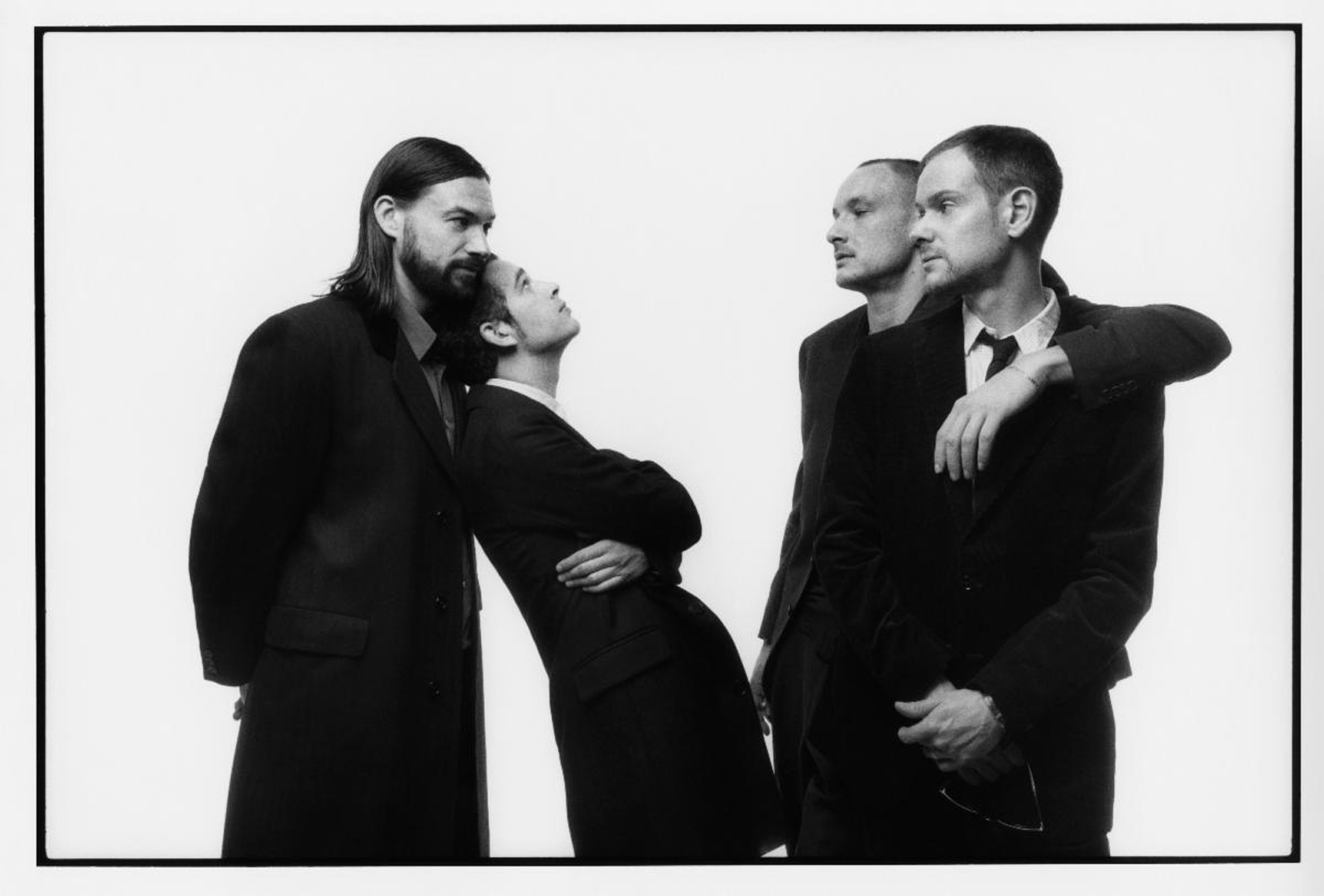 Can someone check in on Matty Healy? On Thursday, the 1975 released the single “Part of the Band,” a strange song backed by violins and a soft melody and follows the group’s frontman as he reflects on imaginary handjobs, a bad relationship with a dude, and whether or not he’s just a basic white guy.

“I always used to bust into her hand in my, my, my imagination/I was living my best life, living with my parents,” he sings in the first verse. “Way before the paying penance and verbal propellants and my, my, my cancellation.” (Healy briefly deactivated his Twitter after he was accused of using the 2020 killing of George Floyd to promote his new song on social media. That might be what he’s referring to.)

The song seems to be a stream of consciousness for Healy as he sings about “Vaccinista tote bag chic baristas” and “communista keisters” before reflecting on his own identity.

“Am I ironically woke? The butt of my joke?/Or am I just some post-coke, average, skinny bloke/Calling his ego imagination?” he sings on the track’s outro.

The song is set to be part of the band’s fifth LP, Being Funny in a Foreign Language, out Oct. 14. They last joined No Rome and Charli XCX on “Spinning” in 2021. They also released their 22-track album Notes on a Conditional Form in 2020.

Being Funny in a Foreign Langauge tracklist: