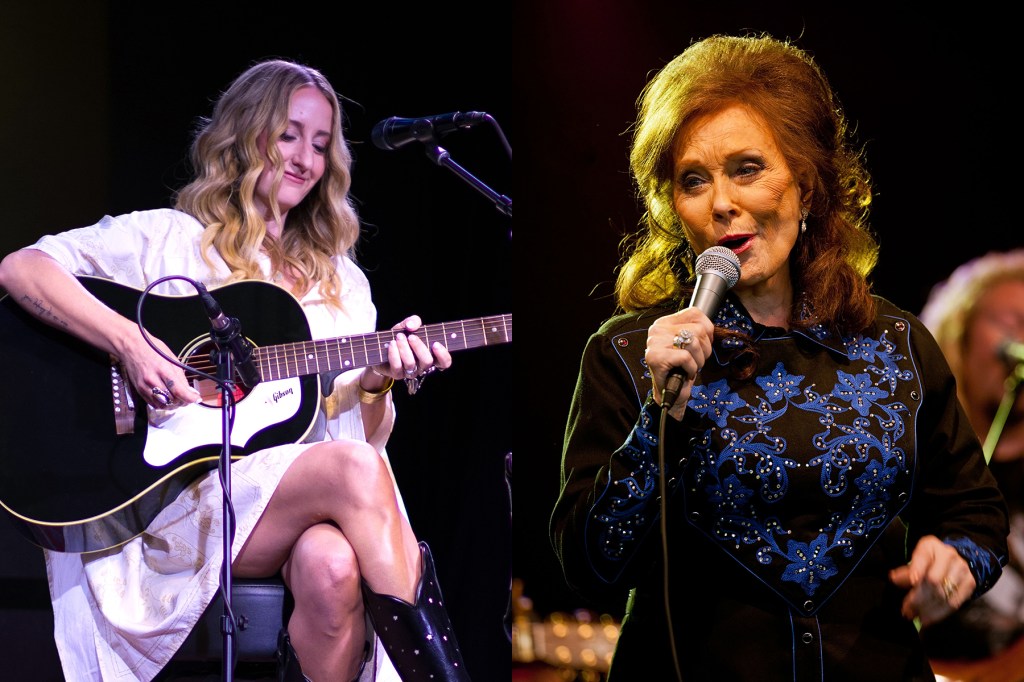 “Her writing was as real as the day is long and she didn’t take no shit,” singer says of country music icon who died on Tuesday

Loretta Lynn paved the way for generations of country music artists, many of whom have taken to sharing their most cherished interactions with the iconic performer in the wake of her death at age 90. Country singer and songwriter Margo Price shared her own tribute on Instagram, writing: “It’s safe to say I wouldn’t even be making country music today if it weren’t for Loretta Lynn.”

Price posted a carousel of photos captured at performances she shared with Lynn alongside her message. “She showed me what it looked like to be a musician and a mama,” she added. “Her writing was as real as the day is long and she didn’t take no shit. This one hurts on another level… I’ll miss her forever.”

The pair first officially collaborated last year on a duet version of Lynn’s classic 1971 recording of “One’s on the Way” in celebration of her 50th studio album Still Woman Enough. The song, written by Shel Silverstein, took on a new form when the country star put her own spin on its honest retelling of the stories of motherhood.

“It was an important song at the time, and it’s still an important song — to be able to talk about birth control and women’s rights in country music, is legendary,” Price shared of the duet at the time. She had approached Lynn herself to request they perform the track together 50 years after its original release.

“Loretta said you have to either be first, great, or different — she was all three,” Price continued. “She is such an important figure to me. She’s larger than life in so many ways. She really was no frills, no BS, singing straight from the heart. Men can sing about sex. They can sing about straight-up murdering someone. And it was fine and Loretta was not afraid to step on any songs. She wrote her truth.”