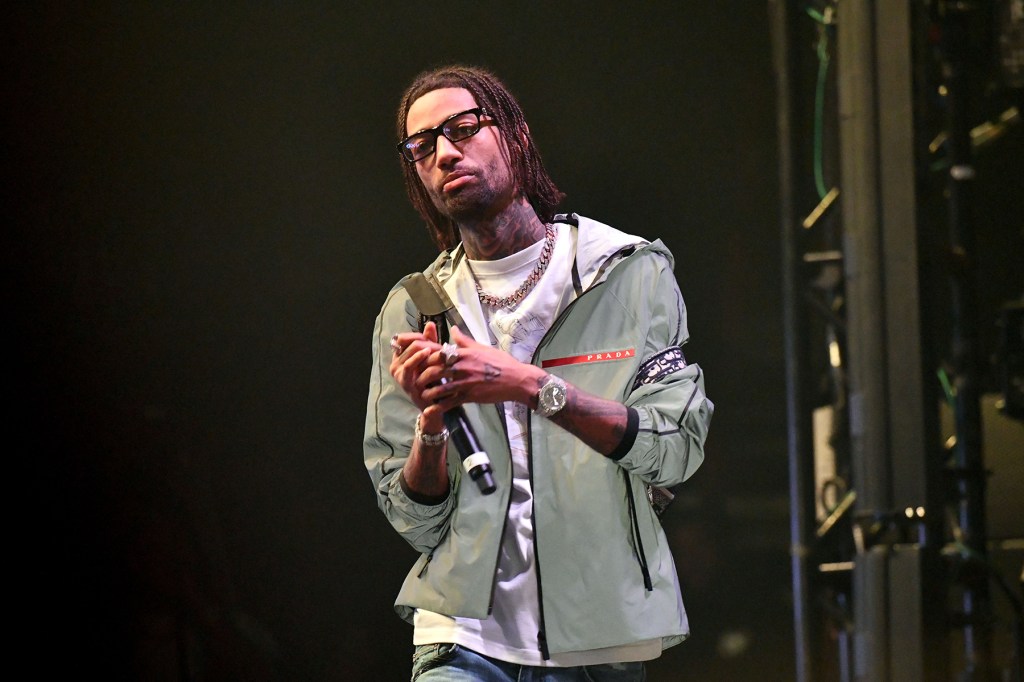 In the aftermath of Philadelphia rapper PNB Rock’s murder in Los Angeles earlier this month, a Minnesota man has come forward to clear his name after being implicated by the rap blogosphere. Emmanul Danquah, aka South Side Chief, is a Minneapolis-based videographer and media personality who had a pair of Instagram Live arguments with PNB Rock over an allegedly stolen shirt design. In the days after PNB Rock’s fatal shooting while dining at a South L.A Roscoe’s Chicken and Waffles, the clips were shared on YouTube and social media platforms, rebranded with sensationalist titles describing him as the killer. Despite there being no evidence that Danquah is a suspect in the murder, YouTubers and rap blog accounts decided to misrepresent their 2021 disagreement as one that took place days, even minutes, before PNB Rock’s shooting.

Danquah has tried to push back against the rumor online, saying that he had nothing to do with the murder, and that he and PNB Rock were on cordial terms. “I didn’t have anything to do with it,” he said during an interview on the Drea O Show YouTube account. “I wasn’t there, I didn’t make an ‘OG phone call’ or anything.”

Danquah told show host Drea Oppan that he and PNB Rock argued on Instagram last year after the rapper used a photo from the post-George Floyd uprising that Danquah had previously used for a shirt design that gained notoriety in Minneapolis. When PNB Rock posted the shirt, featuring a picture of a burning building, to his Instagram accounts, people tagged Danquah, and the two eventually confronted each other on IG Live. During one of the exchanges, PNB Rock exclaimed to viewers, “give this man all the clout he want, he just reachin.’” The two men went back and forth, then Danquah threatened to take PNB Rock’s chain off his neck, and asked, “where you at?” At the end of the session, after PNB Rock called him a “bitch” and logged off, Danquah said, “bet, I’mma make you eat that.” YouTubers linked those comments to PNB Rock’s fatal robbery, where jewelry was taken from him, and ran wild.

Despite the unfortunate coincidence of Danquah’s statements, he says that he played up the disagreement to capitalize off of the newfound attention. “I’m knowing in my head, ‘okay, I’m finally getting the national attention for this, I’mma play it out like this,’” he told YouTuber TruthTeller TV in another interview. “But everything that I’m standing on is real shit…you really took my shirt.” Danquah admits that “it wasn’t much for me to do except poke at him online,” but his attempts to add “gasoline” to their disagreement ended up backfiring thanks to the internet.

Unfortunately, this isn’t the first time that online sleuths have falsely implicated people in murders. In the aftermath of Young Dolph’s death in November 2021, several Instagram accounts sprouted up poring over surveillance footage and social media activity of other Memphis-area rappers to theorize who was involved. In a March feature with Complex, YouTuber Cut 2 Da Chase, who heavily chronicled the Dolph murder, said that he reports on the conjecture of open cases because he wants to “get justice for people.”

TMZ reported last week that the LAPD was “under the impression [that PNB Rock’s murder] might’ve been more than just a random robbery … on the contrary, it may have been a planned execution by a foe.” An LAPD source refutes that description, telling Rolling Stone that “at this time that we have not established a motive and we are NOT ‘under the impression’ that this might have been a planned execution. We look at every angle in every homicide. It would be irresponsible to not look at all the possibilities.”

Danquah told Oppan that he hasn’t been contacted by police in PNB Rock’s murder, and says that even though he wasn’t involved, the Ghanian-American isn’t looking forward to the potential questioning because of “how they treat people like us.” It’s worth noting that their initial disagreement stemmed from a photo taken during a protest of George Floyd’s unjust police killing.

While Danquah and PNB Rock had a rancorous introduction, Danquah says the two were on good terms when PNB passed, allegedly planning an exhibition boxing match. In another video Danquah showed screenshots of the two interacting about the fight on Instagram. “He was a real one,” Danquah told Drea O. “He was gonna give me an opportunity to change both of our lives with this fight that we were promoting.” Despite Danquah clearing his name, the YouTube clips type-casting the Minnesota native as an “LA goon” are still up, indicating that the truth may not be as lucrative as a salacious theory. He told Oppan that when it comes to being labeled a murderer, “it’s a bunch of different emotions, because I’m self-made before this..for the internet to put that label on me by taking some video out of context…I can’t put it in one emotion.”

He says that for him, the moral of this story is “double-check your facts,” and “think twice [about] what you wanna put online, cause you never know how it can come back and bite you.”