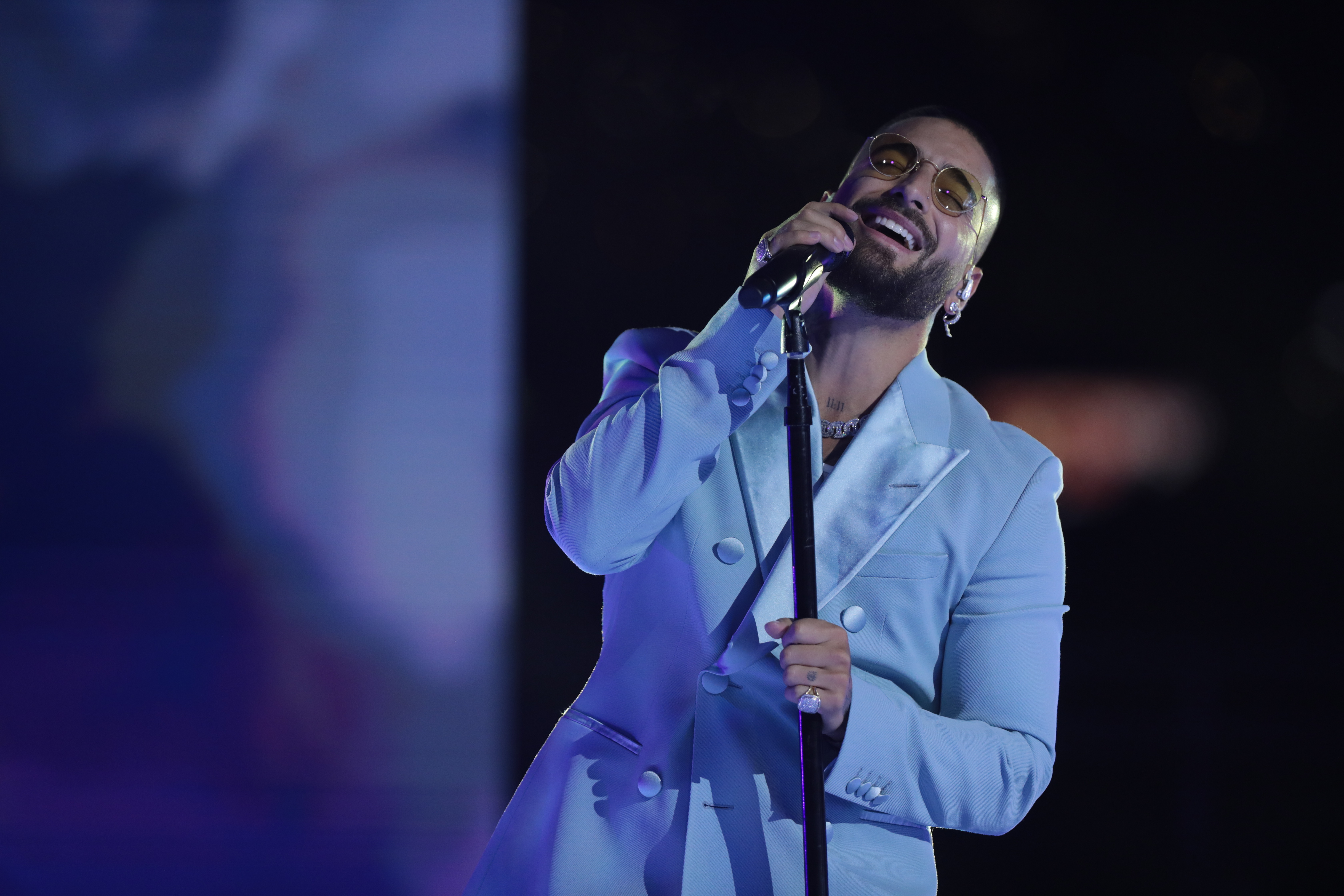 Maluma is heading home — and taking fans along for the ride.

The Colombian singer is set to play a live concert in his hometown of Medellín next weekend, and the entire show will be available to watch online through Amazon Prime.

While fans can get tickets to see Maluma’s Medellin concert in person, Amazon members will be able to watch the Maluma show online for free, with the show livestreaming exclusively on Prime Video and Amazon Music on Saturday, April 30 at 10pm ET / 7pm PT.

In addition to Maluma’s performance, Amazon says the livestream experience will include new music from the singer, plus behind-the-scenes videos, and the launch of limited-edition merch in conjunction with the event. While a setlist has yet to be announced, expect songs from Maluma’s latest album, Papi Juancho, and his 2021 EP, 7 Días en Jamaica (a.k.a. #7DJ). Amazon says fans will be able to get a sneak peek at the full setlist on Amazon Music, prior to the show.

In a statement, Maluma calls it “an honor and joy to bring this concert experience live from my hometown of Medellín to my fans around the world,” adding that “it feels very humbling to think that I went from Medellín to the global stage and that through this livestream on April 30 I will also bring Medallo to the entire world.”

“Maluma is a truly global music icon connecting people across borders and languages, showcasing Latin music’s universal reach—we couldn’t think of a more emblematic artist and moment to connect with fans around the world,” adds Rocío Guerrero, global head of Latin at Amazon Music. “By using the full reach of Amazon Music, we’re able to bring fans unique and immersive concert experiences from their favorite artists, during the most important moments of their careers, so they don’t miss them. This is only the beginning and we can’t wait for more.”

Next weekend’s livestream is only one part of the “Medallo en el Mapa” experience. A live EP featuring songs from the concert will be released on May 20. And fans can log onto the Amazon Music app to watch “The Tour Diaries,” which Amazon says takes fans “on an intimate journey inside the making of Maluma’s iconic concert.”

This will be Maluma’s first show back in Medellin since a 2019 date on his 11:11 World Tour. The singer is currently finishing up his Papi Juancho tour, which has a couple of dates left in the U.S. before heading to Mexico and Spain.